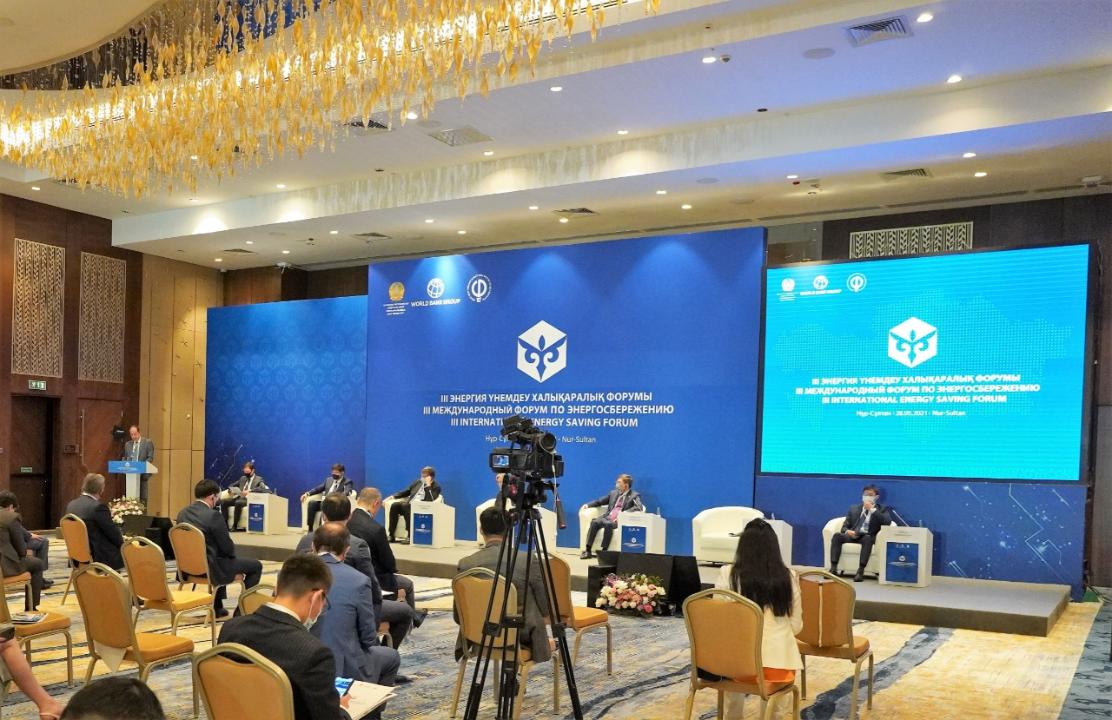 The task is set to reduce the energy intensity of Kazakhstan’s gross domestic product by 30 percent by 2030 and by 50 percent by 2050 from the 2008 level.

“The algorithm is such that when the first energy audit is conducted at facilities, be it a school or hospital, after that based on the results, all weaknesses are cleared and thermal modernization is carried out. We see today that it is a nearly 30 to 40 percent reduction in heat and 15 to 20 percent in energy consumption. This results in decreased budget expenditures,” said Kazakhstan’s Electric Power and Energy Saving Development Institute Chair Bakytzhan Smagulov in a video address to the forum.

The meeting reviewed the nation’s energy-saving policy over the past ten years, the current challenges in the field, digitalization, and energy monitoring as a factor in improving energy conservation and energy efficiency, standards in energy efficiency, as well as energy-efficient buildings.

The meeting participants noted that energy efficiency remains the major trend in the global economy that comprises all aspects of technological and infrastructural development, modernization and diversification of the economy, and most importantly the growing economic competitiveness and efficiency.

The government plans to adopt a law that will introduce new approaches to regulation in energy conservation and increasing energy efficiency. A road map to energy saving and energy efficiency is expected to be adopted soon.