NUR-SULTAN – Kazakhstan and the Netherlands signed agreements in the development of agriculture exceeding 100 billion tenge (US$232.5 million) during the visit of the Dutch delegation to Kazakhstan, reports Kazakh Prime Minister’s press service. 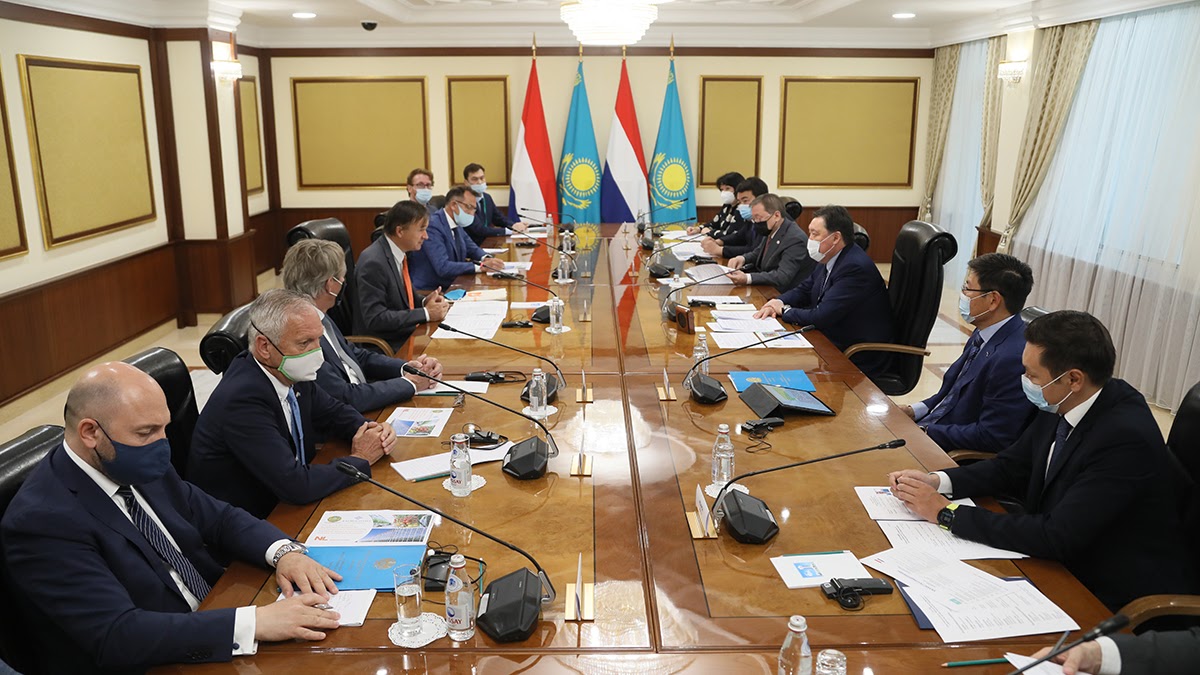 Kazakh and Dutch delegations at the meeting. Photo credit: primeminister.kz

Agreements were signed to launch joint projects for the development of horticulture and seed potato production in Kazakhstan, as well as biological plant protection products, the construction of greenhouse complexes in Kazakhstan, a demonstration station, and a high-tech research center in the Turkistan Region.

The projects are expected to create quality jobs in Kazakhstan, introduce advanced technologies and practices in the field of agriculture, as well as increase the level of food security and export potential of Kazakhstan.

Many of these companies are considered the world’s leaders in the production of greenhouses, agricultural equipment, seeds, and the biological protection of plants.

During their meeting, the sides discussed the prospects for cooperation in the agricultural sector, including the introduction of cloud computing, artificial intelligence, and innovative technologies in the development of greenhouse complexes, seed production and other sectors of agriculture in Kazakhstan.

As part of their visit to Kazakhstan, the delegation of Dutch companies is expected to visit Almaty, Aktobe, West Kazakhstan regions, and the city of Almaty to discuss joint projects with regional executives and Kazakh partners.

The Netherlands is among the major foreign investors in the Kazakh economy. There are more than 900 enterprises with participation of Dutch capital working in Kazakhstan in the energy, engineering, construction, transport, and logistics as well as agro-industrial sectors.