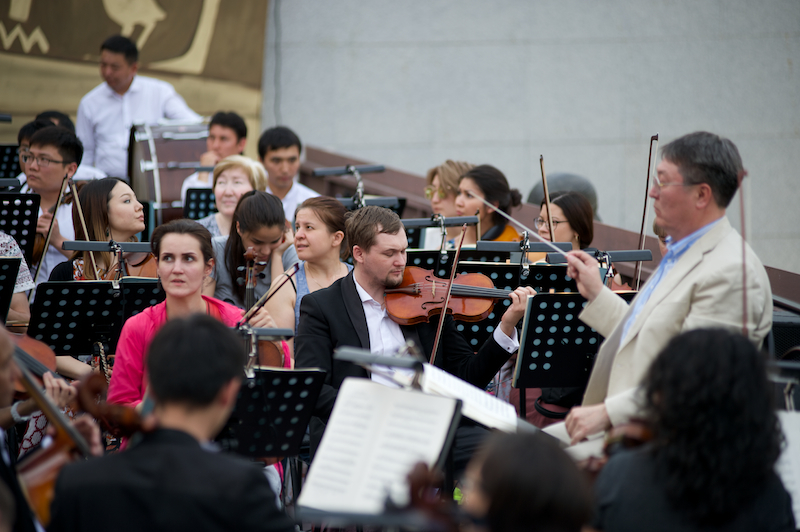 The concerts are organized with the support of the Ministry of Culture and Sports.

The concerts will be held in front of the Affari business center on Mambetova Street and at the Central City Park amphitheater.

Masterpieces of the Vocal Music concert will be performed on Mambetova street on June 13 and will begin at 8 p.m featuring famous opera arias and duets, popular folk songs and art songs, instrumental pieces.

The Children Give a Gift of Art concert will begin at 12 pm on June 13 and June 19 on the same site.

On the weekend of June 26-27, Astana Opera invites people to watch the Opera Gala concert with Astana Opera’s principal soloists, choir and symphony orchestra who will perform Kazakh and Western European opera arias and duets, as well as instrumental and choral works.

To mark the Capital Day celebrated by Kazakhstan on July 6, Astana Opera will present a production of Gaetano Donizetti’s opera buffa Don Pasquale – the PICCOLO Theatre – in the city park on July 5 at 8 p.m.

The music director of the production is Abzal Mukhitdin, the artistic director is Ala Simonishvili, and the set and costume designer is done by Manana Gunia.

The production will be performed by a diverse group of professionals from different countries. Among them are Libuse Santorisova from the Czech Republic, a tenor from Japan Etsuo Doi, Aleksey Shapovalov from Russia, Antoine Bernheim from Switzerland, and Yerulan Kamel from Kazakhstan. Maestro Corrado Valvo from Italy will be conducting.

Astana Opera will continue celebrations on July 6 as well with a gala concert to be held at the Central City Park amphitheater.

This is not the first time Astana Opera presents a series of open air concerts.

“Every year, we give grand open-air performances of productions such as Verdi’s opera Aida. Such projects are designed to be educational in nature, and involve Kazakhstan’s citizens in high art. I am confident that we will be able to create a pleasurable, and to some extent, festive atmosphere. We have prepared a lot of surprises, one of which will be the performance of foreign artists from Italy, Switzerland, Japan, Russia and the Czech Republic,” said Astana Opera’s General Director Galym Akhmedyarov.