NUR-SULTAN – Singer and activist Akmarzhan Kusherbayeva, known by her stage name KALIYA, has been appointed UNFPA Honorary Ambassador to the United Nations Population Fund in Kazakhstan. The appointment was announced by the UNFPA Kazakhstan press service on May 13. 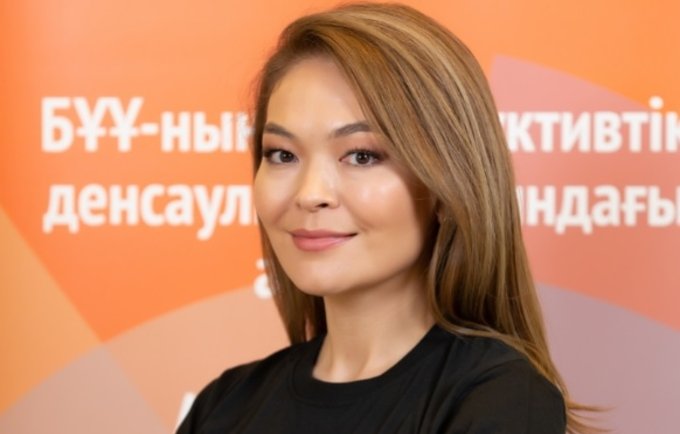 Kaliya is the first Kazakh citizen to be offered the title from UNFPA. The partnership between UNFPA and the singer began in 2017 with the “Kyz Tagdyry” (Her Future) song which turned into the Her Future project aimed at highlighting the problems of gender-based violence, and early and unplanned pregnancy faced by young women and girls. Later on, Kaliya became the UNFPA speaker in Kazakhstan on the sexual and reproductive health of women and youth.

“For too long, people have been reluctant to ask questions about such topics as puberty, menstruation, contraception, how to prevent unwanted pregnancies or sexually transmitted infections. And it undermines the most basic needs and rights of women, girls and youth. Having the right information at the right time, knowing who to talk to in order to get the right information and accessing healthcare without judgment are all crucial for growing up confident, healthy, and protected,” said Kaliya in the UNFPA Kazakhstan press statement.

The singer has been consistent in her dedication to championing the rights of women and youth. Over the past several years, she has participated in a number of national, regional and global events aimed at promoting the right to reproductive health information and services, eliminating taboos and improving women’s health.

In 2019, Kaliya’s song opened the Nairobi Summit in Cairo dedicated to empowering women and girls, at which Kazakhstan pledged its commitment to further advance the International Conference on Population and Development (ICPD) agenda. Last year, Kaliya also became a member of the National Commission for Women and Family and Demographic Policy under the Akimat (city administration) of Almaty.

“Engaging with opinion leaders and influential people is essential to convey and disseminate vital information to those who need it most. We have been cooperating with Kaliya for over four years and are very pleased that we can officially recognize her as an Honorary Ambassador. We look forward to many more years of fruitful work in providing correct and much needed information to everyone,” commented Julia Valese, UNFPA Representative in Kazakhstan and Country Director of Kyrgyzstan and Turkmenistan.

The UNFPA also highlighted the progress made in Kazakhstan in providing access to quality youth-friendly reproductive health information and services. Some of the milestones include increased efforts to improve the quality of obstetric hospital care and antenatal care, the development of the Shyn.kz project on sexual and reproductive health for teens and parents and consistent work on the network of youth health centers (YCH).

However, many challenges remain a high priority, including teenage pregnancies, the level of awareness about HIV and AIDS in society and the prevalence of gender-based violence, which has increased worldwide during the global COVID-19 crisis.