NUR-SULTAN – The Center for Rehabilitation and Consultation under the Department of Religious Affairs of Almaty and the Zarya Vostoka (Dawn of the East) Mosque hosted a celebration of Eid al-Fitr on May 13 for women and children who returned to Kazakhstan from the Syrian-Iraqi conflict zone, reports Zakon.kz. 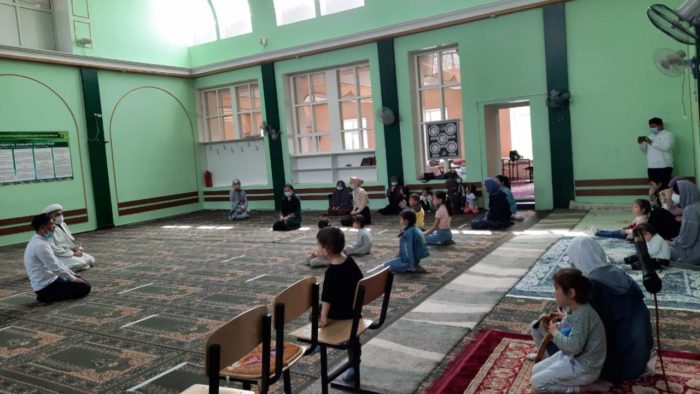 Photo credit: The Center for Rehabilitation and Consultation under the Department of Religious Affairs of Almaty.

The organizers aimed for the event to serve as a facilitator for the children’s reintegration into Kazakh society by creating a festive mood and a safe and friendly environment. The celebration included entertaining and educational games and a Koran reading competition. All guests were awarded prizes and gifts, as well as necessary aid in the form of clothes and shoes.

Children and their families have been returned to Kazakhstan from Syria as a result of the Jusan humanitarian operation launched in 2019 by the initiative of Kazakhstan’s First President Nursultan Nazarbayev. The name of the operation, Jusan, is translated as bitter wormwood from Kazakh, which is often associated with the scent of the steppes and has an association with the motherland in Kazakhstan.

According to the Kazakh National Security Committee, as of March 2021, the humanitarian operation successfully evacuated 600 Kazakh citizens, including 413 children, out of which 34 are orphans. The majority of the returned population are placed in special adaptation centers to undergo comprehensive rehabilitation work with theologians, religious scholars, psychologists, teachers and lawyers.