QINGDAO – The annual turnover between China and the countries of the Shanghai Cooperation Organization (SCO) has reached $245 billion in 2020, reports Kazinform. This was announced at the SCO Qingdao Forum on Local Economic and Trade Cooperation, which opened on April 26 along with the 2021 SCO  International Investment and Trade Expo in Qingdao. 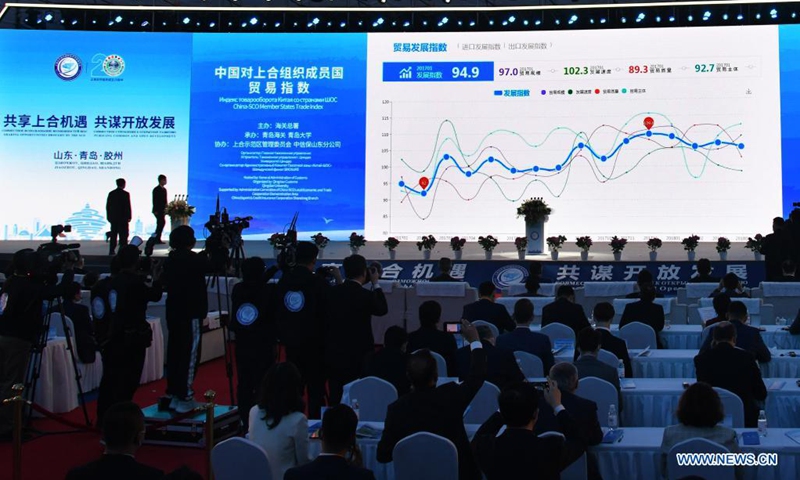 The opening ceremony of the 2021 SCO Qingdao Forum on Local Economic and Trade Cooperation and the SCO International Investment and Trade Expo in Qingdao, China. Photo credit: Xinhua.

Li Kuiwen, spokesman and director of the Department of Statistics and Analysis at the General Administration of Customs of China, announced that the commodity exchange with the SCO countries amounted to $70.44 billion in the first quarter of 2021 indicating a 19.2 percent growth since last year’s first quarter.

The trade between China and Kazakhstan increased by 24.5 percent in the first quarter of 2021 compared to the same period last year.

Uzbekistan’s economy experienced a similar surge in its trade with China (24.3 percent), while India (33 percent) and Pakistan (29.7 percent) showed more intense growth. Russian-Chinese trade cooperation improved by 7.5 percent. Kyrgyzstan and Tajikistan, on the other hand, are undergoing a drop in their trade turnover with China with a decline of 35.6 percent and 16.1 percent respectively.

The SCO was created with the goal of developing economic ties, foster deeper cooperation and encourage cultural fusion, all of which was emphasized by the members during the forum. Going forward, such areas as trade and logistics, new energy, high-end manufacturing, culture tourism and biomedicine were highlighted as priority areas for the SCO’s growth.