NUR-SULTAN –  The Shanyrak National Arts Center led by the regional amateur folk art, film and video center opened its doors in the town of Tobol in the Kostanai region, the regional city administration reported.

The opening ceremony of the center took place on April 12, 2021. Photo credit: Press service of the Kostanai region’s administration. Click on the picture to see the map.

It is the first art center to be established in the region and it is located at the local cultural house.

“The center intends to participate in international, republican, regional competitions for national art, to provide comprehensive support for artists and to conduct various creative public events. We have specifically designed a plan for this. The city and regional culture houses have their doors open for our colleagues working with traditional art. They will be able to visit this center and participate in masterclasses led by qualified specialists,” said head of the center Aigerim Koshkenbayeva. 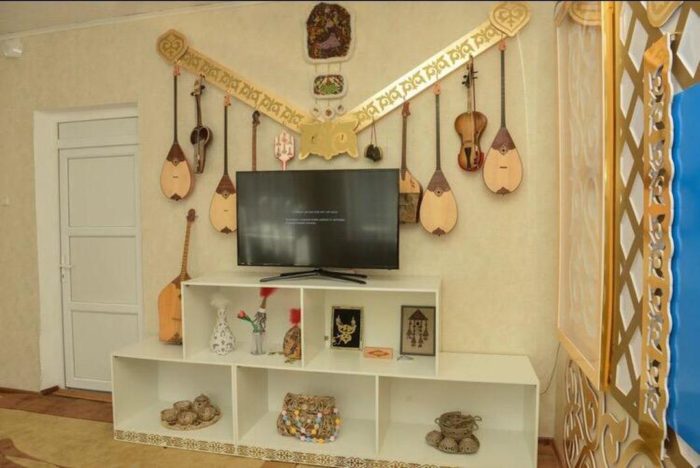 The center is created for the lovers of Kazakh national art in the Kostanay region to provide them with spiritual support. The mission of Shanyrak (named after the circular opening at the top of the yurt) center is to popularize the creative achievements of traditional singers, such as zhyrshy, kuyshi and others.

In Kazakh culture, there are several types of musical artists. Zhyrshy are the storytellers and performers of epos and major epic works, while zhyrau are creators and storytellers of epic poems. Kuyshi are virtuoso instrumentalist artists and akyns are poets specializing in improvisation. Other types of Kazakh singers include anshi-olenshi artists who are singers and sal-seri artists who compose text and music on their own. 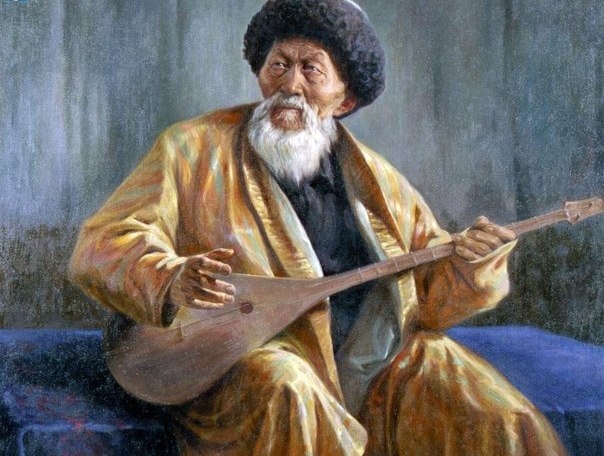 The portrait of the great Kazakh poet Zhambyl Zhabayev.

Kazakh singers typically choose their style depending on the specificity of their voices. They also create their repertoire based on the traditional school of music which they follow. For example, these schools can be found in the western, central and southern regions of Kazakhstan.

Traditionally, Kazakh musical artists mirrored social and familial morality themes in their content. Throughout history, they have played a significant role in their community’s spiritual and personal development.

The head of the regional department of culture, Erlan Kalmakov, who was also present at the opening of the Shanyrak art center, shared the preliminary results of the Kostanay region’s recent cultural development.

“Throughout the four years of the implementation of the Ruhani Zhangyru (Modernization of Kazakhstan’s Identity) program, we have accomplished many good initiatives and finalized many projects. We held a national competition for dombra players named after Sagyn Zhalmyshev and a competition for singers named after Nurzhan Naushabayev. Such projects will undoubtedly contribute to the popularization of various types of national art in the region and to the familiarization of the younger generation with the art. It is a long-term project that we should support,” concluded Kalmakov.