By Assel Satubaldina in Kazakhstan’s Independence: 30 Years, Nation on 29 April 2021

NUR-SULTAN – The diversity of Kazakhstan is a key competitive advantage, said Kazakhstan’s First President Nursultan Nazarbayev at the 29th session of Kazakhstan’s Assembly of People which took place April 28 in Nur-Sultan under the theme of “30 Years of Unity, Peace, and Harmony.” 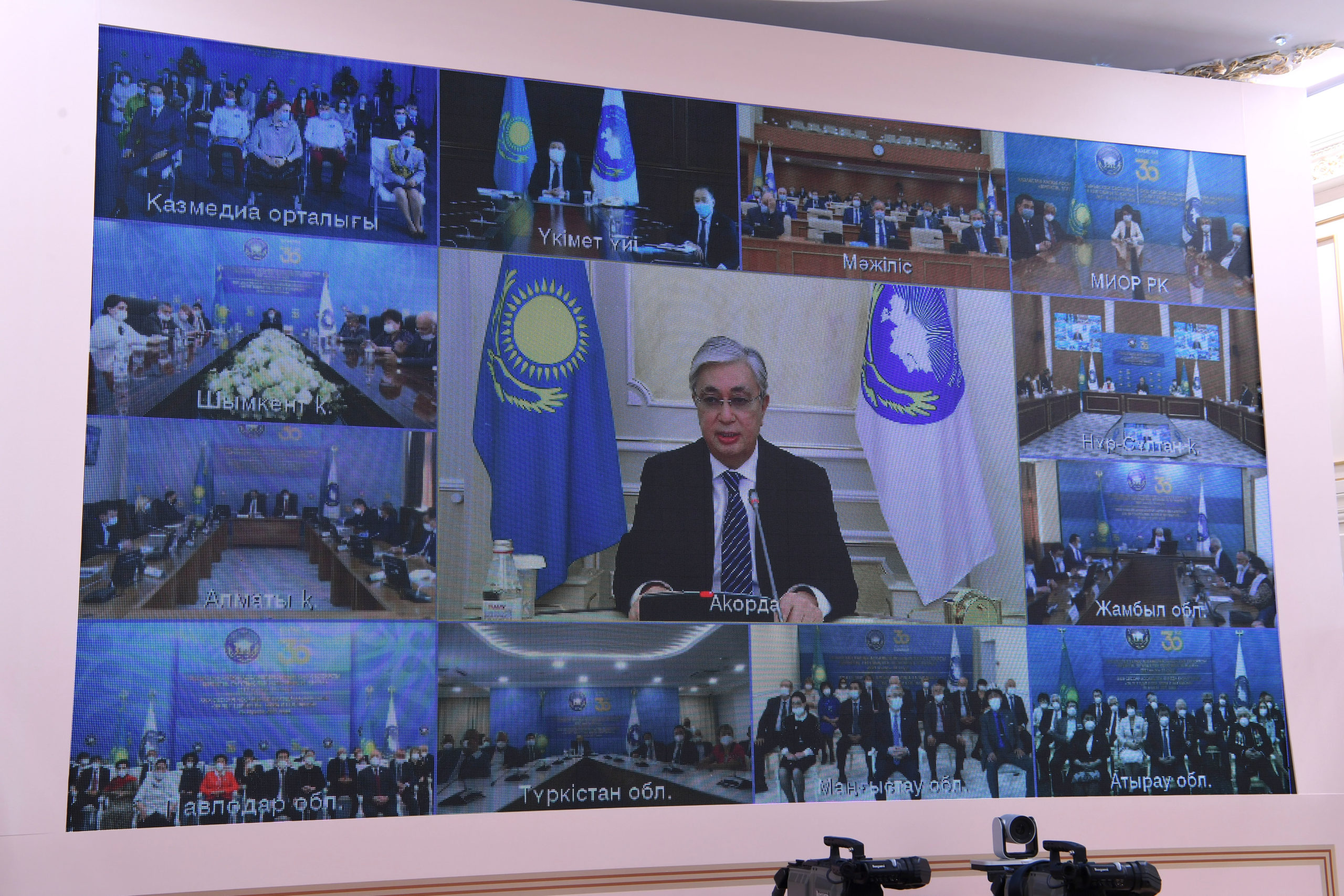 “We have turned the diversity of society to our advantage. This is now a known competitive advantage of Kazakhstan. The model of interethnic harmony that we have created is based on leading international legal standards and is now recognized throughout the world. The domestic formula of peace and harmony has become a way of life, a moral imperative, an invaluable wealth, and an asset of our state,” said Nazarbayev.

The Assembly of People of Kazakhstan was established on the initiative of Nazarbayev in 1995. The institution, which represents various ethnic groups, has a mission to ensure socio-political stability in the country and to improve the efficiency of cooperation between state institutions and civil society in the sphere of interethnic relations.

Maintaining stability in the country has been a priority for Nazarbayev who was in office for nearly three decades.

“All these years I have always put unity, well-being, harmony, security, and stability first. I have heard some people say ‘here he goes again – stability and stability!’ Well, what is better? Instability? And we see where instability goes. From revolution to revolution, from war to war, the country does not develop – it lags behind. So stability and peace of mind of the citizens are up to all of us,” said Nazarbayev.

He said Kazakhstan welcomed people from other Soviet republics. When the Soviet Union collapsed, people were left with a choice whether to stay or leave.

“We did not interfere, we gave them the freedom. About three million people left Kazakhstan. The population then decreased to 14 million,” said Nazarbayev. Kazakhstan is now home to nearly 19 million people.

In a rapidly changing world that continues to witness religious tensions and xenophobic sentiments, unity and accord between people is ever more important, said Kazakh President Kassym-Jomart Tokayev during the session.

“These challenges are becoming increasingly dangerous to the well-being of nations, especially with the massive burden of coronavirus on public health,” said Tokayev.

He said that over the years, the assembly has sought to ensure that every citizen, regardless of their ethnic or religious background, could feel part of the large and united Kazakhstani family.

“We are rightly proud of our stability, as Nursultan Nazarbayev said today. Indeed, instability means bloody conflicts and the grief of hundreds of thousands of people. Therefore, we will hold those irresponsible people who call for destabilization and disturbance of order accountable in accordance with our laws and international obligations,” he said.

During the session, Nazarbayev handed over his chairmanship in the Assembly to Tokayev, saying “he will always be there.”

“I want to move on, this is a serious step for me. I was at the origin of the assembly. Thank you to all the members of the assembly and for all the support over the years of this work. It meant a lot,” said Nazarbayev. “I put forward the goal of reaching 20 million by 2025. I think we will exceed this figure. Life expectancy has also increased from 67 to 73.5 years, which will help us reach the goal,” the ANC chairman added.