A case with  a container ship of the Evergreen company, which paralyzed shipping in the Suez Canal for five days, made the issue of finding alternative ways of delivering goods urgent. 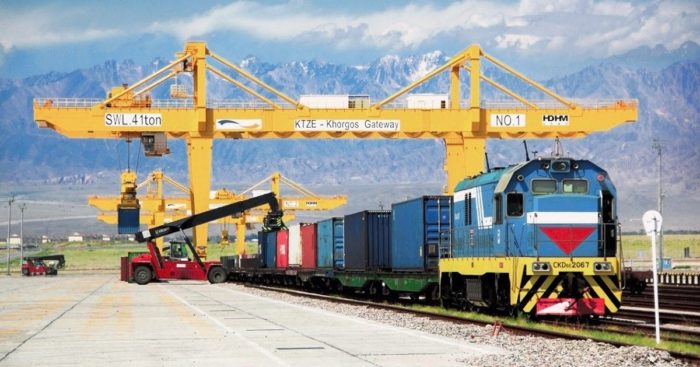 Five railway and six international automobile routes pass through the territory of Kazakhstan, which connect China and other Asian countries with Europe and the Middle East.

In this light, the new Silk Road through Kazakhstan can be considered as one of the alternative, time-tested transport methods that can compete with other routes.

The legendary Great Silk Road as a system of ancient trade caravan routes leading from China to the countries of the Middle East and Europe has been known since the second century AD and is considered one of the most significant achievements in the history of world civilization. According to historians, its merit lies not only in the colossal exchange of goods between different states, but also in the interpenetration and mutual enrichment of dissimilar civilizations and cultures. 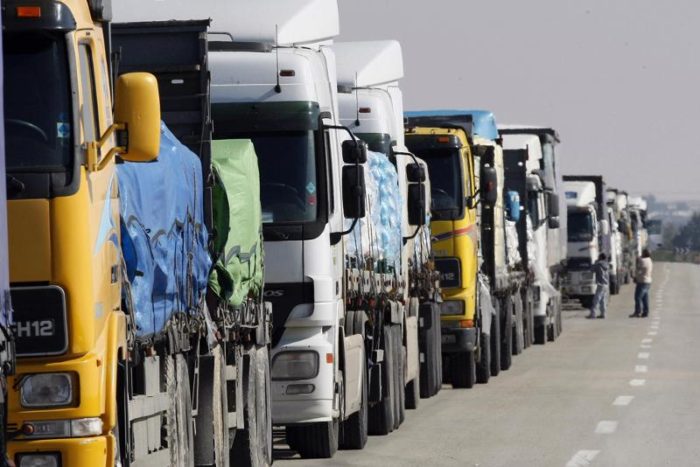 Kazakhstan announced its intention to become a transit hub a year before the announcement of the Belt and Road Initiative.

On the territory of present-day Kazakhstan, the Great Silk Road started at the borders of China. Chinese merchants transported through the Kazakh steppes silk, which, along with gold, became the international currency of that time, as well as weapons, medicines, rice, and ivory. The main route ran through Semirechye and South Kazakhstan, went through the cities of Sairam, Yassy, ​​the homeland of al-Farabi, the city of Otrar, Taraz, then to Central Asia, Persia, the Caucasus and from there to Europe.

In the second half of the sixth century, these lands became part of the Turkic Khaganate – a huge nomadic empire stretching from the Korean Peninsula to the Black Sea. At that time, it was the peak of prosperity for this section of the route, which played an important role in the development of the urban culture of Semirechye and South Kazakhstan. The Great Silk Road contributed to the emergence and rapid growth of new cities (the largest of them were Suyab and Ispidzhab), which ended up either on the highway itself, or connected with it by trade branches, and actively functioned until the 14th century, until civil strife and wars destroyed these cities.

The First President of Kazakhstan, Nursultan Nazarbayev, spoke about this period of history in his article “Seven Facets of the Great Steppe”:

“The unique geographical location of Kazakhstan – in the very center of the Eurasian continent – has contributed to the emergence of transit corridors between different countries and civilizations since ancient times. Starting from the turn of our era, these land routes were transformed into the Great Silk Road system – a transcontinental network of trade and cultural ties between East and West, North and South of Greater Eurasia. It has become a stable platform for the formation and development of the global interchange of goods and intellectual cooperation between nations. The key intermediaries of the most important trade route of antiquity and the Middle Ages, ensuring the flawless organization and safety of transport arteries, were the inhabitants of the Great Steppe. The steppe belt connected the Chinese, Indian, Persian, Mediterranean, Middle Eastern and Slavic civilizations.”

All roads to Europe go through Kazakhstan

In the 21st century, Kazakhstan plays a key role in the formation of the new so-called New Silk Road. Experts have calculated that today, in the year of the 30th anniversary of Kazakhstan’s independence, the country accounts for 70 percent of land transit traffic from China to Europe and vice versa. This is not surprising – the development of transport and transit potential has been one of the priorities of the foreign economic strategy of the country since independence. In many of his speeches, the Kazakh President Kassym-Jomart Tokayev, calls for the most effective use of the strategic advantage of the state – after all, all roads to Europe go through Kazakhstan.

“Five railway and six international automobile routes pass through the territory of Kazakhstan, which connect China and other Asian countries with Europe and the Middle East. This makes it possible to deliver goods to Europe from China through Kazakhstan and back in 15 days, while shipping by sea takes two to three times longer. And the state program of infrastructure development Nurly Zhol being implemented in Kazakhstan, coupled with the Chinese project One Belt – One Road, will revive the former greatness of the Silk Road,” noted Tokayev during the sixth meeting of the Kazakhstan-China Business Council in September 2019.

Kazakhstan joined the Belt and Road Initiative proposed by China. Despite the coronavirus pandemic, which disrupted the usual ties between manufacturers and consumers and seriously affected the business of transport and logistics companies, rail transportation, on the contrary, received a new impetus, according to the latest data. For example, in January-August 2020 on the China – Europe – China route, the traffic volume amounted to 306,600 TEUs (twenty-foot equivalent unit is a conventional unit for measuring the capacity of freight vehicles), which is 62 percent more than the same period in 2019. On the route China – Central Asia – China, the growth was 29 percent, or 149,200 TEUs.

“Kazakhstan benefits from transit, which is directly reflected in such indicators as the export of services, although there are other aspects of the impact on the economy,” said Vyacheslav Dodonov, Doctor of Economics, leading researcher at the Kazakhstan Institute for Strategic Studies (KazISS) under the President of Kazakhstan. “The volume of Kazakhstan’s exports of services since 2013 has grown from six billion dollars a year to 7.8 billion dollars, that is, by 30 percent. At the same time, the main contribution is made by the export of transport services, mainly freight, which account for more than half of the total volume of this indicator,” he said.

According to the World Bank Logistics Performance Index (LPI), which measures the efficiency of supply chains in international trade and is assessed every two years, Kazakhstan significantly improved its position and took 71st place among 160 countries. At the same time, in terms of the timeliness of deliveries of goods, Kazakhstan immediately rose by 42 positions, and in terms of the efficiency of the customs clearance process – by 21 points.

“The Belt and Road Initiative is important for Kazakhstan geoeconomically, geopolitically, and strategically,” said Valentina Komleva, head of the Department of Foreign Regional Studies and International Cooperation of the Russian Institute of Public Administration and Management (IPACS RANEPA). “Firstly, because China is a serious trade partner of Kazakhstan, ready to seriously invest in the country, and in strategically significant projects. Secondly, the Belt and Road Initiative makes it possible for Kazakhstan to become not only an important regional player, but also to enter the global world markets. There is no doubt that all this in the whole country is very profitable as it provides access to wider trade networks, big savings in logistics, decent earnings through logistics centers. And most importantly, Kazakhstan is becoming the largest center connecting Europe and the East.”

Kazakhstan announced its intention to become a transit hub a year before the announcement of the Belt and Road Initiative. This was done in the program of infrastructure development Nurly Zhol, which was put forward in the message of Nazarbayev in 2012.

According to President Tokayev, this program should become one of the key drivers of the national economy, with paramount importance being given to the construction and reconstruction of roads. The goal of the state program is to form a new infrastructure framework for the transport system, ensuring the integration of Kazakhstan into global transport corridors and restoring the historical status of Kazakhstan as a link between Asia and Europe. In other words, the task is to bring the country’s road, rail, water, and air communications to a completely new quality level.

“This is a strategic project, thanks to which effective modernization will affect the entire transport infrastructure,” the President noted in the Address to the nation “Constructive Public Dialogue – the Basis of Stability and Prosperity of Kazakhstan.”

The Nurly Zhol program was approved in April 2015 by Nazarbayev and has already brought results over the past five years. About 3,000 kilometers of roads have been built and reconstructed, about 25,000 kilometers of roads have been repaired, and more than 500,000 new jobs have been created. According to the Ministry of National Economy, during the implementation of the Nurly Zhol program, economic growth accounted for 16 percent.

The Kazakh authorities pin even greater hopes on the next five-year plan.

According to the Minister of Industry and Infrastructure Development of Kazakhstan, Beibut Atamkulov, by 2025 112 infrastructure projects totaling 5.5 trillion tenge ($US12.6 billion) are planned. It is necessary to build, repair and reconstruct with 27,000 kilometers of roads.

“Multi-vector, balanced, constructive – these are the fundamental principles of our foreign policy. And such a foreign policy, in my opinion, best suits the geopolitical status of our country, its geographical location, in the end. We reasonably position ourselves as a transit trade bridge between Europe and Asia. Kazakhstan has always striven to become an important link in the framework of transport and communication projects connecting the two continents,” said Tokayev on May 1, 2020 in an interview with the Mir Interstate TV and Radio Company.