By Aizada Arystanbek in Kazakhstan’s Independence: 30 Years, Society on 15 April 2021 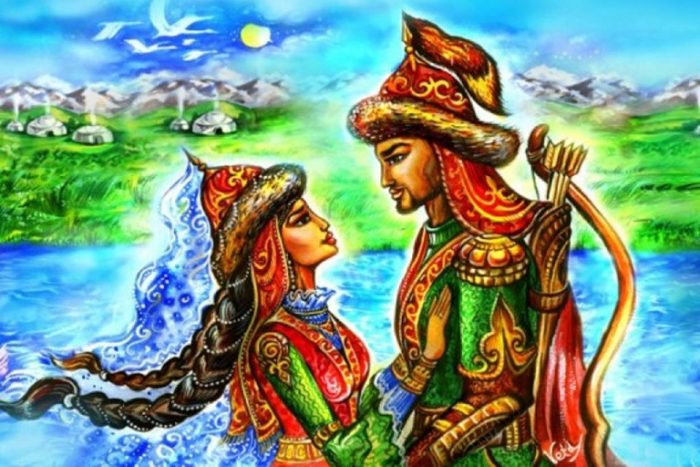 “Kozy-Korpesh and Bayan-Sulu” poem is a well-known piece of Kazakh literature with its plot revolving around the forbidden love of a young couple akin to Shakespeare’s Romeo and Juliet.

To commemorate the first celebration of the holiday in 2011 around three thousand people launched paper lanterns into the night sky of Almaty. The Day of Love continues to be observed in different ways across the country with couples celebrating their engagements and weddings on this day.

This year, Tolstoy Universal Scientific Library of the Kostanai Region organized a love-themed exhibition, reports Kazinform. The display showcased famous international and Kazakh literature written about love. “These are all time-honored stories about true love. Everyone can learn about them and even take them home to read in a cozy atmosphere,” commented Elena Yuzhina, head of the library’s subscription department. 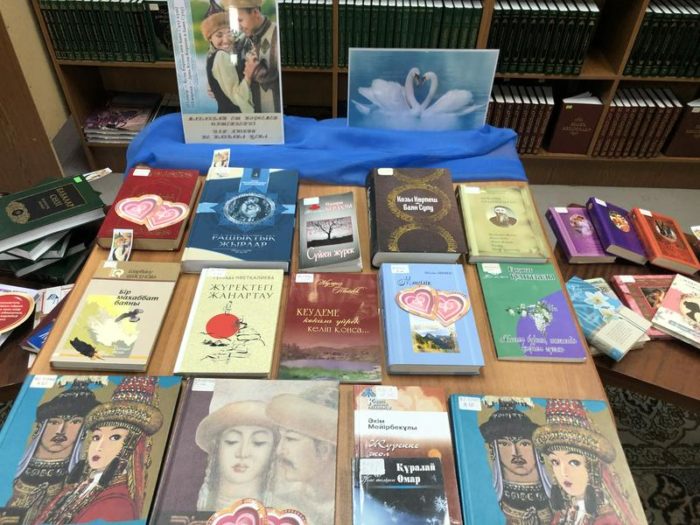 The library, of course, included the “Kozy-Korpesh and Bayan-Sulu” poem in its selection. “This is an incredible yet tragic love story of a young man and a woman who are not destined to be together. It is worth noting that their story is one of the oldest in Kazakh literature,” said Yuzhina.

The poem is a well-known piece of Kazakh literature with its plot revolving around the forbidden love of a young couple akin to Shakespeare’s Romeo and Juliet.

According to the poem, two old friends, Sarybai and Karabai, made a pact agreeing to have their children married before they were born. Unfortunately, Sarybai dies in a hunting accident before the birth of his son, Kozy. Having grown up, Kozy and Bayan-Sulu do end up falling in love with each other. However, Karabai decides to marry his daughter off to another batyr (Kazakh warrior) Kodar to whom Karabai is indebted. Kodar, seeing Kozy as an obstacle to his marriage to Bayan-Sulu, kills Kozy. Riddled with grief, Bayan-Sulu promises to marry Kodar on the condition that he digs a well with spring water for her. Kodar agrees. He begins digging a hole for the well and holds onto Bayan’s long braids for safety. When Bayan-Sulu sees that the hole is deep enough, she cuts off the braids thus killing Kodar. Afterward, Bayan-Sulu stabs herself to death on the grave of her late beloved, Kozy.

There is a mausoleum for the heroes of the epic poem located in the East Kazakhstan region next to the village of Tansyk. This tombstone is one of the oldest monuments in Kazakhstan, which has been successfully preserved almost in its entire original look. Some scholars believe that the mausoleum was built during the 5th-10th centuries, while others are of the opinion that it appeared no earlier than the 10th-11th centuries.

In 2019, a monument for Kozy-Korpesh and Bayan-Sulu was unveiled in Ayagoz, the city of the East Kazakhstan region.