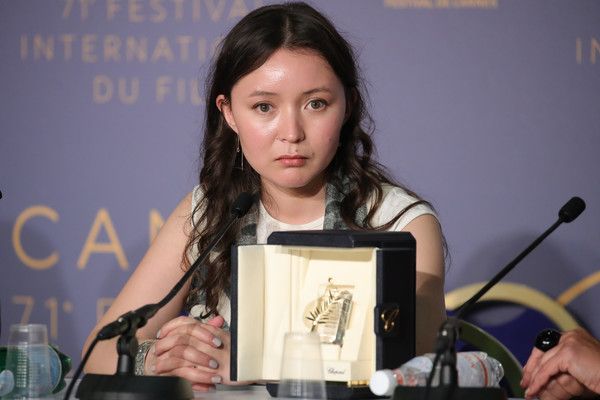 The awards ceremony was postponed last year due to the pandemic and, this year, the organizers announced the winners of the last two years.

“I could not come to Moscow,” Yeslyamova wrote on her Instagram. “Vyacheslav Agashkin, the second director of the film and actor received the prize for me. I want to once again say thank you to all my colleagues in the film.”

Yeslyamova said that she dedicated this award to director Dvortsevoy as well as other prizes for this film.

“Ayka” is a drama about a young Kyrgyz woman, who is working illegally in Moscow, forced to abandon her new-born child. The mother’s feelings eventually take over and she starts desperately searching for her child.

Yeslyamova was born in 1984 in Petropavlovsk in northern Kazakhstan. She graduated from the Russian Institute of Theatre Arts (GITIS).

“Ayka ” became the second project for Dvortsevoy and Yeslyamova, as a Kazakh actress starred in Dvortsevoy’s film “Tulip” in 2008 that received the Un Certain Regard Award at the Cannes festival.

Russian Film Award Nika is held annually to recognize the best Russian films released. It was established by the secretariat of the Union of Cinematographers of the USSR and the first award ceremony took place on December 17, 1988.