NUR-SULTAN — A camera trap installed in November 2020 caught rare footage of a snow leopard walking through the protected area of the Katon-Karagai State National Natural Park in the East Kazakhstan region. 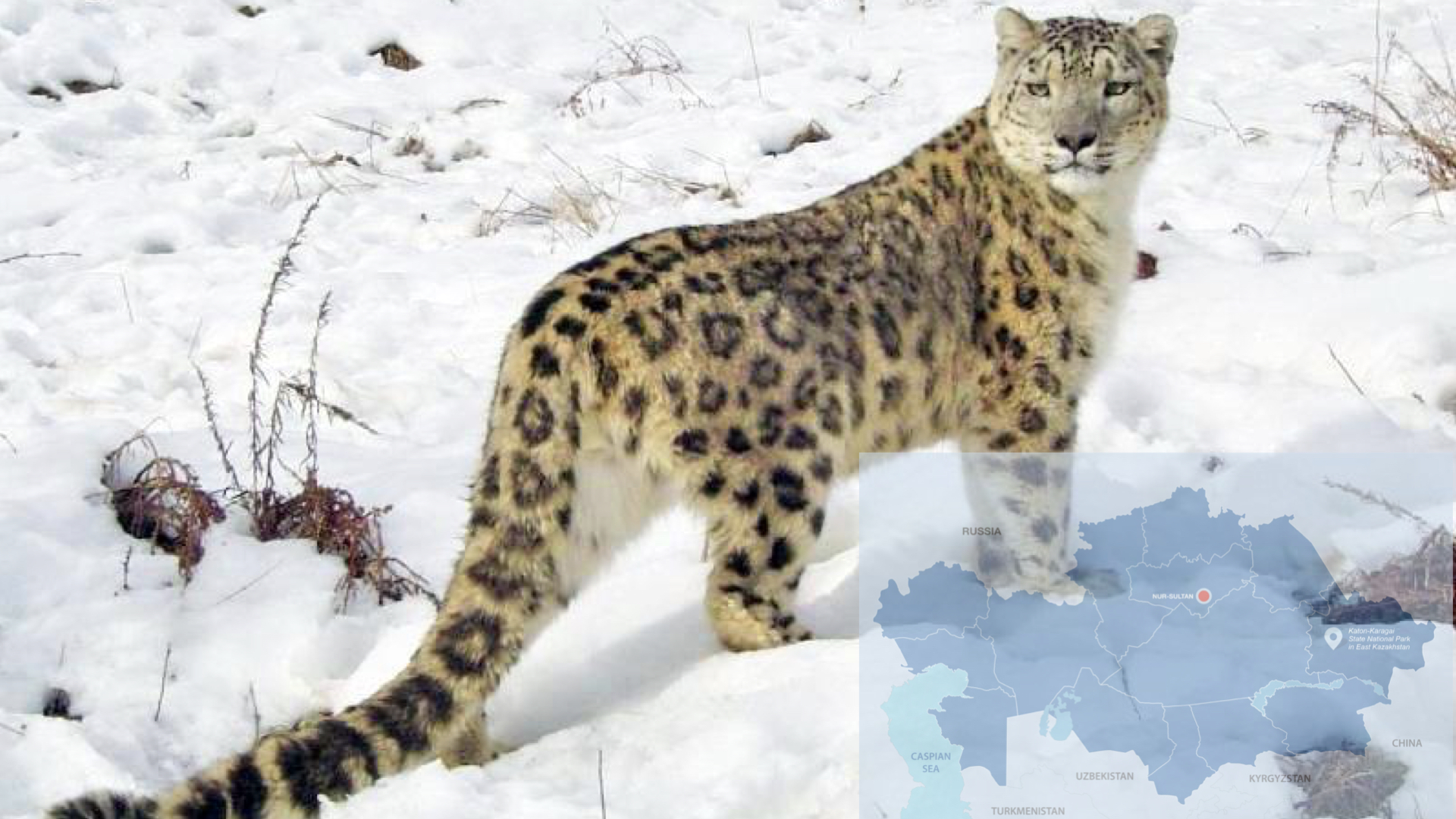 Snow leopard is the national symbol of Kazakhstan. Protection of the snow leopard population in Kazakhstan, as a rare and endangered species, is particularly important for the country’s biodiversity. Click to see the map in full. Photo credits: inform.kz.

These are the first videos of a snow leopard called Panthera uncia from Kazakhstan’s Altai mountains.

“A camera trap was installed in the area of the Archatinsky forestry in November 2020, it was possible to obtain unique video of a snow leopard with the help of that. We hope that the installation of camera traps and other modern research methods will help us to learn more about the biology, ecology and other features of the snow leopard on the territory of the Katon-Karagai State National Natural Park,” said Aliya Gabdullina, Head of the Department of Science, Environmental Monitoring and Information of Katon-Karagai State National Natural Park.

The State National Natural Park is a specially protected natural area with the status of an environmental and scientific institution.

Before, snow leopards were recorded only in the southern and southeastern parts of Kazakhstan.

Recently the footage, recorded in January 2021 by the United Nations Development Program (UNDP) in Kazakhstan, showed a snow leopard family of three wandering through a forestry area in Kazakhstan’s southern Zhambyl region.

Camera traps at the Aksu-Zhabagly Nature Reserve in South Kazakhstan also captured a snow leopard. The unique footage was taken at an altitude of 2,900 meters above sea level, according to the Ministry of Ecology, Geology and Natural Resources.