Improving Quality of Life, Protection of Human Rights are a Top Priority for Kazakh Government

Kazakhstan is gradually carrying out political reforms aimed at building a just society and an effective state. 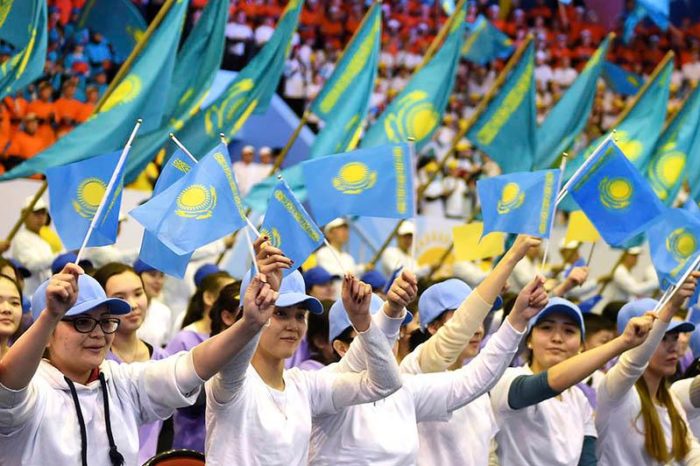 International experts recognized that the Kazakh authorities are firmly and consistently implementing reforms aimed at the political and economic restructuring of the country, the humanization of criminal legislation, and the protection of human rights. Photo credit: Kazinform.

During the fifth meeting of the National Council of Public Trust (NCPT), Kazakh President Kassym-Jomart Tokayev once again recalled that the main priorities of Kazakhstan center around improving the quality of life for all citizens, strengthening the human potential of the nation, building a just society and an effective state, democratic development of the country, and protection of human rights.

“The year of the 30th anniversary of independence will be marked by economic and political reforms, the development of education and healthcare, digitalization, the protection of human rights, and the solution to environmental issues,” the President said.

The head of state devoted one of the blocks of his speech to new measures and initiatives to protect human rights. Tokayev is sure that advanced international standards should apply to the entire sphere of human rights protections in Kazakhstan.

“Indicators of their observance are a full-fledged tool for assessing the quality of human rights implementation. In current world practice, there are 14 global indicators developed by the Office of the United Nations High Commissioner for Human Rights. I propose, on their basis, to start a phased introduction of national indicators for assessing the observance of human rights,” the President said, stressing that such a step would strengthen the state policy in this area.

On the initiative of Tokayev, in the near future, Kazakhstan will develop an Action Plan through 2025 to ensure safe working conditions, introduce administrative responsibility for legal entities for the involvement and admission of minors to gambling, introduce a video surveillance system in penitentiary institutions and police offices covering “invisible zones,” and lawmakers will consider the exclusion of the rules around lifetime deprivation of a lawyer’s license.

Other measures are planned soon, for example, to increase the adversarial nature of litigation and to ensure equality for the prosecutor and lawyer.

“Legality and fairness – by default”

Tokayev spoke about the greater protection of human rights from the first days of his presidency. In his first September annual message to the nation “Constructive public dialogue is the basis of stability and prosperity in Kazakhstan,” he stated the need for serious reform of the law enforcement and judicial system. He proposed to urgently toughen the punishment for certain types of crimes.

“We need to tighten the penalties for sexual violence, pedophilia, drug trafficking, human trafficking, domestic violence against women and other grave crimes against the individual, especially against children. This is my proposal to parliament and the government,” Tokayev said in September 2019.

During his second annual address to the nation in September 2020, the President stressed that “it is critically important to take new measures to protect human rights.” This time, he spoke about the need to bring national legislation in line with the provisions of the International Convention against Torture, called for steps to be taken to protect against cyberbullying, especially of children, and accede to the optional protocol of the Convention on the Rights of the Child, and also called for a thorough investigation of crimes and tougher penalties related to human trafficking.

“Law enforcement agencies should improve the procedure for investigating such crimes, as well as strengthen the fight against human trafficking. They should be severely punished in court. This important task requires the coordinated actions of government agencies. I hope for the speedy adoption of the relevant laws in the parliament,” Tokayev said.

The Kazakh President devoted part of his message to another reform of the law enforcement and judicial system, because, as he explained, “no aspect of socio-economic development can be successfully implemented without the rule of law and guaranteeing the safety of people.”

Recalling the prevalence of accusatory bias in the actions of law enforcement agencies and the frequent cases of unjustified criminal prosecution of citizens, the President proposed developing new standards for serving the interests of people.

“We need a model that ensures timely protection of peoples’ rights and meets high international standards. I consider it necessary to introduce in Kazakhstan a three-tier model with a clear separation of powers. I emphasize once again: legality and fairness must be ensured by default. It should be remembered that the fate of people depends on mistakes in criminal cases,” the head of state emphasized, noting that impartial and fair justice is an important criterion for the rule of law.

International experts and analysts have long recognized that the Kazakh authorities are firmly and consistently implementing reforms aimed at the political and economic restructuring of the country, the humanization of criminal legislation, and the protection of human rights. This is evidenced by the recently adopted new laws in Kazakhstan, for example, on political parties and peaceful assemblies.

Part of these reforms is the accession in September 2020 to the Second Optional Protocol to the International Covenant on Civil and Political Rights and the abolition of the death penalty in the country. This step was a consequence of the statement of the Kazakh President, made during an online speech at the 75th session of the United Nations General Assembly. Prior to that, a moratorium on capital punishment had been in effect in Kazakhstan for 17 years.

After gaining independence, Kazakhstan voluntarily renounced nuclear weapons by closing the Semipalatinsk test site, and with its initiatives aimed at building a safe, environmentally friendly world, has won an impeccable reputation in the world.

President Tokayev constantly emphasizes that the main goal of all reforms is to build an economically strong, democratically developed “Listening State,” focused on meeting the needs of every citizen. A state of free people, whose voices the authorities hear and react to, and whose rights will be protected according to the highest world standards.