Today, the use of the economic potential of women is fraught with huge reservations and great opportunities. This is evidenced by numerous independent studies. For example, a report by the McKinsey Global Institute says that if women had equal opportunities with men in the field of business management, then by 2025, global GDP could increase by 28 trillion US dollars, which is an increase of approximately a third. 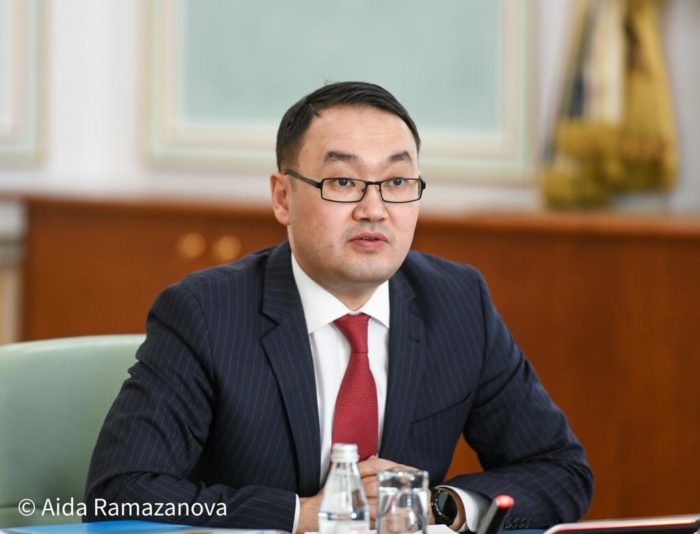 According to the World Bank Index, included for the first time in the study titled “Women, Business and the Law 2019: A Decade of Reform”, if women are given equal opportunities to realize their full potential, it will not only bring greater justice to the world, but also increase overall well-being.

In addition, significant progress has been made in the areas assessed by the index over the past ten years. Around the world, 131 countries have implemented legal and regulatory reforms to increase women’s participation in economic life. In the economies of 22 countries, restrictions on women’s work have been eliminated – thus reducing the likelihood of women being excluded from working in certain sectors of the economy. And 13 countries around the world have passed laws requiring equal remuneration for work of equal value.

Kazakhstan, among other countries, puts women’s empowerment at the top of its international and domestic agenda. The President of the Republic of Kazakhstan Kassym-Jomart Tokayev attaches great importance to gender-oriented strategy in his reform agenda. This is evidenced by the introduction of a 30% quota for women and young people in the political parties’ electoral candidates lists, which allowed for an increase in the representation of women in the lower house of Parliament to 27% for the first time in the history of Kazakhstan’s parliamentary system. It also fully meets our priorities for economic growth.

It should be noted that today Kazakhstan is among the countries with a “very high level of gender development”, a leader among the CIS countries in the Gender Development Index.

Moreover, according to the Human Development Report 2019, Kazakhstan ranks 50th among 189 countries, which puts the country in the category of countries with a very high level of human development.

Our country also ranks high overall in key gender and development indicators, with a 0,795 Gender Development Index (GDI) for women compared to 0,790 for men, indicating a high level of equality between women and men (cumulative GDI of 1.006). In addition, over the past several years, Kazakhstan has steadily reduced its Gender Inequality Index value from 0.405 in 2000 to 0.197 in 2017 bringing it lower than the average score for Europe and Central Asia Countries (0.279). The Global Gender Gap Index (GGGI), devised by the World Economic Forum, is another cross-country comparison of gender equality, assessing the following key categories: economic participation and opportunity, educational attainment, health and survival, and political empowerment.  In 2020, Kazakhstan received a score of 0.710, resulting in a ranking of 72 out of 153 countries.

These indicators prove that the Government of Kazakhstan pays special attention to the issues of economic empowerment of women in our country, as it serves as one of the drivers of the socio-economic development of our state.

Today in Kazakhstan, women’s entrepreneurship plays a key role in creating jobs and stimulating economic growth. There are almost 600,000 women entrepreneurs in the country. According to the latest statistics, 43% of small and medium-sized enterprises (SMEs) are headed by women, and 77% of individual entrepreneurs are women. Approximately 1/3 of all jobs in the SME sector (1 million people) are provided by women entrepreneurs.

At the same time, Kazakhstan, along with other countries of the world, was faced the negative consequences of the COVID-19 pandemic, which to a greater extent affected the interests of Kazakh women who were at the leading edge of the fight against the pandemic, including women who are developing their own businesses and have experienced significant economic losses. In addition, under the conditions of forced isolation many women have experienced domestic violence at the hands of their partners. This, in turn, requires us to take special measures to support women as the most vulnerable group of the population.

The topic of strengthening women’s economic rights is being actively promoted at the international level.

One of the key aspects of the upcoming forum will be the creation of so-called joint coalitions – multilateral partnerships with the participation of governments, civil society, trade unions, parliamentarians and the business community, whose work will be aimed at taking substantive measures in the most important areas from the point of view of gender equality.

Each of the presented coalitions is expected to develop a set of specific measures for coalition members to implement in the next five years, committing their time and resources. In this context, Kazakhstan intends to take an active part in the work of the coalitions on gender-based violence and economic justice.

The government of Kazakhstan also supported the UN Spotlight initiative aimed at ending violence against women and girls by 2030. We hope that the project will bring practical results both for Kazakhstan and for the region as a whole.

On a separate note, it is worth pointing out the US-led Women’s Global Development and Prosperity Initiative (hereinafter – W-GDP), which in a short period of its existence reached out and helped 24 million women around the world investing more than $200 million in them and attracting 450 private sector companies and organizations.

Today, Kazakhstan aims to expand cooperation with the regional partners, showing a special interest in meaningful cooperation with Afghanistan. As an aside, creating opportunities for Afghan women and girls will contribute to the establishment of peace and stability in Afghanistan, and thus will contribute to the strengthening of security in the Central Asian region.

A striking example of such cooperation was the Regional Conference on Women Empowerment in Afghanistan held in Nur-Sultan in September 2018. Following the conference, the participants agreed on the Astana Declaration, which contains specific measures to promote women’s rights in Afghanistan. It is also necessary to mention the launch of the joint trilateral project with the participation of Kazakhstan, Uzbekistan and the European Union in partnership with the UN to provide vocational training and education for Afghan women in the higher education institutions of Kazakhstan and Uzbekistan.

In January 2021, the Delegation of the European Union to Kazakhstan announced an initiative to launch the second phase of the program, under which, it is planned to educate 100 Afghan women in universities in Kazakhstan, Uzbekistan and Kyrgyzstan. At the same time the majority of Afghan students will study at universities in Kazakhstan in specialties such as statistics, extraction of mineral resources, mining and agriculture.

In general, the economic empowerment of women in Kazakhstan is fully consistent with our strategic priorities. The experience of successful countries indicates that one of the factors of their success is the active use of the potential of women in the socio-economic development of the country, as well as the availability of equal opportunities for the fulfillment of the intellectual and labor potential of women.

In Kazakh society, women were given a special role, they have taken a proactive position in the family, and skillfully combined both family and social status. Under the existing circumstances, it is obvious that the creation of favorable conditions and the expansion of economic opportunities for women can become one of the key drivers for building a competitive economy, including achieving the goal of our country to become one of the 30 developed countries in the world.

The author is the Deputy Minister of Foreign Affairs of the Republic of Kazakhstan.