Sports Diplomacy in the History of Independent Kazakhstan

NUR-SULTAN – Sports, along with politics, economy, and culture, is one of the main elements of the global information agenda. The performances of the best athletes at the most prestigious international competitions are important for all countries. 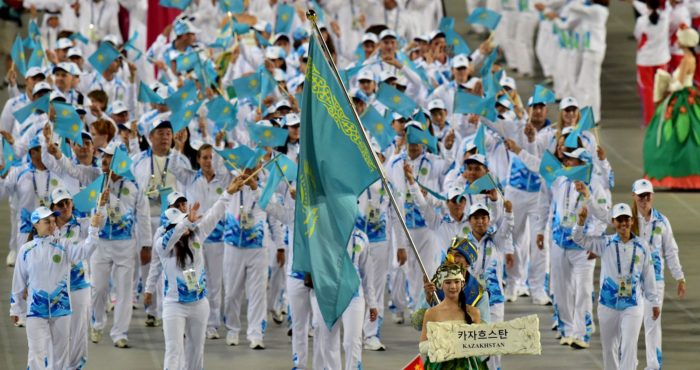 Kazakhstan is no exception. Kazakh athletes take part in international sports tournaments, including the Olympic Games, world championships, and the Asian Games.

In the first years of independence, when Kazakhstan faced some socio-economic difficulties, the authorities made every effort to ensure that athletes could represent our young country on prestigious sports venues. 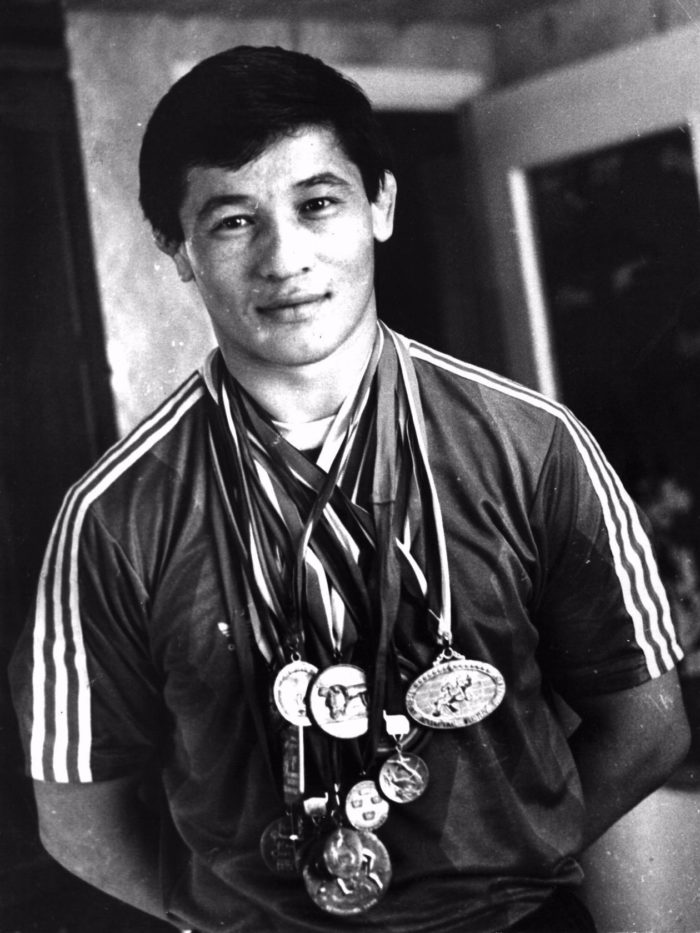 We remember those, who became a world-famous athlete, during the period when the country took its first steps in the international arena. Skier Vladimir Smirnov, wrestler Daulet Turlykhanov, weightlifter Anatoly Khrapaty, who successfully represented Kazakhstan in the first years of independence and pursued their athletic career, despite injuries and increased competition.

Smirnov became the first Olympic champion in the history of independent Kazakhstan at the 1994 Winter Olympics in Lillehammer, Norway. He won two silver medals in the 10 and 15 km races as well as a gold medal in the 50 km marathon on the last day of the games. The legendary skier secured our country a high 12th place in the unofficial team competition, single-handedly bypassing such winter sports powers as Finland, France, the Netherlands, China, and Belarus. Kazakhstan is still associated with Smirnov in the Nordic countries, whom Norwegian ski lovers nicknamed Smirre, after remaking the chorus of the song Seier’n er vår (“Our victory”) to Smirre er vår (“Our Smirnov”).

Most of the people show no interest in politics, but they can be interested in a particular country only when its representative successfully performs at the Olympics or other major international competition. Usually the famous athletes become the most popular brand ambassador of their country bypassing its leading politicians in the informal ratings of the media.

Despite competition, especially in the first two decades of the third millennium, associated with a significant increase in the geographical representation of athletes, Kazakh athletes continue to successfully represent their country at the sports events globally.

At the 2012 Summer Olympics in London, our athletes were among the leaders in the number of victories for a long time, being in the top lines of the unofficial standings, thereby attracting significant attention of international media to Kazakhstan. 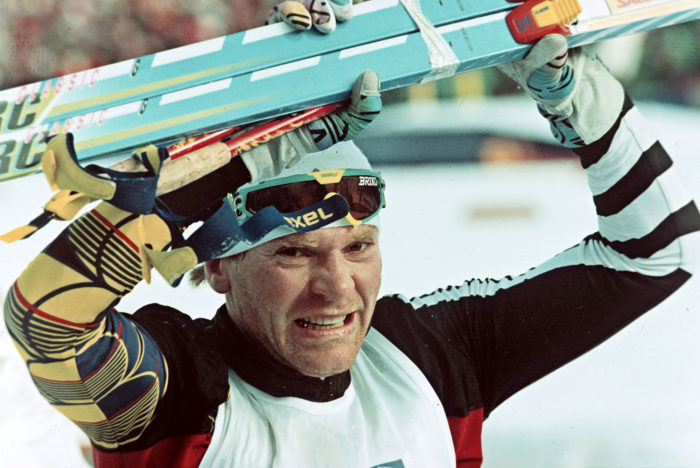 Vladimir Smirnov became the first Olympic champion in the history of independent Kazakhstan at the 1994 Winter Olympics in Lillehammer, Norway.

In 2014, 52 athletes from our country took part in the Winter Olympics in Sochi, Russia. France, which founded the modern Olympic movement, came to the games with almost the same number of athletes. Hospitality houses of various countries were opened on the territory of the Olympic Village, including a cozy house of Kazakhstan, where any visitor could get acquainted with our cultural traditions and taste national cuisine.

Our team also performed well at the 2016 Summer Olympics in Rio de Janeiro, for the first time in its history having won 17 medals in different sports.

For a young country, participation in the global event is important and useful for the formation of self-awareness of the younger generation. Because sports, to a certain extent, is the social religion of young people.

In just 30 years of our independence, Kazakh athletes have won more than 70 Olympic medals and more than 700 medals at other major international competitions. 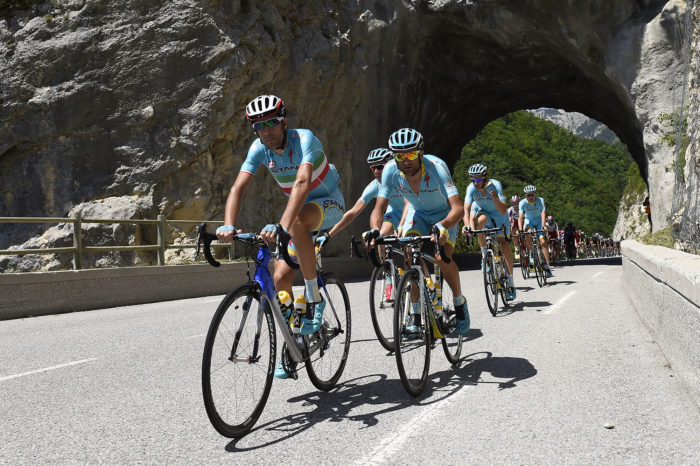 The new sports facilities such as the Alau and Halyk-Arena arenas and the Sunkar ski jumping facility in Almaty, the Barys ice hockey arena in the Kazakh capital made it possible to hold the stages of the World Cup in ski jumping, speed skating and short track as well as the Continental Hockey League Star Week. These events attracted the attention of a large television audience, thereby generating significant interest in Kazakhstan. 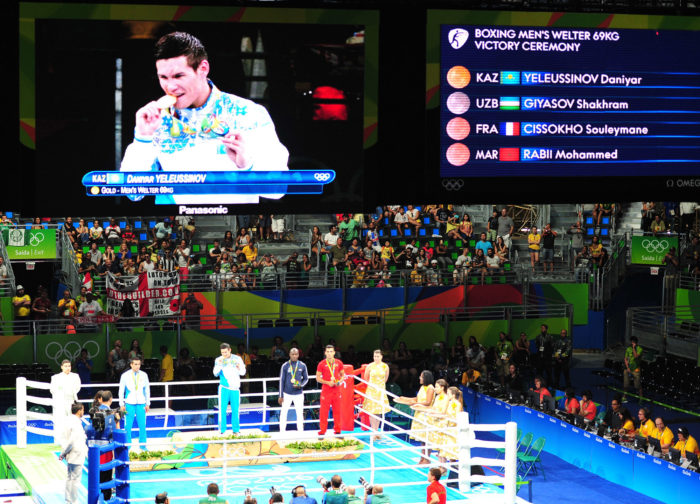 Entering the super final for the right to host the 2022 Winter Olympic Games, in which the candidacy of Almaty yielded to Beijing by only four votes, was another confirmation of the country’s readiness to host the largest international competitions of our time.

The embassies of Kazakhstan in other countries pay special attention to athletes who represent Kazakhstan. During the Olympics and other major international competitions, diplomats participate in the work of the National Olympic Committee, the Ministry of Culture and Sports, specialized sports federations, and media. 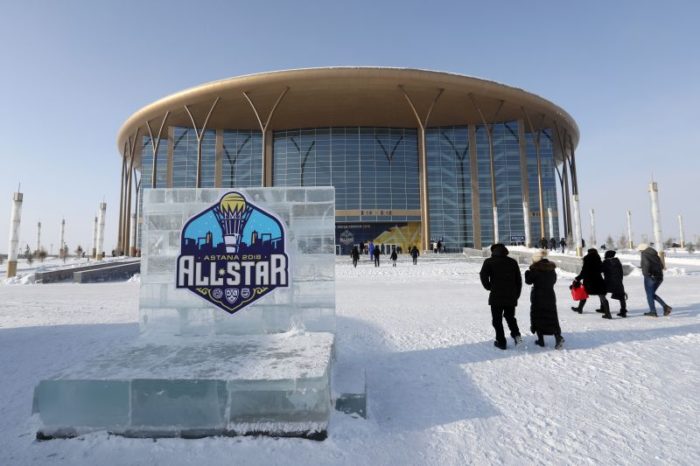 Kazakh diplomats are always ready to make their worthy contribution, both by facilitating the trouble-free access of our fans to the arena stands, and often with their vocal cords. Experienced colleagues remember how our foreign missions provided fans with our national flags, which were difficult to reach in the first years of our independence.

One of the tools of sports diplomacy in the practice of the domestic foreign office is the organization of cultural, information events abroad, demonstrating the reconciliation of our countries and peoples through sports.

Several years ago, as part of the celebration of the anniversary of diplomatic relations between Kazakhstan and Austria, the Embassy of Kazakhstan in Vienna organized a conference with the participation of Austrian mountaineer Gerlinde Kaltenbrunner and Kazakh mountaineers Maxut Zhumayev and Vassiliy Pevtsov.

The Embassy of Kazakhstan in Slovakia issued a special brochure “Barys on Ice in Bratislava” in three languages for the Kontinental Hockey League (KHL) All-Star Game, which took place in the Slovak capital in 2014.

The Embassy of Kazakhstan in Oslo organized the exhibition “Kazakhstan – Norway: Sports Diplomacy” as part of the celebration of Independence Day in December 2019. The exhibition featured the history of achievements of athletes from the two countries, their subsequent friendship, joint participation in competitions of the highest level, including Olympic Games, World championships, and matches between the teams of Kazakhstan and Norway in different sports, as well as a collection of paraphernalia of sports clubs of our country.

Kazakh diplomats use in their practice one of the relatively new resources of diplomacy – the so-called jersey diplomacy, when the heads of high-ranking delegations of states symbolically present T-shirts and sweaters of national teams and famous clubs of their countries to foreign partners as a sign of trust.

The ancient postulate says that sports is the ambassador of peace. And today, it remains one of the important components of public diplomacy aimed at strengthening peace and friendship between peoples.