Love, Poetry and Friendship Bring British and Eurasian Authors Together in Unique Almanac

By Zhanna Shayakhmetova in Culture, International on 2 March 2021 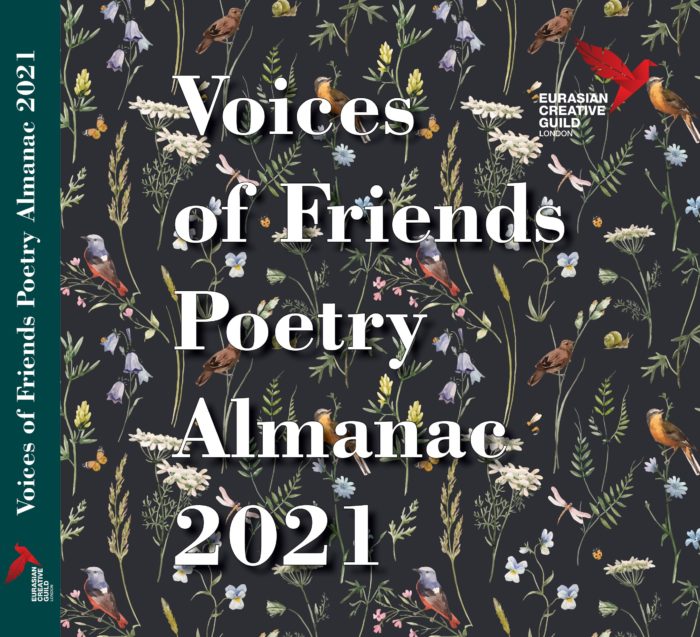 The cover of the book.

The international poetry project features poems from Portugal to Kazakhstan. The collection is dedicated to the 250th anniversary of the English poet Sir Walter Scott’s birth. The book also contains Scott’s poems in both the original Scottish English and translated into a different Eurasian language.

“It is also an almanac and daily planner to take you through the year. It encompasses the work of 39 poets from 13 countries, many in both English and their national languages. Favourite Kazakh classics from Abai Kunanbaev and Ybyrai Altynsarin are featured alongside new works from contemporary Kazakh poets. We hope this will contribute to making Kazakh’s poetic heritage and culture better known across the world,” wrote the authors of the project.

“There is a rich connection between poetry from different countries that this almanac highlights. As an English reader, I cannot help noticing the striking contrasts and similarities between Abai’s poem ‘The Eagle’ and ‘The Windhover’, also a poem to a beautiful bird of prey, by England’s Gerard Manley Hopkins, whose wonderful poem on spring is included,” editor of the Almanac Farndon told to The Astana Times.

Farndon noted that the publication of the book also coincides with the 30th anniversary of Kazakhstan’s independence, which is “a wonderful occasion to share some of the best Kazakh poetry with the world.”

“In this volume, the poems of Abai and contemporary Kazakh poets share the spotlight with the greatest world poets, including Shakespeare and Pushkin, Petrarch and Pessoa,” he added.

Poetess Aiya Maksutova said that the book is comfortable to read, because it is like a calendar and poetry collection in one book.

“What is interesting and fascinating is that the poems are dedicated to the specific dates, I mean, people dedicate their works to some holidays, birthdays of their close ones and else,” she said.

The book will be available in British libraries, so that the audience has the opportunity to learn more about Kazakh poets and culture.

“I express my deepest thanks for the “Voices of Friends” almanac project. A calendar of events dedicated to dates, inspiration from every corner of the world, which unites with the unique creativity of each person,” said Barshagul Tlepina, whose poem “The Age of Love” also included in the book.

The world is woven of love, Tlepina noted. “The high professionalism of the editorial staff, in difficult times, in quarantine, showed a reverent attitude to each member of the Eurasian Creative Guild. The value of the project is its huge contribution to a bright future! I am very grateful for the fact that my work is in the almanac. My emotions are off the charts,” she added.