NUR-SULTAN – Kyrgyz President Sadyr Japarov met with Uzbek President Shavkat Mirziyoyev on March 11 in Tashkent as part of his official visit to Uzbekistan. 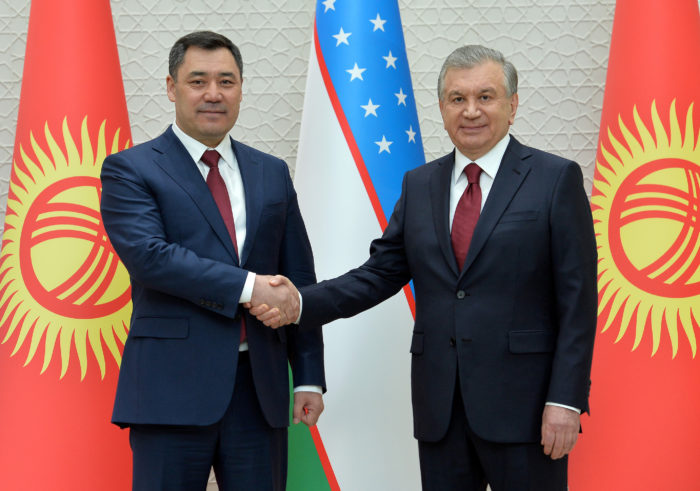 The heads of state praised the current state of bilateral relations, according to their press services and media reports. They discussed issues around the further development of cooperation in political, trade and economic, transportation, communication and other areas.

The leaders reaffirmed their commitment to strengthening strategic partnerships based on equality and mutual benefit. They agreed to maintain a regular political dialogue at the high levels to expand cooperation in all areas. 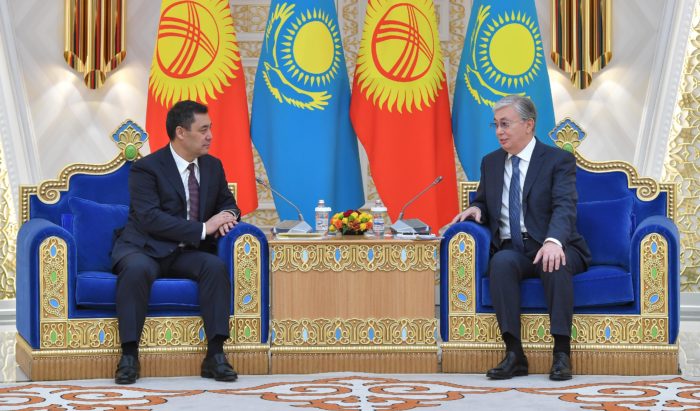 As a result of the talks, Uzbekistan and Kyrgyzstan signed 22 documents on cooperation in the industrial sphere, finance, energy, and the military-technical sphere.

Japarov’s visit to Uzbekistan is a part of his Kyrgyzstan’s “diplomatic offensive” in recent months. Soon after his election to the position of the President of Kyrgyzstan in January 2021, Japarov made visits to Moscow where he met with the Russian President Vladimir Putin, and to Nur-Sultan where he met with Kazakh President Kassym-Jomart Tokayev.

Zhumabek Sarabekov, an expert of the Institute of World Economics and Politics (IWEP) under the Nursultan Nazarbayev Foundation, said that the geography of Japarov’s visits demonstrates that the new government of Kyrgyzstan will maintain continuity in foreign policy and will give priority to regional cooperation.

“The visits to Kazakhstan and Uzbekistan testify that Bishkek intends to establish ties with its neighbors, which are the main export markets and sources of imports,” said Sarabekov.

According to Dmitry Babich, a prominent Moscow-based Central Asia watcher and Astana Times regular columnist, Kyrgyzstan, after many years of political instability and economic slowdown, is reestablishing its foreign connections – primarily with neighboring countries.

“Cooperation with Kazakhstan and Uzbekistan is pivotal for Kyrgyzstan’s economic development. This was stressed at the meeting of President Sadyr Zhaparov with Uzbek President Shavkat Mirziyoyev, during which 22 agreements were signed. The agreements covered such spheres as finance, industry, energy and military cooperation,” said Babich.