By Abira Kuandyk  in International on 17 March 2021

NUR-SULTAN – The UN Commission on the Status of Women (CSW) commenced on March 15 to address the issues of women’s participation in decision-making in public life and the elimination of violence against women. Kazakhstan is closely involved in this global conference, the largest ever dedicated to women and gender equality, as the issue is a priority for the Kazakh government. 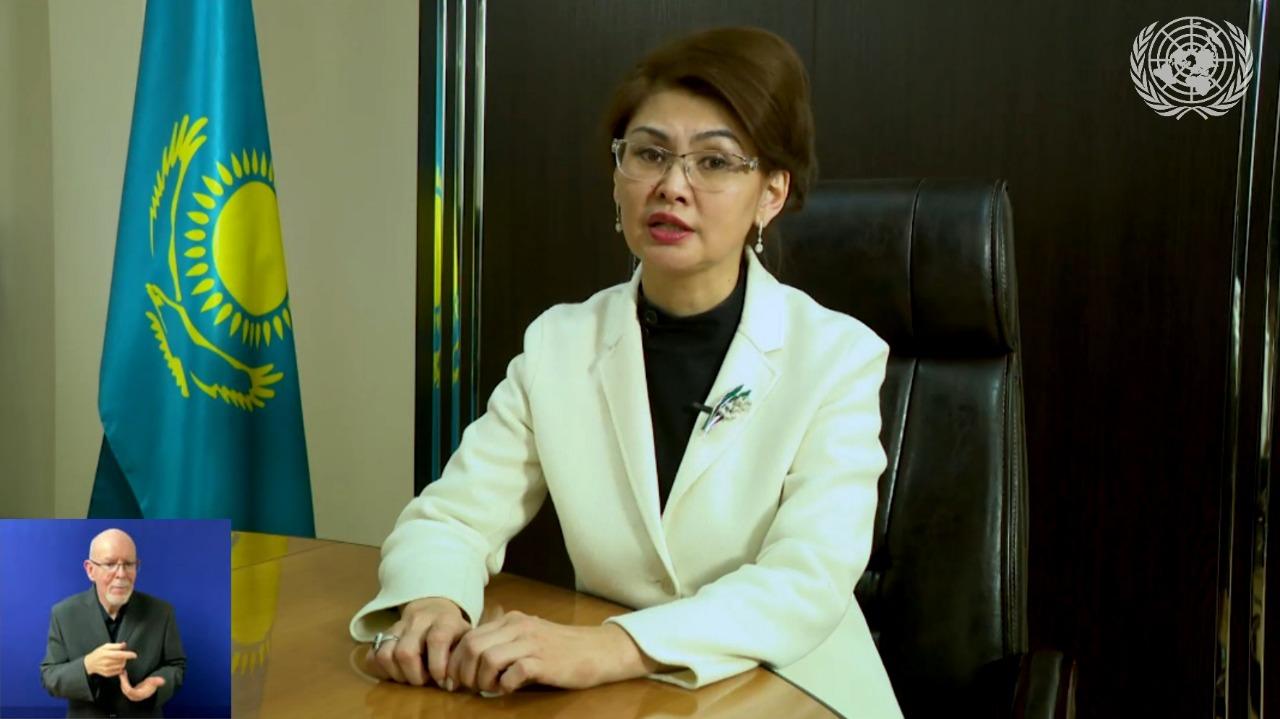 Kazakh Minister of Information and Public Development Aida Balayeva spoke about the role of Kazakh women in the country’s economic and political life and the conditions created for their comprehensive development at the session, reported the Ministry’s press service.

By 2023, the Ministry of Information and Public Development will implement a map of gender needs in terms of employment in regions, cities and districts as well as women’s access to basic social services and measures of state support, said Balayeva in her speech.

In 2020, Kazakhstan amended the law stating that the party lists should consist of at least 30 percent of women and young people.

Today, the share of women in senior positions in the civil service amounts to 40 percent, reaches 53 percent in the judicial bodies and 27.2 percent in the activities of public councils, said Balayeva.

Lazzat Ramazanova, Deputy of the Majilis of the Kazakh Parliament and the Chairwoman of the National Commission for Women’s Affairs, Family and Demographic policy and the Kazakh Minister of Internal Affairs Yerlan Turgumbayev participated at the 65th session of the CSW.

The Commission on the Status of Women (CSW) is the principal global intergovernmental body exclusively dedicated to the promotion of gender equality and the empowerment of women. It is a functional commission of the Economic and Social Council (ECOSOC).

The CSW is instrumental in promoting women’s rights, documenting the reality of women’s lives throughout the world, and shaping global standards on gender equality and the empowerment of women.

The aim of the conference is to produce a final document with agreed conclusions in two weeks as well as a series of practical recommendations for governments, intergovernmental bodies and civil society actors.

The conference’s agenda is in line with Kazakhstan’s policies on advancing women’s rights.

At the recent fifth meeting of the National Council of Public Trust, Kazakh President Kassym-Jomart Tokayev proposed to consider increasing the number of women in leadership positions in the government agencies and companies with government administration.

President also instructed the Kazakh Ministry of Internal Affairs to reinstate the special forces to protect women and children from violence with interactive police and civil society.

“Violence against women deprives them their full participation in society and has a negative impact on the institution of the family. The solution to this acute issue is possible only through the joint efforts of government agencies and non-governmental organizations,” said Tokayev.