By Abira Kuandyk in Business on 12 February 2021

NUR-SULTAN – Kazakh President Kassym-Jomart Tokayev participated at the Samruk Business Forum during which the local businesses and the Samruk Kazyna Sovereign Wealth Fund signed preliminary contracts and strategic agreements for a total of 67 billion tenge (US$160 million) on Feb. 11, the Akorda press service reported. 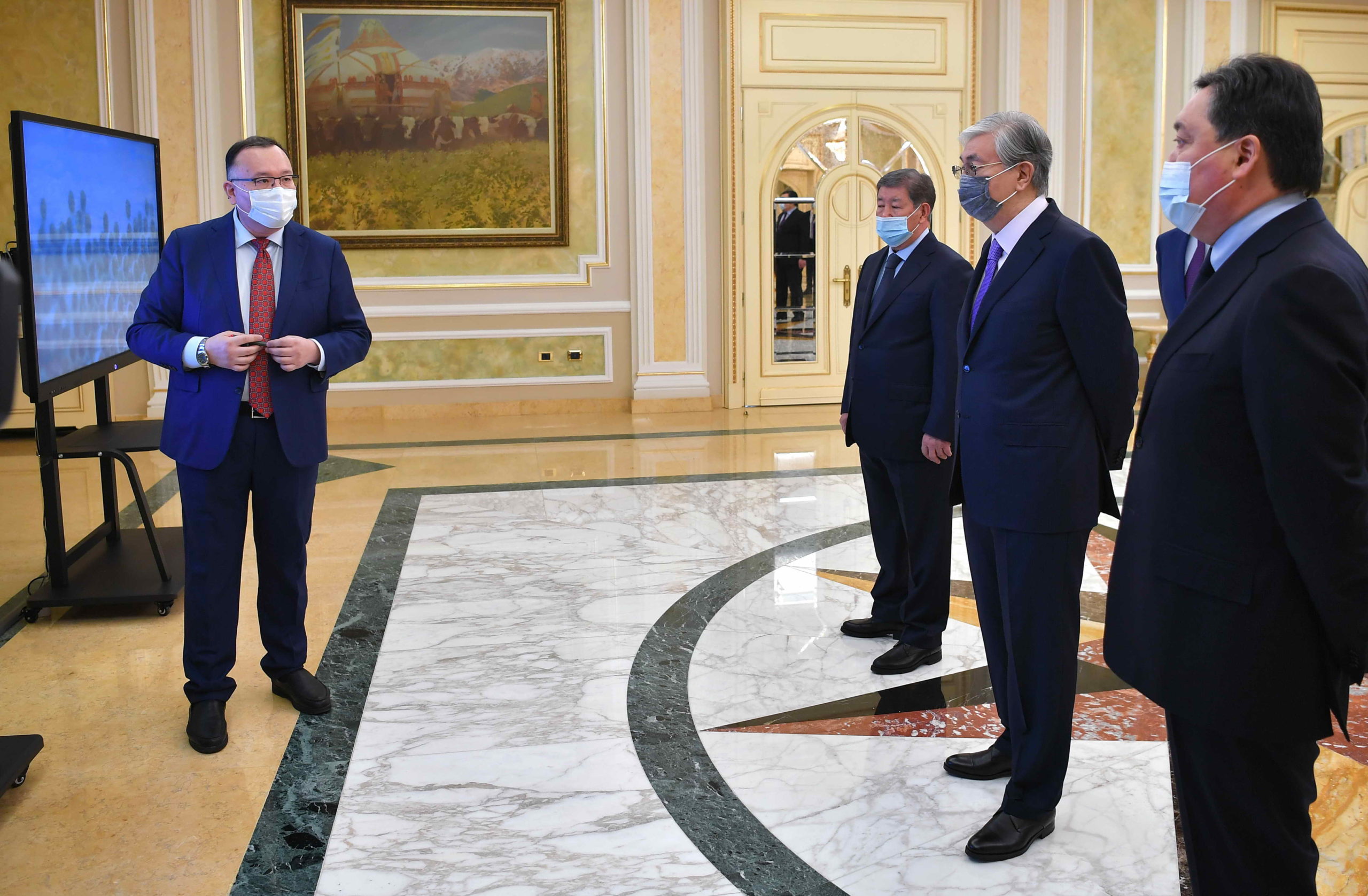 Kazakh President Kassym-Jomart Tokayev noted the importance of conducting the forum for local businesses and for the Samruk Kazyna Fund and has praised the activities of the fund.

“Very good and meaningful plans have been made in more than 15 directions. In particular, a lot of work has been done to optimize the holding’s purchases, a program has been developed to support enterprises, including idle industries,” Tokayev said.

The head of state supports the partnership between large state corporations and business representatives, which is especially important in the fight against the economic consequences of the pandemic.

“Advanced technologies, a well-designed policy of launching products to the market and qualified specialists are the basis for success. There are many companies that have implemented these principles in practice. Enterprises that engaged in fair competition managed to obtain long-term contracts. This speaks of the high quality of products made in Kazakhstan. A number of companies are also developing export markets. But we must admit that there are not many such enterprises. As a result, the government and state corporations will provide constant support,” said Tokayev.

Tokayev noted that the quasi-public sector, in particular, the Samruk-Kazyna Fund, plays an important role in the development of the local industry. He emphasized the need to effectively use the opportunities for joint innovative developments, create a value chain around the Fund’s large enterprises, provide infrastructure support, develop human capital and develop export markets.

The Kazakh President also urged improving the methodology for evaluating local production, in which there will be less ambiguity. This will allow for the right industrial policy to be implemented, effectively setting up support tools. It is also important to ensure maximum transparency at all stages of the procurement process.

“The digitalization of this will help us quickly identify and filter out illogical decisions, prevent overpricing, and help purchase better goods and services. It is required to develop a transparent mechanism for resolving disputes arising in the event of disagreement between tenderers and the decisions of the tender commissions,” Tokayev added.

Tokayev emphasized that Kazakhstan is firmly following the course of denationalizing the economy. This is another opportunity for domestic entrepreneurs and investors. The privatization plan through 2025 includes about 700 state-owned enterprises, 112 of which are part of the Samruk-Kazyna structure.

Tokayev stated the three main principles behind the denationalization policy. First, privatization should exclude the emergence of private monopolists. Second, the sale of assets to private hands should help reduce the burden on the budget. Third, privatization must bring a concrete economic return. The meaning of any enterprise privatization is to increase its efficiency and increase its contribution to the national economy.