By Assel Satubaldina in Kazakhstan’s Independence: 30 Years, Nation on 1 February 2021

NUR-SULTAN – Kazakhstan reaffirmed its plans to transition to a Latin-based Kazakh alphabet, as the national commission that gathered Jan. 28 presented a new version of the Kazakh alphabet. 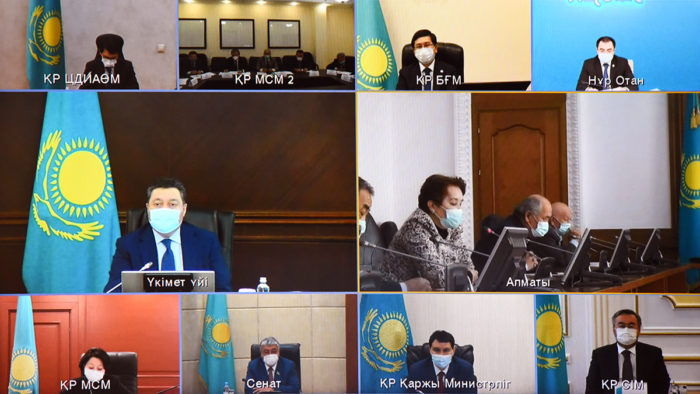 During the meeting. Photo credit: primeminister.kz.

While the country plans to celebrate the 30th anniversary of its independence this year, the announcement comes as a step forward in its broader plan to reform the language. The country’s linguists have repeatedly spoken about the need to transition to Latin since the country gained independence in 1991.

Kazakh is a Turkic language that has its own hissing syllables as well as distinct Kazakh vowels. The new alphabet consists of 31 letters including all 28 Kazakh sounds and incorporates diacritic symbols, such as the macron ( ˉ ), umlaut ( ̈ ), brevis (  ̌ ) and cedille ( ̧) to represent specific Kazakh vowels, such as ә (ä), ө (ö), ү (ü), ұ (ū) и ғ (ğ), ш (ş). 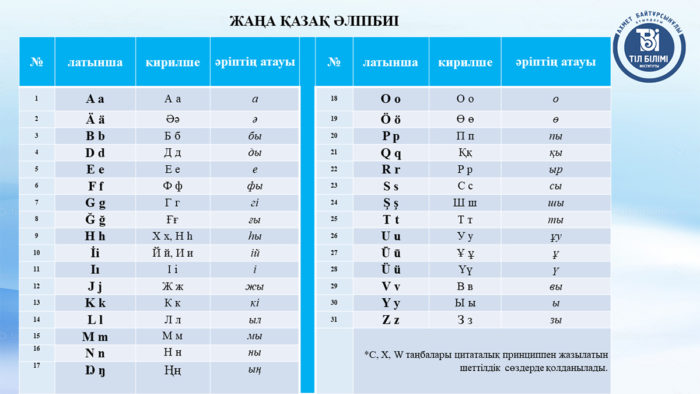 The new version of the alphabet. Photo credit: primeminister.kz

Before the new version, there were several others presented to the public. One of them was an apostrophe alphabet that used apostrophes, but it spurred heated public discussions and criticisms, including from Kazakh President Kassym-Jomart Tokayev, back then.

“Developing a new alphabet is not an easy task. The new alphabet cannot be developed in one day or even in one year. This is not just a transition from Cyrillic to Latin script, this is a large-scale reform of the Kazakh language. (…) The Latin script should be introduced gradually,” said Tokayev at the meeting with the commission in November 2020. 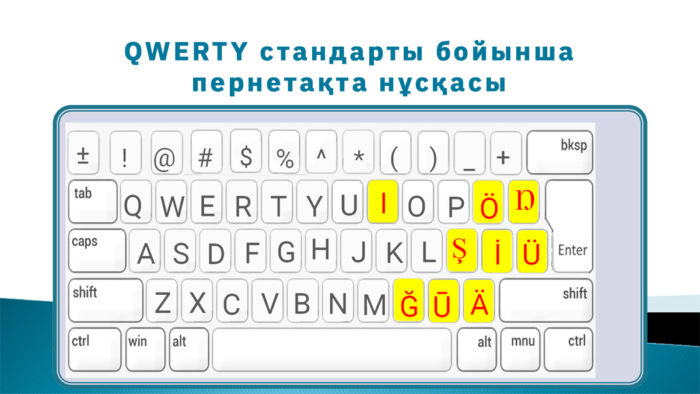 The previous deadline for the transition was 2025, but the Kazakh government now plans to conduct a phased transition from 2023 to 2031.

But despite the lack of a final version, many companies were quick to change their names to a Latin script.

According to Anar Fazylzhanova, director of the Akhmet Baitursynov Institute of Linguistics and member of the national commission, the new alphabet is convenient and easy to comprehend for the population and should not cause confusion and discomfort adapting to it.

“The experience of other countries following a similar path has shown that there could be linguistic discomfort, but I am sure that it does not risk our population because the transition to Latin script was carried out very gradually and smoothly, very slowly, in fact, this issue was broadly discussed since the end of the last century. The population is quite ready for it,” said Fazylzhanova in an interview for this story.

She also said that the Latin and Cyrillic scripts are homogenous.

“If we look closely, all their letters are similar, therefore the new alphabet will not be visually completely different,” she said.

“We know from history that at the beginning of the 20th century, transitioning to Latin script, Turkey did the impossible. They changed the alphabet from Arabic to Latin, and as we know these are completely different graphic systems. But here they are similar,” she added.

Transitioning to a Latin script will strengthen the Kazakh language, bring back original spelling norms and integrate it better in a global cultural context.

“It (new alphabet) is convenient because it allows, on one hand, to adapt influence from foreign languages, and write them according to the Kazakh spelling rules and, on the other side, keep their original graphic image,” said the professor.

It is not the first time that the Kazakh language has switched scripts. Before transitioning to the Latin alphabet in the early 1920s, the Kazakh language was transcribed in Arabic script. In 1940, however, along with other Turkic-speaking constituent republics of the Soviet Union, the country was ordered to adopt a version of Cyrillic, which due to incorporating Kazakh-specific hissing syllables and distinct vowels contains 42 letters.