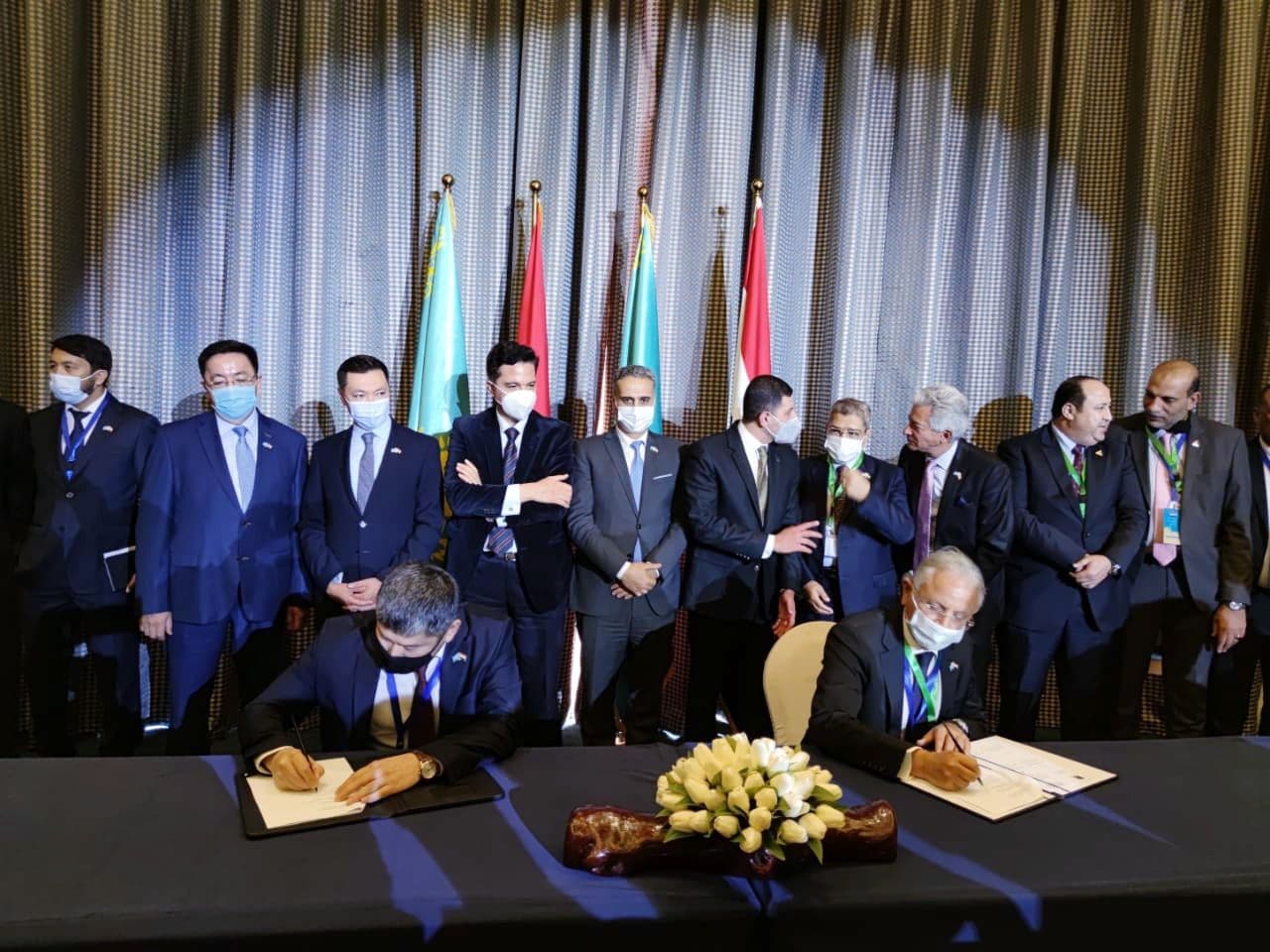 The Kazakh delegation led by Deputy Minister of Foreign Affairs Almas Aidarov was represented by more than 60 companies from Kazakhstan’s 13 regions and the representatives of state bodies and government institutions.

More than 200 business representatives participated in the forum from the Egyptian side as well as Deputy Minister of Foreign Affairs Tariq al-Washimi, Governor of South Sinai Province Khaled Fuda, and Head of the Federation of Egyptian Chambers of Commerce Ibrahim al-Arabi.

The document signed at the forum included the agreement to supply 1 million bottles of water to the Egyptian market with the opportunity of increasing supply by up to 3 million, produce pharmaceuticals based on a Kazakh enterprise, and acquire a copper deposit in Kazakhstan.

The forum, which was first held in Nur-Sultan in March 2019, sought to raise the interest of Egyptian businesses in Kazakh goods in the non-primary sector, as well as to build partnerships between domestic producers and potential Egyptian buyers and investors.

The forum program also featured a Made in Kazakhstan exhibition that displayed Kazakh products, including those companies that are already exporting to the African continent. The forum also featured B2B meetings between Kazakh and Egyptian companies.

“Kazakhstan considers Egypt as the gateway to Africa and is ready to promote exports, with the assistance of the Kazakh-Egyptian Business Council and the Intergovernmental Commission on Trade and Economic Cooperation. An additional impetus to increase the export of Kazakh products will be the signing of the Free Trade Agreement between the Eurasian Economic Union member states and Egypt, which will open access to the Egyptian market with a population of over 100 million people,” said the ambassador.

The meeting participants noted the geographical distance affecting the recent rise in the price of products and the slowdown of trade between the two countries. Kazakhstan’s Vice Minister of Trade and Integration Kairat Torebayev, however, said the Kazakh government sees the opportunity for a four-fold increase in the bilateral trade turnover.

“In this context, Kazakh companies can offer quality goods worth nearly $300 million. To enhance food security, Egyptian companies can locate their export-oriented production facilities in Kazakhstan. For this aim, concessional lending for such projects, insurance of export contracts, reimbursement of costs for the transportation of goods, and service support will be provided. In the near future, Kazakhstan will subsidize the interest rate for foreign buyers of domestic products at the CIRR (Commercial Interest Reference Rates) level. In other words, at the interest rate set by the OECD (The Organisation for Economic Co-operation and Development) on a monthly basis,” he said.

The forum is organized ahead of the upcoming first official visit of the Minister of Foreign Affairs of Egypt to Kazakhstan and the regular political and consular consultations between the two countries, said Egyptian Deputy Foreign Minister Tariq al-Washimi in his opening remarks.