By Abira Kuandyk in Culture on 7 February 2021

NUR-SULTAN – Kazakhstan ranks sixth place in the world in the number of horses, according to eldala.kz, a major agrarian site in Kazakhstan. The horse has symbolic importance for the country as it was first domesticated on Kazakh land and is an integral part of the national history, cuisine and sport in contemporary Kazakhstan. 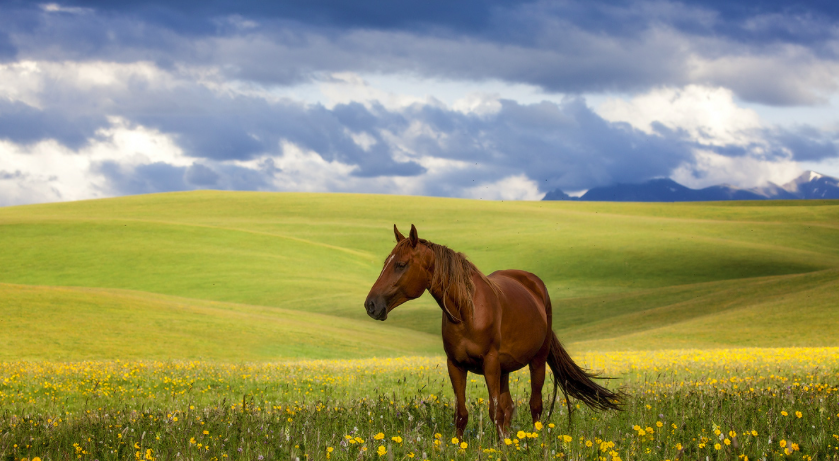 The East Kazakhstan region is the leader with 426,300 heads.

In 2020, 143,000 tons of horse meat on a deadweight basis were produced in Kazakhstan. East Kazakhstan ranks first in terms of production with 25,600 tons yearly.

Horses have always been important for the Kazakh culture. They have traditionally been an integral part of the steppe dweller’s life, in food, health, entertainment as well as in hunting and fighting. Horses were carefully looked after and equipped well. The reverent attitude of the Kazakh people to this animal has been preserved in the culture up to today.

Archeologists from Kazakhstan and abroad have provided evidence that Botai horses in North Kazakhstan were first to be domesticated. 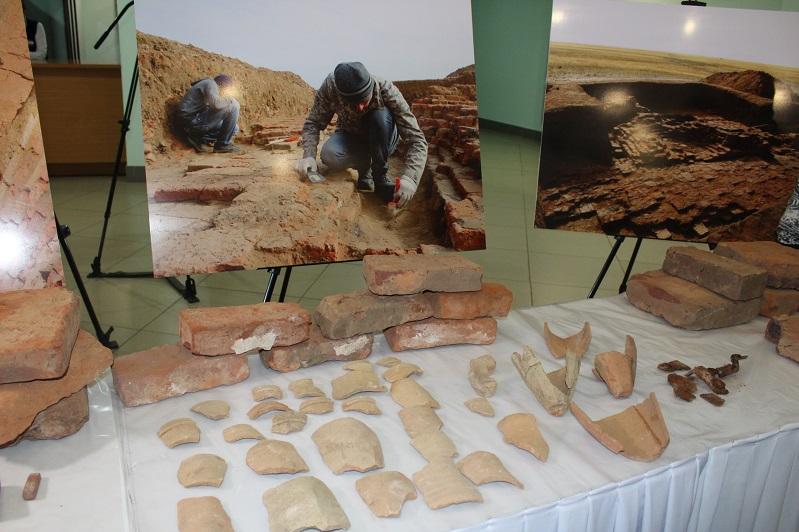 “We have evidence that they were milking horses at that time. We found chemical evidence in the pottery that there was once kumys (fermented mare milk) present, which obviously is a key indication that domesticated horses were being milked. We also have evidence that they were ridden because there are marks on the teeth, which showed they wore some sort of bit. Also, we found in the structure of settlement, that there are corral areas where they could have kept the horses. There are a lot of different types of horse bones around the site which is another indication that horses were being kept close to the settlement,” said Outram.

The omestication of horses is an incredibly important event in human history. Excavations at Botai are still ongoing. The Botai Monument on the banks of the Iman-Burluk River in North Kazakhstan is included in the list of sacred places in Kazakhstan and is a UNESCO protected site. 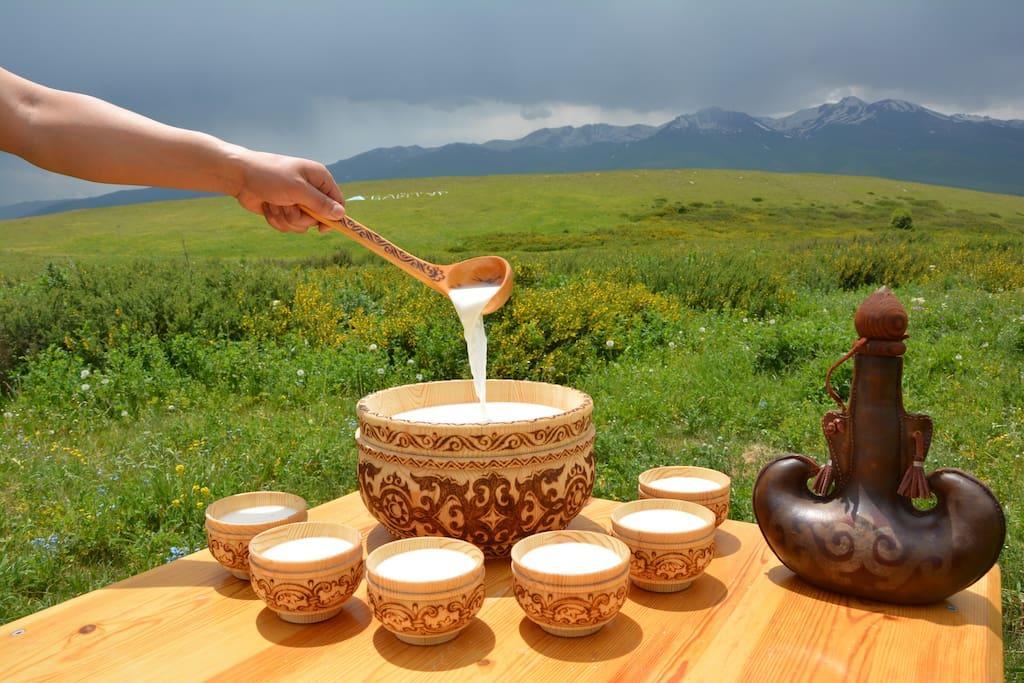 “According to the Bureau of National Statistics, in 2019, Kazakhstan produced 27,600 tons of mare’s milk. Before the October revolution, about 10 million horses grazed in the steppes of Kazakhstan. Now there are only 3 million of them. Kazakhstan’s task is to restore the number of horses. This will provide the country’s population with useful and healthy products,” said the president of the Kazakhstan Academy of Nutrition Toregeldy Sharmanov.

In addition, from the economic point of view, it is profitable to produce horse meat and the mare milk, because horses are able to graze freely throughout the year, while cattle need stockpiled feed, Sharmanov said.

Kokpar is an ancient equestrian sport in which horse-mounted players attempt to advance a headless goat carcass towards the opposing team’s goal.

In contemporary Kazakhstan, Kokpar is being transformed and reimagined as a modern type of sport in conjunction with the country’s more global profile.

The horse plays a major, central role in kokpar, followed by the role of the riders themselves. Fifty percent of the victory in the game depends on the player, the other fifty depends on the horse. Without a well-trained stallion, a person will not win kokpar. Therefore, players train the horse and try to establish a bond with them. 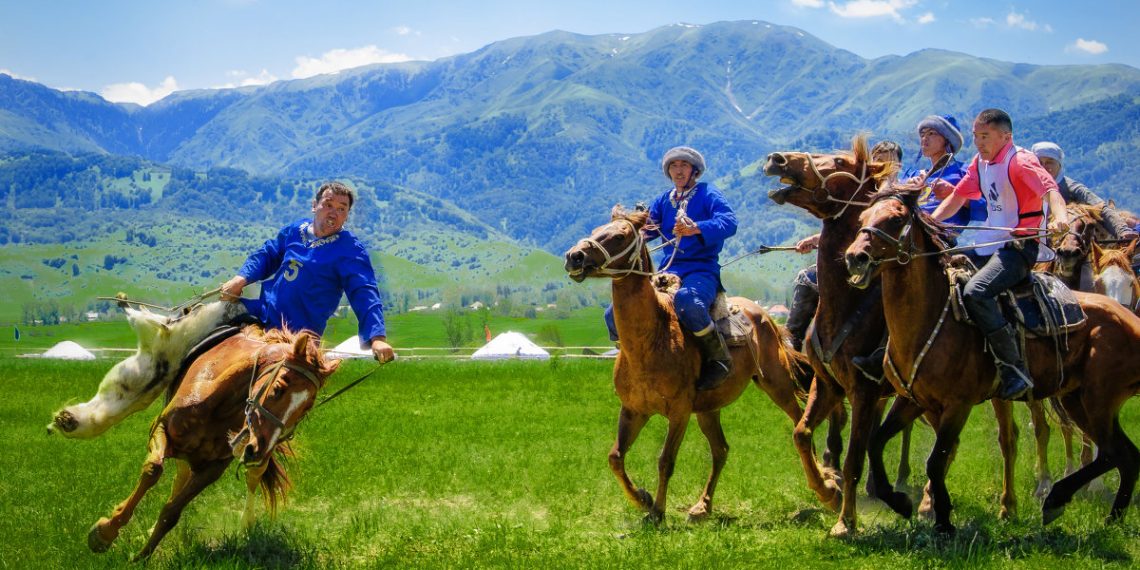 The national horse game is known as Kokpar in Kazakhstan, Buzkashi in Afghanistan, in Tajikistan and the U.S. – Kokboru, Uaq Tartysh in Kyrgyzstan and Kupkari in Uzbekistan.

Horses are placed either on the defensive line or as attackers depending on their physical stature. Horses are also trained to push and to stop the opponent. Kokpar is like horse rugby; clashing into one another at full speed often happens and this involves injuries and traumas.

Besides Kokpar, the popularity and significance of the horse in Kazakh entertainment today remains strong. Equestrian sports centers have sprung up and horse trekking in the nation’s national parks and mountains are popular pastimes, used by Kazakhs to relax and unwind and stay in physical shape.