NUR-SULTAN – Election day continues in Kazakhstan and the leaders of the parties participating in the parliamentary elections also voted. 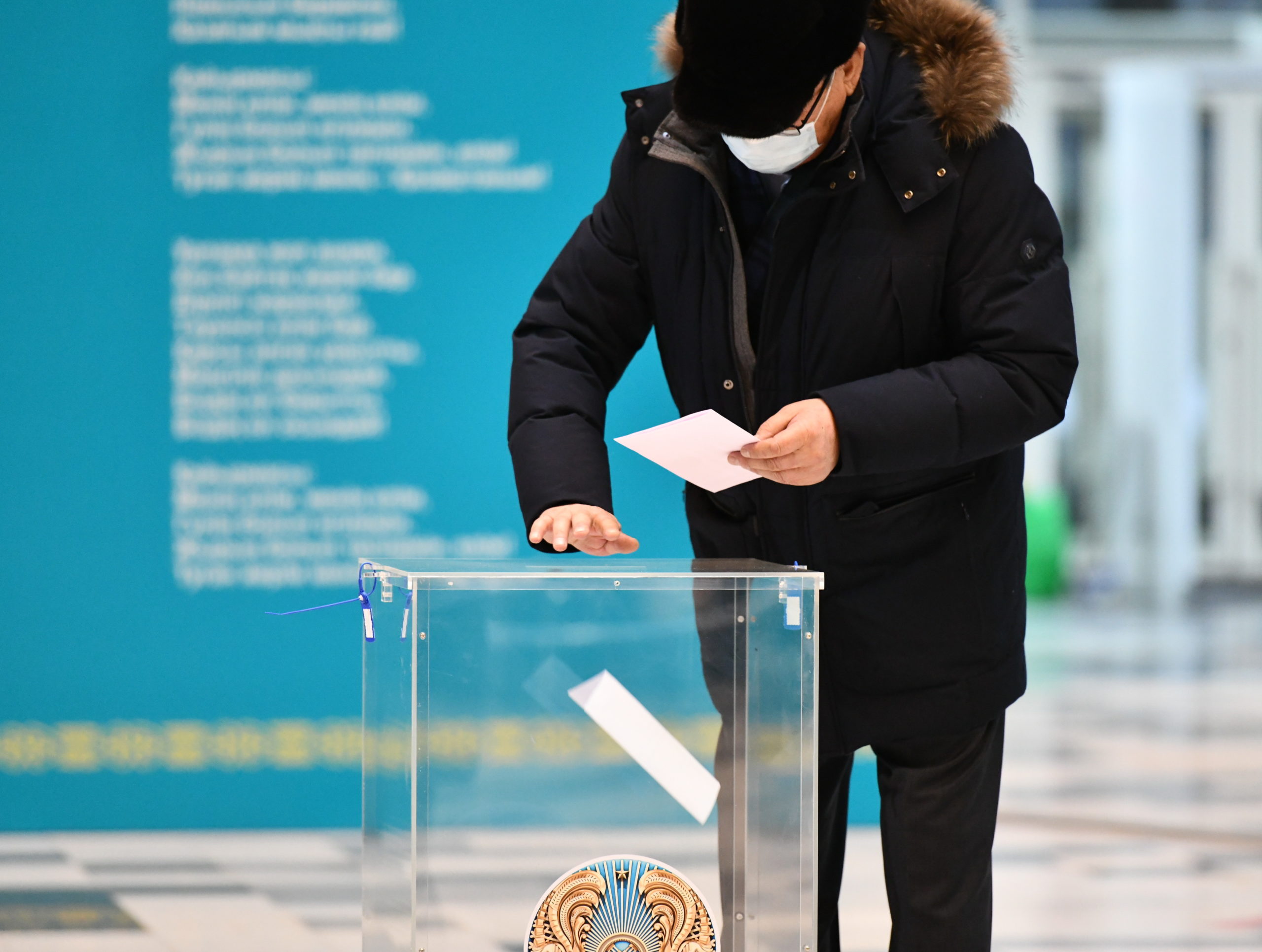 Kazakhstan’s ruling Nur Otan party chair Nursultan Nazarbayev voted at a polling station located at the Astana Opera in Nur-Sultan. After voting, he called on his fellow citizens to go and vote to fulfill what he called a “constitutional duty.”

“To foster development, it is important to elect parliaments and local bodies that will advance our parties. We vote for our future, prosperity and improvement of life for Kazakh citizens. This is what the electoral programs seek to accomplish,” Nazarbayev told the journalists gathered at a polling station. 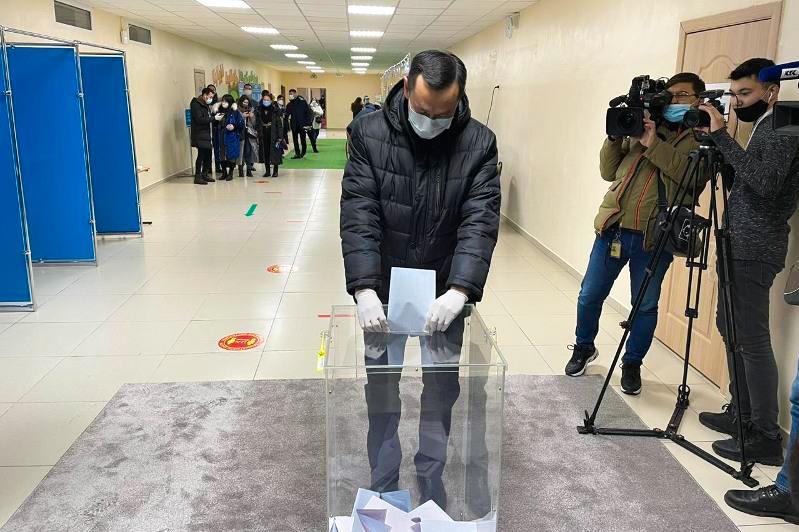 “I believe that everyone needs to exercise a constitutional right, vote and thereby influence the decision-making for the development of Kazakhstan, for people to witness improvements, and have a chance to influence the political, economic, and social policies of the state. This is a priority for our party,” said Konurov expressing his hope that the election will be fair.

Bektayev said that the current election was special, but difficult. He noted the difficulty of conducting an election campaign due to coronavirus restrictions that are in place. 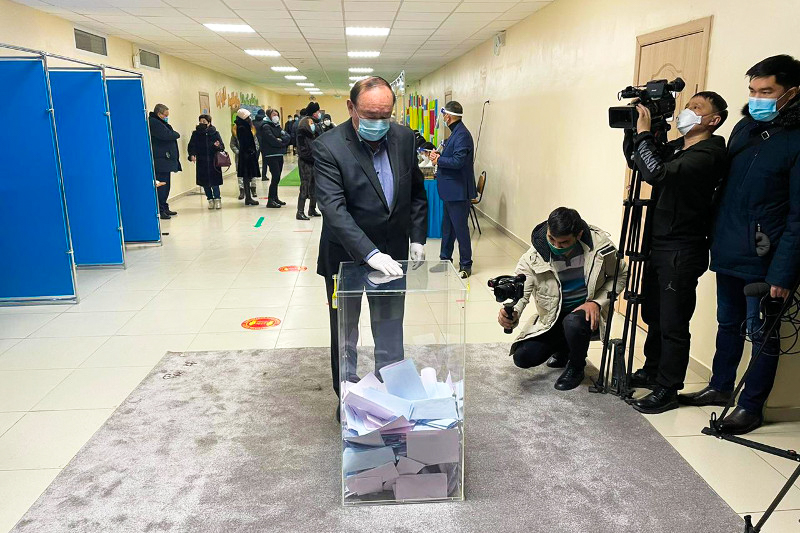 “This year, we involved not only party representatives, but the entire population in the election. To earn a place in the parliament, it is necessary to have seven percent of votes, therefore we hope that electors will vote for us and we will pass the threshold,” said Bektayev, as quoted by informburo.kz.

Adal party chair Serik Sultangali also voted at the polling station located at the Astana Opera. “Our party is still young and not known widely. We traveled across the country in a very short period of time, had many meetings. We addressed all the problems. (…) These people are not just young people who want to turn the world upside down. No, these are mindful young people, who went all the way,” said Sultangali. 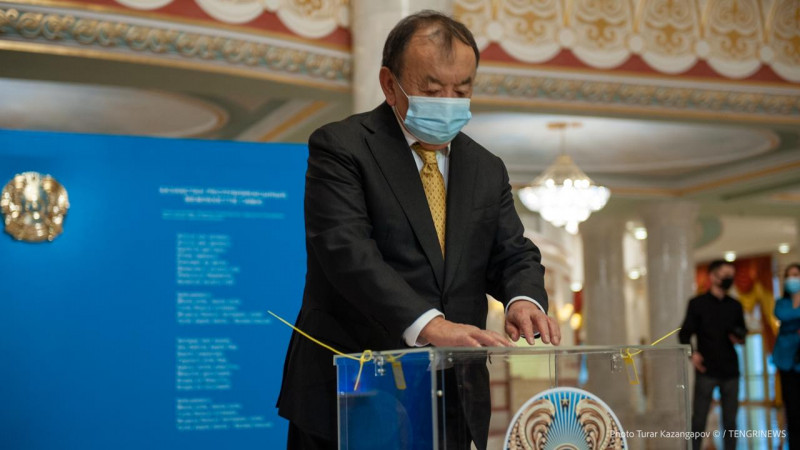 Ak Zhol party chair Azat Peruashev, voting at No. 122 polling station, expressed his hope that the election be fair and transparent. 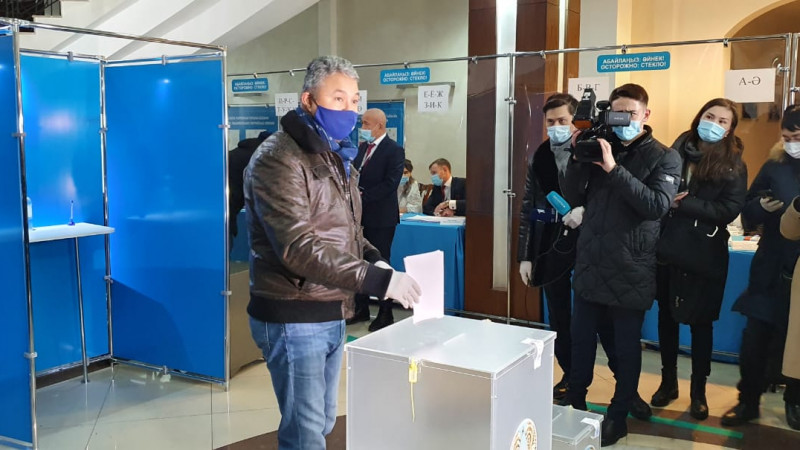 “Unfortunately, there are reports that in some places, the work of our observers is being impeded. I hope as voting continues, these issues will be addressed,” said Peruashev. He also noted that the important thing is everyone’s participation.