By Aidana Yergaliyeva in Nation on 15 January 2021

NUR-SULTAN – Kazakh President Kassym-Jomart Tokayev proposed further political modernization and outlined his 2021 priorities for the Kazakh Parliament and government at the Dec. 15 opening of the first session of the Parliament of the seventh convocation. 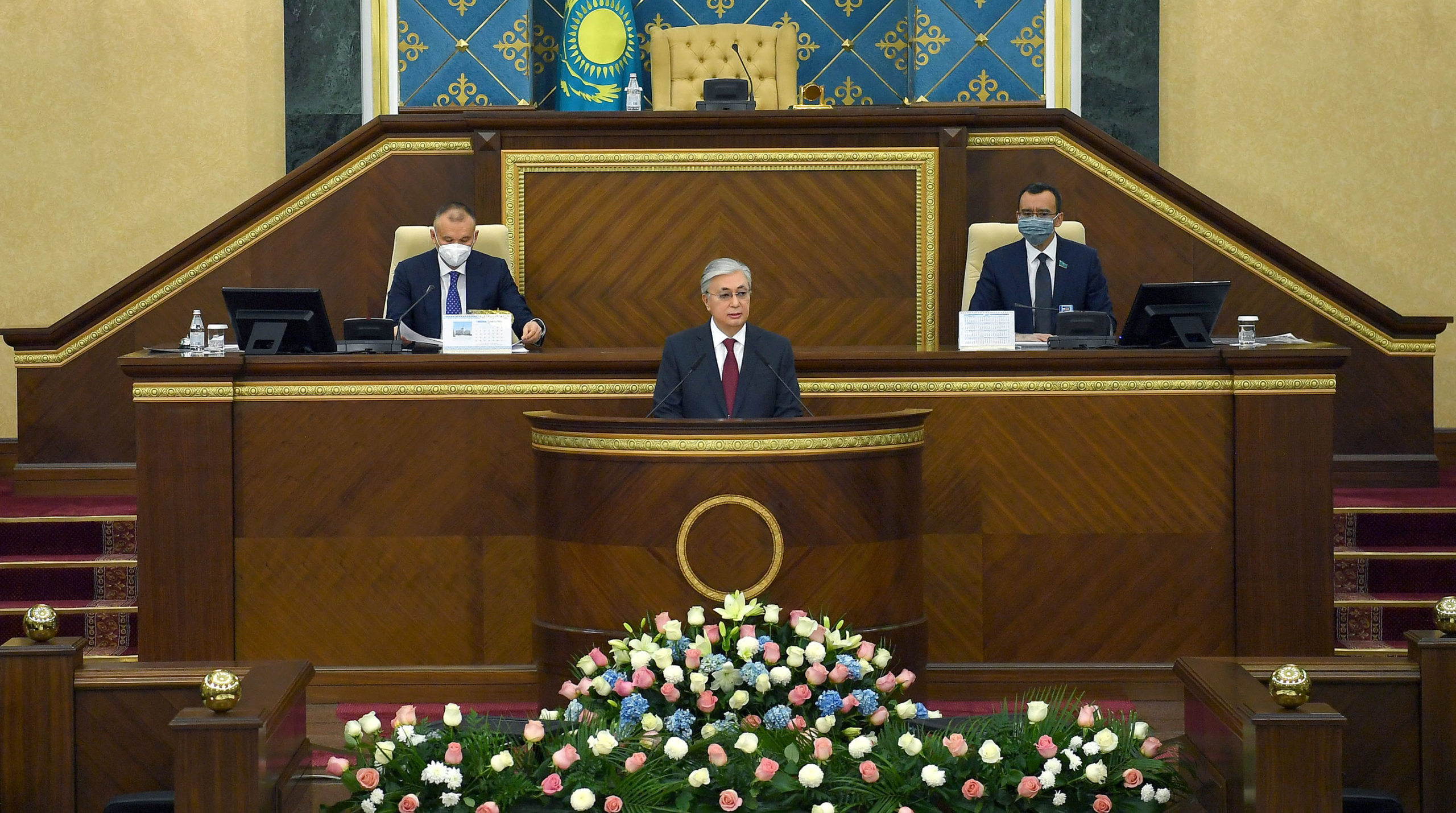 At the end of the last parliamentary elections, two Kazakh political parties were just a few percent away from earning seats in the Majilis (lower house of the Parliament). The President proposed to reduce the mandatory vote threshold from seven to five percent for more political parties to be able to enter the Majilis and, thereby, increase the political competition.

“The time has come to make such a decision. Such a rule will stimulate legally registered parties to participate in the next elections,” he said. “This initiative will expand representation, and allow us to take into account the opinion of the widest possible layers of the population when developing state policy.”

In addition to that, he proposed to return the option “none of the above” to the ballots because “the concept of alternative views and voting against all should be considered normal in Kazakhstan.”

The President informed the citienry about the upcoming akim (governor) elections in rural districts in Kazakhstan. These elections should “strengthen the system of local self-government at the grassroots level,” he stressed.

The Jan. 10 Kazakh parliamentary elections coincided with Kazakhstan’s 30th anniversary year of independence. In this historical year, Tokayev called on the deputies to focus their efforts on building “an effective state and a just society.”

“The main priority is to improve the quality of life and increase the well-being of citizens. The people are waiting for a full return and concrete results from the socio-economic programs we have implemented,” he said.

Tokayev instructed the Parliament to make every effort to develop the rule of law and strengthen government approval.

The President also stressed the importance of modernizing social policies, education, healthcare, and pension systems. In addition to this, Tokayev instructed the Kazakh government to prioritize the progressive growth of the national economy, continue countercyclical macroeconomic policies to support economic activity, as well as to focus on creating favorable conditions for doing business.

“Given the dynamic transformation of the labor market, it is necessary to stimulate the flow of labor from low-productivity to more productive sectors of the economy. As I said earlier, the industry of our country should be flexible and adaptable to change,” said Tokayev.

Another priority will be the infrastructure connecting regions, cities, districts, and villages. According to him, the government will modernize more than 3,500 villages and repair roads between villages and all national highways.

Tokayev concluded that the Parliament is the locus of all activities aimed at protecting the interests of the country. He called on the deputies to make decisions with a sense of the highest responsibility and to always remember that the Kazakh people expect positive changes.