NUR-SULTAN – January 10 has been a special day for the Kazakh people as the citizenry believe voting is the constitutional duty of every citizen and also their right to choose the representative branch of power. Kazakh citizens in Nur-Sultan and in Rome and Moscow and in 51 other countries in the world shared their motivations to vote and their expectations on the Majilis (the lower chamber of the Kazakh Parliament) elections for the future. 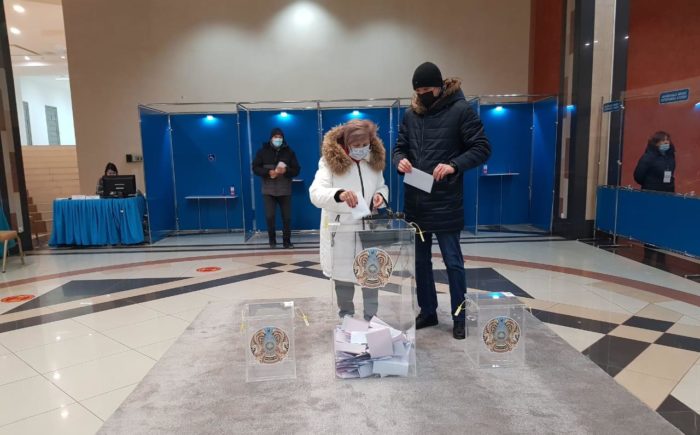 One of the first voters, Orik Imangozhina, Candidate of Pedagogical Sciences, Honorary Professor came to polling station number 314 in Nur-Sultan.

Imangozhina, 71 years old, has accumulated 50 years of work experience. She started as a primary school teacher and finalized her career at the university and at the Ministry of Education and Science.

“I am a patriot of my country; therefore, I came to vote. The country formation was born right in front of my eyes”, said Imangozhina.

She expressed her belief that voting is essential for every citizen. “From the elections, I expect positive changes and developments. I wish the authorities would put more trust in young people. I worked at the university and worked a lot with the youth. They are very creative, whether they have studied in Kazakhstan or abroad. Besides, it is important to address social issues that the population faces. Young people know how to solve these issues,” she explained.

“We need to give way to the younger generation who think creatively. If we start trusting them, we can get many interesting and innovative solutions. I am referring not to fresh graduates, but to people who have some years of experience under them. Personally, I want to be a mentor in my years, but not to compete with them. These are the changes I expect from our upcoming parliamentary elections.” she added.

Pensioner Viktor Togusov was also one of those who voted in the early morning. “We vote for the better future of our children. We hope that the new deputies will serve our country. I never miss elections. I come here and I’m happy to see my neighbors and friends here too,” Togusov said.

Nus-Sultan resident Sabina Amanbayeva, 25, was one of those who came to the polling station at noon. “It is important for me to vote. I also asked my friends to vote because this is our country and staying indifferent is not an option. We are doing our civic duty. My parents also came here in the early morning,” she said. 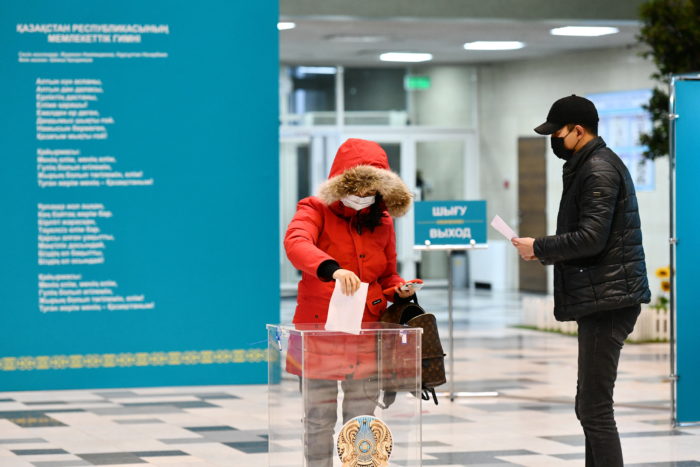 Photo credit: The press service of the Kazakh Ministry of Foreign Affairs.

Also, for Kazakh citizens who are staying abroad, 66 polling stations are open in 53 countries and operate according to their local time.

The Embassy of Kazakhstan in Italy opened a polling station in Rome as well as an exit box in Milan for citizens temporarily or permanently residing in Italy. In total, 131 Kazakh citizens registered for voting. 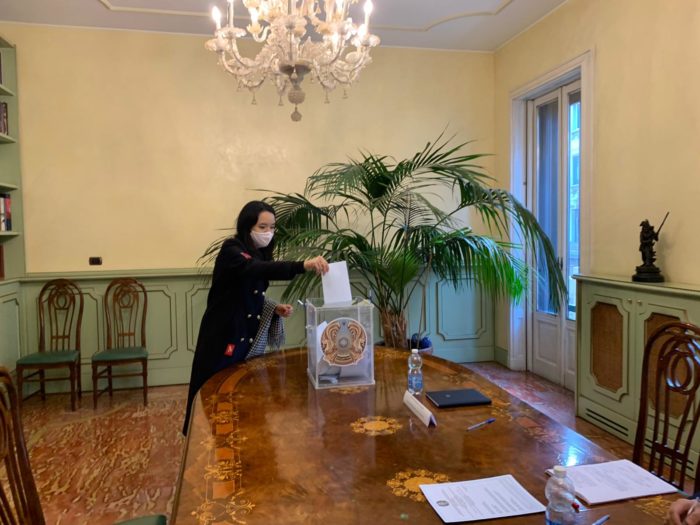 Photo credit: The Embassy of Kazakhstan in Italy.

“Despite the current situation in Rome with the Corona restrictions, I came to vote and witnessed how our students and other Kazakh citizens express interest in the process. It was a pleasure to see. Studying abroad, I feel a greater desire to express my civic duty. More votes prove the unity of our country,” said Aida Kurmangaliyeva, who is studying in one of the universities in Rome.

“I come to vote for the party that I support. I have seen that some parties are developing and showing different trajectories. I expect many improvements, voting is the way that I can express my opinion,” said Begzhan Kuanyshbek, a Kazakh student in Rome.

In Moscow, the Embassy of Kazakhstan in the Russian Federation opened polling station number 265 at 7 a.m. local time. 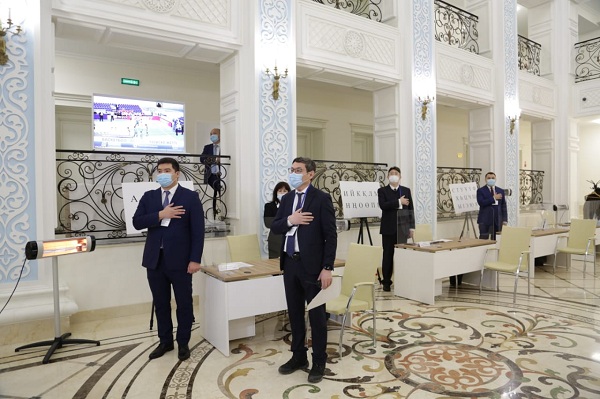 The voting in Moscow began with the national anthem of Kazakhstan. Photo credit:
Kazembassy.ru.

By 10 a.m. Moscow time, 174 citizens have voted in the Russian capital. The voting is taking place calmly, the citizen’s activity is high, said Yerkin Tukumov Chairman of the precinct election commission, minister-counselor of the Embassy of Kazakhstan Russia, according to Kazembassy.ru.

“Today is a very important and significant day – we are choosing the future. In the context of complex foreign policy and temporary economic challenges, the current elections have to be a uniting factor for our society which helps our country to prosper further. I would like to note that the elections are being carried out in the same year as the 30th anniversary of Kazakhstan’s independence. The new members of Majilis and the local deputies face enormous challenges to develop the strategic direction of Kazakhstan’s First President and implement the President’s initiatives. I call on all Kazakh citizens to come and vote”, said Zhanybek Imanaliyev Plenipotentiary Representative of Kazakhstan in the Permanent Council of the Collective Security Treaty Organization, according to Kazembassy.ru.

Among the first voters in Moscow, Adil Sariyev said that he came to fulfill his civic duty.

“As it happens, I am far from my motherland, I studied in Moscow and now I work here. Today’s elections to the Majilis determine the further development of Kazakhstan. The future of our country depends on every vote. Therefore, I urge all Kazakh citizens to come and vote,” said Sariyev.