By Aidana Yergaliyeva in Tourism on 15 January 2021 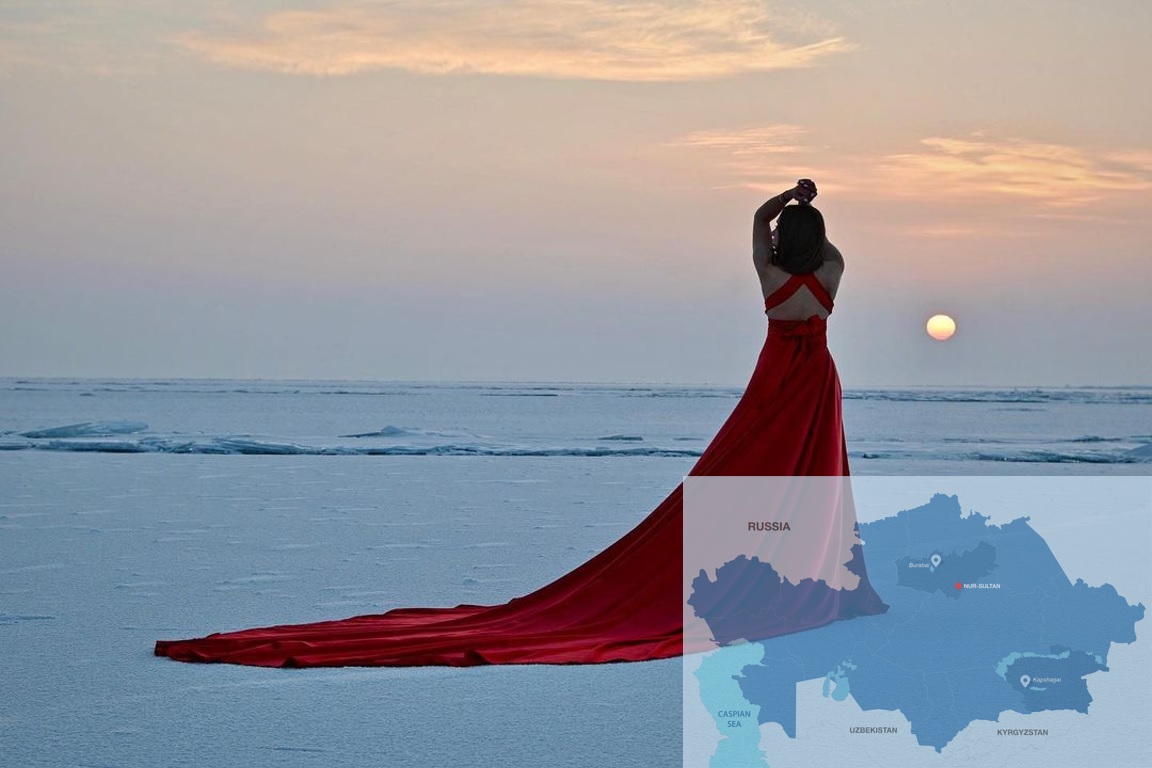 Tursynbayeva awed her instagram audience with a gentle dance on a lake in the Burabai district. She performed her dance to the accompaniment of a song titled “Znai (Know)” by now world-famous Kazakh singer Dimash Kudaibergen.

“Yesterday I went to Burabai for the first time and saw not only all this beauty but also had a good time. A small dream came true: I skated on the lake, and even to the music of @ kudaibergenov.dimash, to one of my favorite tunes ‘Znai (Know). Lately, I couldn’t get it out of my head,’” Tursynbayeva said in an instagram post.

Tursynbayeva is the first female skater to land a quadruple salchow jump in a senior competition at the 2019 World Figure Skating Championship. She is the silver medalist in multiple world figure skating championships and the triple Kazakh national champion between 2015 and 2017.

A week earlier, Pankratova posted her performance on Kapshagai Lake. Despite the cold, she gracefully skated along the frozen lake on a fire-red dress with a long tail.

Pankratova is a retired figure skater in her early-20s. To her own surprise, she went viral with a video of her dancing on the Big Almaty Lake two years ago. There were both admirers of the performance and the nature around the mountain lake and haters who were displeased that she was “contaminating” the pristine water of a protected lake. The local police department had a conversation with the skater explaining the illegality of skating on the lake.

This did not discourage the skater from posting another such performance later on the turquoise-colored Kaiyndy Lake. This time, it was a collaboration project with the Visit Almaty tourist information center to popularize tourism in Kazakhstan.