By Zhanna Shayakhmetova in Society on 28 January 2021 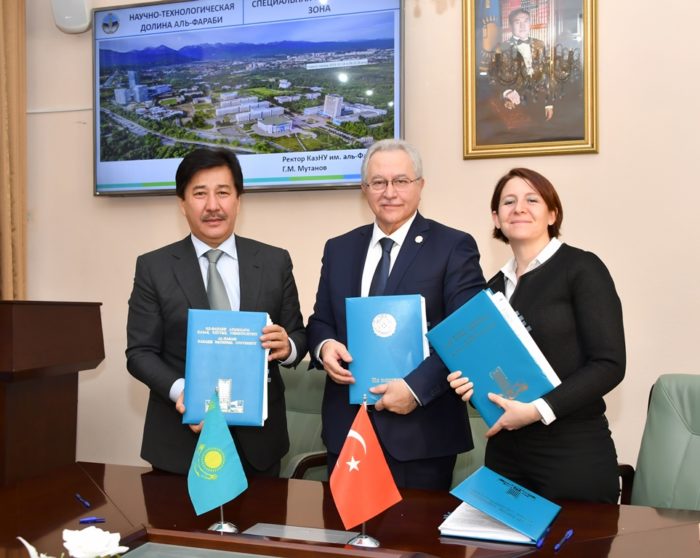 KazNU and the Görkem Co Turkish company signed an investment agreement for the construction of facilities and training of specialists in the field of IT-technologies, innovations and medicine. As part of the agreement, approximately $1 billion will be invested in the project.

According to the plan, the university will launch the Alliance of Universities of the New Silk Road IT technopark based on the Silicon Valley model. The technopark intends to cooperate with more than 150 of the world’s leading universities. 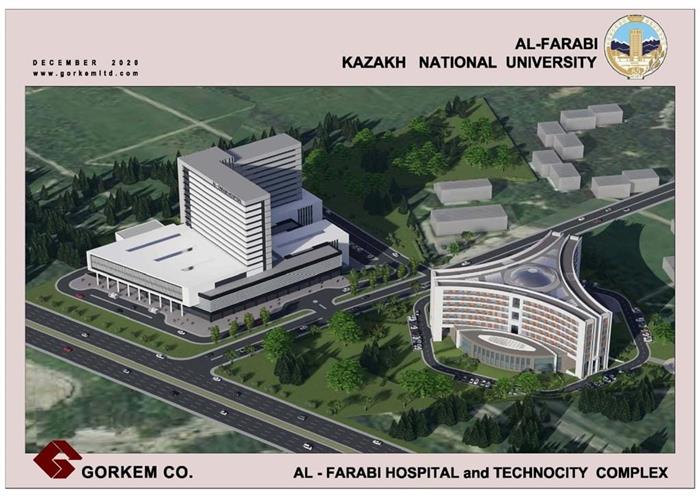 It is also expected to build a hospital with 500 beds and a research laboratory at the Science and Technology Center. The facilities will be located on the campus of the university.

General Manager of Gorkem Construction Osman Mimarsinanoglu noted that they were looking for a reliable and promising partner to launch the project.

“Our cooperation with one of the best universities of the Turkic and Islamic world, which occupies 165th place in the global universities’ ranking, opens up new opportunities for the international project and will further strengthen the relations of our friendly countries,” said Mimarsinanoglu at the agreement signing meeting in Almaty.

At the first stage, 500 jobs will be created. Then the number of jobs will be increased to 1,000 in the future.

“It is important to attract investments and world-class specialists in healthcare in the light of the pandemic. This is a new level for us after many years of work,” said Rector of KazNU Galimkair Mutanov.

The project will be implemented over the next four years. The investors intend to start the first stage this year.

In 2020, KazNU advanced to the 165th place in the Quacquarelli Symonds (QS) global ranking and became the first Kazakh university, which made the breakthrough to the top 200 best universities globally.