By Zhanna Shayakhmetova in Nation on 22 December 2020

NUR-SULTAN – The headquarters of the Kazakh Federation of Trade Unions’ (KFTU) observers launched a special hotline to receive complaints on violations of citizens’ electoral rights during the electoral period, the organization’s press service reported Dec.21. 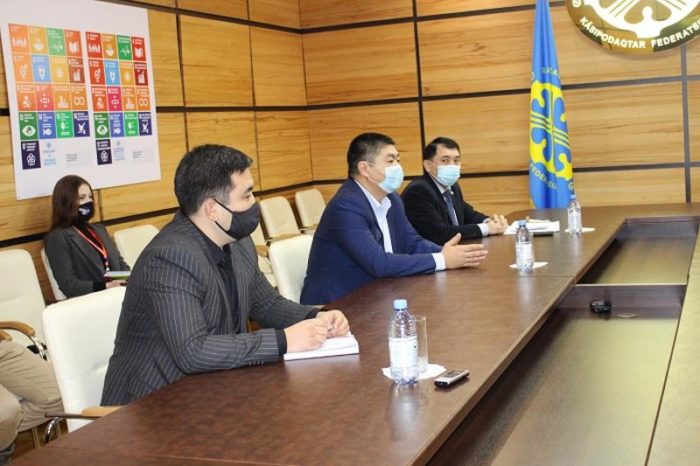 People can report about any incidents related to the upcoming elections by calling +7 775 005 4242.

The federation intends to suppress any attempts to influence workers to vote for a certain party. In this light, regional headquarters meet with labor unions and employers to prevent violations of citizens’ electoral rights.

Nurlan Uteshev, the deputy chairman of the KFTU and leader of the KFTU observers, noted that the key priorities of the federation are to protect the rights and interests of workers during the recent meeting with observers and representatives of the Auyl Party.

“Our efforts to protect workers’ rights will receive a new impetus if people who promote the interests of workers will be represented in the Parliament. Unity, justice, development are the main principles in the activities of the Federation of Trade Unions, which helps to preserve the basic values ​​of democracy,” said Uteshev.

Currently, the regional headquarters of observers take part in the meetings with representatives of political parties, employers and labor unions nationwide.

According to Uteshev, approximately 7,000 people serve as observers nationwide. The federation also strengthened their cooperation with other public institutions in Kazakhstan.

“We have consolidated our efforts with the Civil Alliance of Kazakhstan and created a Non-Party Observation Center to train observers for the effective observation process,” he added.

The headquarters of the KFTU’s observers agreed to strengthen their partnership with the Ayul party. At the same time, they insisted that this would not reflect on the neutral position of observers from the trade unions.

“It is important to strengthen the unity within trade unions and to ensure the social protection of trade union members. The trade unions advocate for the elections to be open, transparent and fair,” said Uteshev.