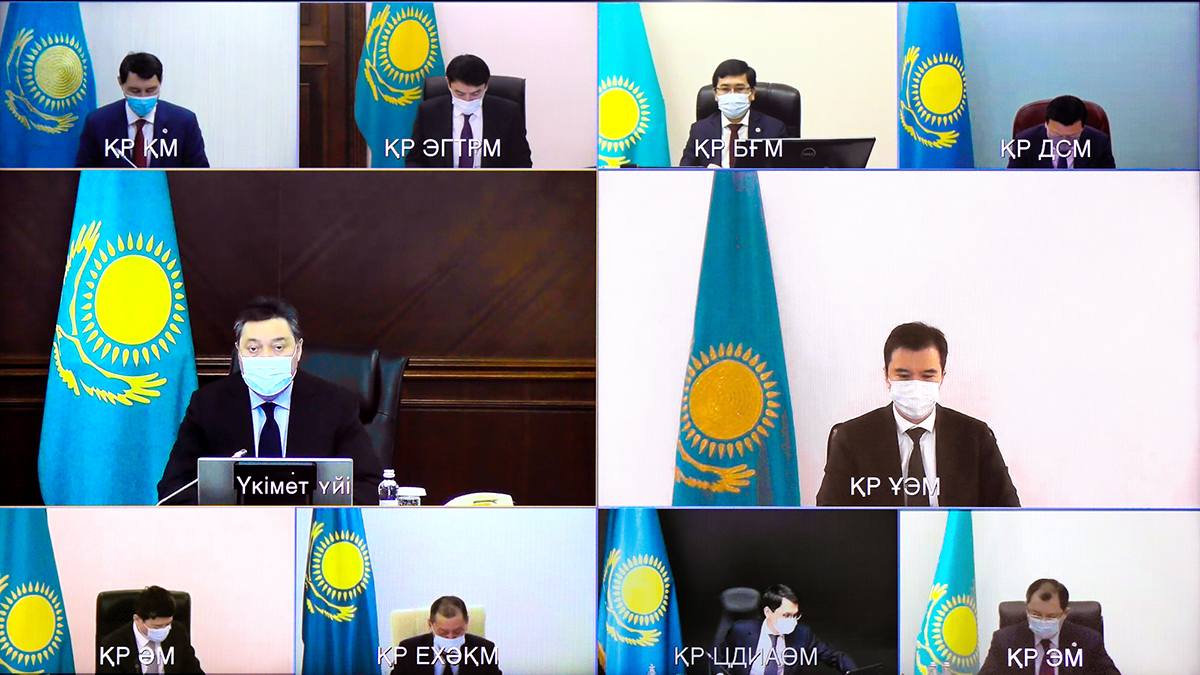 The processing industry grew by 3.3 percent, where pharmaceuticals and car construction increased the most by 39.5 percent and 52.6 percent respectively.

“The underlying drivers of positive dynamics remain investment in non-extractive sectors, economic lending, real sector growth and rebounded growth in services, as well as ongoing measures to support the economy,” said the minister.

The service sector, which suffered the most from the coronavirus outbreak, is also showing positive signs.

Speaking at the meeting, Kazakh Energy Minister Nurlan Nogayev said that oil and gas condensate production amounted to 78.5 million tonnes over the past 11 months, exceeding the nation’s plan by one percent.

Nogayev also spoke about the recent meeting of the Organization of the Petroleum Exporting Countries (OPEC), where the countries agreed on a modest production increase of 500,000 barrels per day starting January 2021.

“This decision was taken for January 2021 only. Decisions for the following months will be taken from January 2021 onwards at monthly meetings with OPEC+ ministers taking into account the current situation in the oil market,” said the minister.

In April, OPEC and non-OPEC allies agreed on a record slash in oil production amounting to 7.7 million barrels per day, or ten percent of global oil output after a slump in global oil demand amid the coronavirus outbreak.