By Aidana Yergaliyeva in Nation on 16 December 2020

NUR-SULTAN – The quarantine measures associated with the COVID-19 pandemic have canceled many of the festivities around celebrating Kazakhstan’s main state holiday – Independence Day on Dec. 16. Kazakhs still found ways to express and honor the long-awaited independence by proudly displaying the Kazakh national flag on their balconies, on their social media pages, among other things. 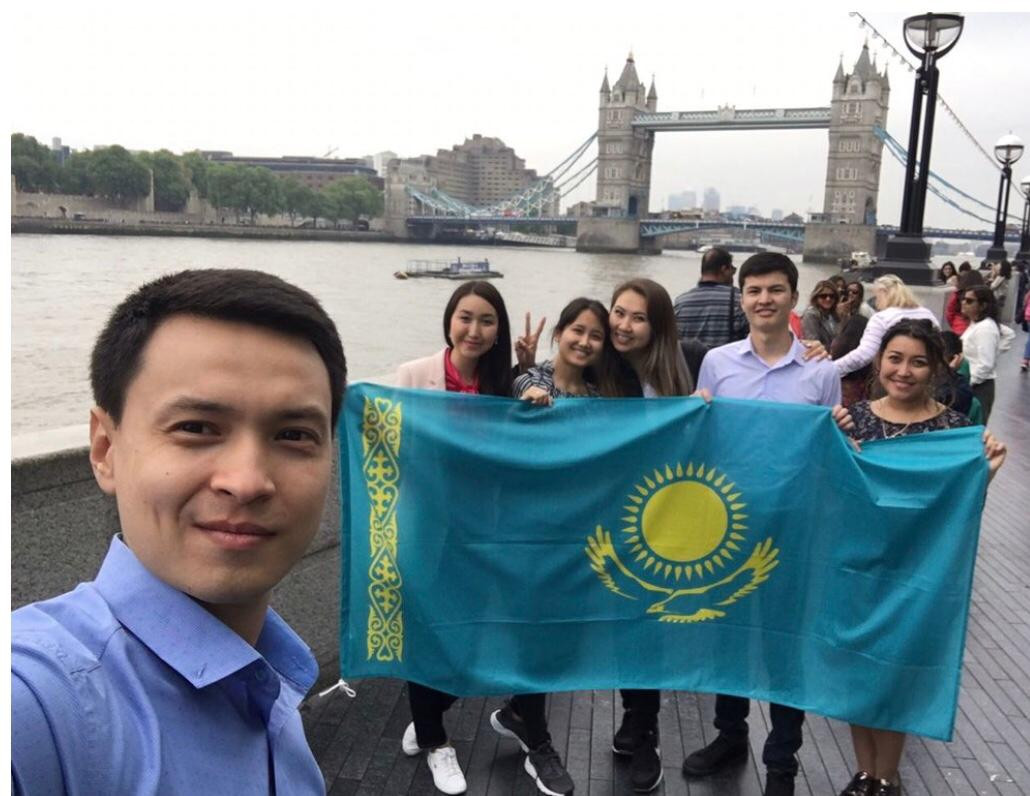 On the eve of Independence Day, the Kazakh government usually organizes ceremonies to award the most distinguished Kazakh citizens. The festivals and fairs would fill up the Kazakh streets with joy during the holidays. Every evening on Dec. 16, the festivities culminate with fireworks in larger cities. While many of these events were banned to ensure social distancing and the safety of citizens, Kazakhs started to express their patriotism in different ways.

The Kazakh capital residents, for example, proudly decorated their balconies with the distinctive blue and yellow flag in honor of the 29th anniversary of the Independence Day, Nur-Sultan Akimat press service reported.

“Today we are all united as a sign of respect and love for our motherland! At such moments, we especially feel a spirit of unity and patriotism. I congratulate Kazakhs on their Independence Day, I wish you all well-being and prosperity,” said Kazakh capital resident Ulzhan Myrzageldiyeva.

A few weeks ago, such a display of patriotism would have been illegal. The Kazakh government only recently signed a Nov. 27 decree that changed the regulation on the use of the national flag. This allowed Kazakhs to place the flag on buildings and balconies to express their patriotic feelings, as well as to support the achievements of fellow Kazakh citizens. 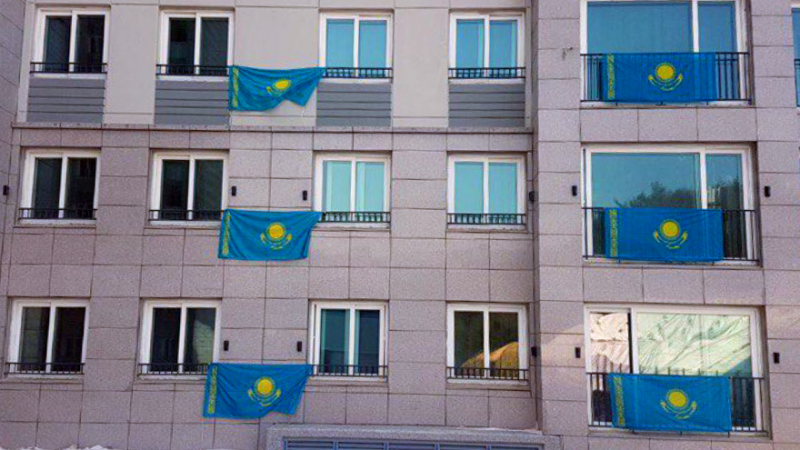 Even Kazakh students studying abroad with the Bolashak (Future) state education scholarship joined in celebrating the flag. The students have been publishing photos of themselves with the Kazakh flag marking it with hashtag #MeninTuymMeninOtanym (My flag. My homeland!) on social media pages.

“Our students take part in the celebration all over the world. The flag for students studying abroad is more than symbolism. This is a part of their home and themselves, a reminder of our shared homeland. Away from their home, students develop a particularly strong sense of patriotism. They fly the flag of Kazakhstan, and begin to talk about our country, culture, and traditions,” said Bolashak Association Executive Director Laura Demesinova.

The Kazakh flag is not the easiest flag to draw as it has sophisticated national ornaments and a silhouette of an eagle soaring under the sun. Yet thousands of Pavlodar schoolchildren participated in drawing action of the national flag and displayed their drawings through the windows of their apartments.

Kazakh citizens called on their fellow compatriots to celebrate the day together.

In addition to this, cultural institutions prepared exhibitions, concerts, performances, premieres, and lectures. Most of these events will be held online.