By Aidana Yergaliyeva in Nation on 24 December 2020

NUR-SULTAN – The Kazakh Central Election Commission (CEC) discussed the registration, ballots, and expenses for Majilis (a lower house of the Kazakh Parliament) deputies nominated by the Assembly of People of Kazakhstan (APK) Council during the Dec. 24 commission meeting. 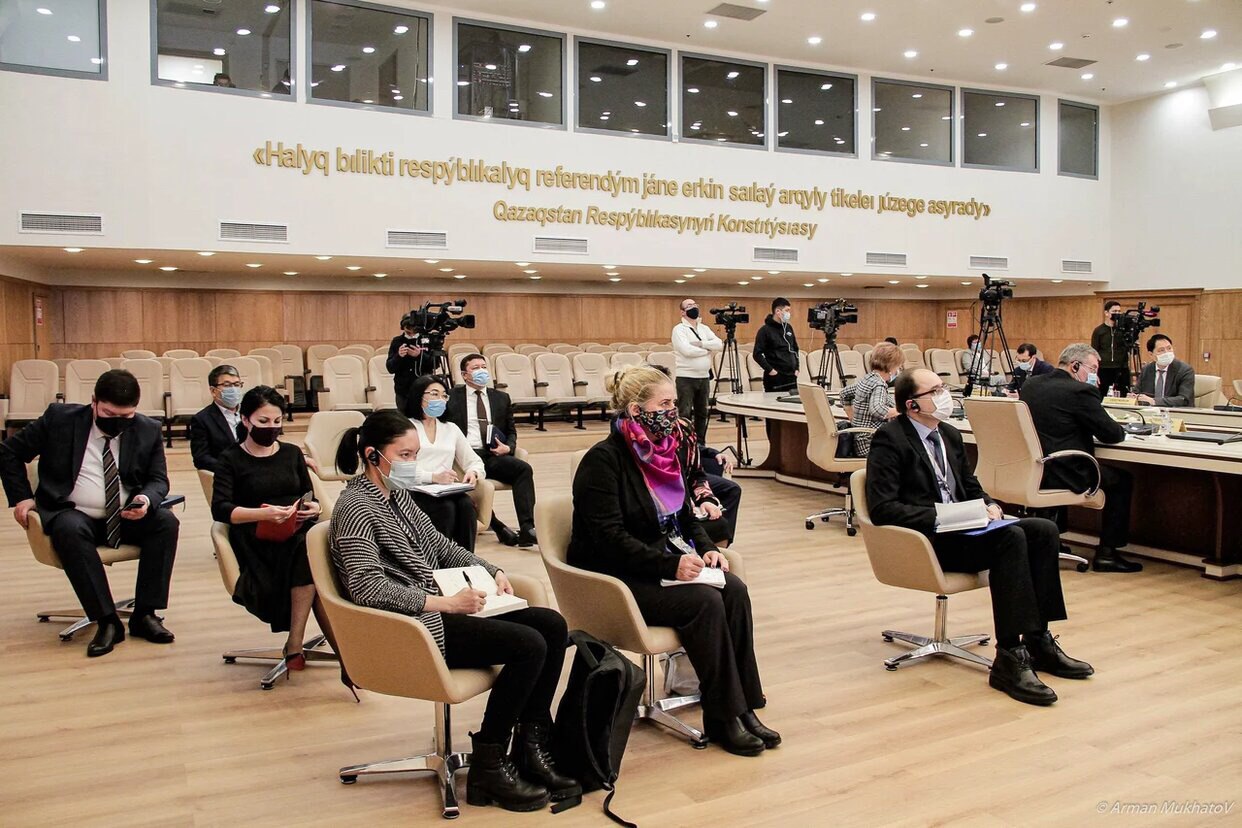 The commission scheduled the elections of the APK deputy group, the assembly-nominated Majilis deputies, on Jan. 11. In Kazakhstan, the APK has a constitutional right to appoint up to nine candidates to the Majilis. The candidates can win a seat on the Majilis only by more than half of the present APK members’ vote, which is 504 people. The APK submitted its list of candidates to the CEC on Dec. 14 .

As required by the other deputies, the deputy group members must be Kazakh citizens, 25 years and older, who have lived for the past 10 years in Kazakhstan. The candidates must have no criminal record or conviction. The CEC confirmed the APK candidates’ compliance with the constitutional requirements and registered nine candidates with the Dec. 24 resolution.

According to CEC member Yerlan Dauylbayev, the commission included all 504 APK members in the voter list and will produce 509 ballots including spare ballots, which is equal to one percent of the total member number.

The state guarantees candidates an equal allocation of funds to promote their programs in the media. The CEC established a candidate’s expenses at 870,000 tenge (US$2,067.3), CEC Secretary Sabila Mustafina announced.

The national budget will also cover the expenses for public pre-election events and campaign materials. The fund is fixed at 130,000 tenge (US$309). The rest will cover transportation costs.