NUR-SULTAN – The sports and training center for snowboarding and freeskiing, a special type of alpine skiing, was opened on Dec. 20 at the park named after Mustafa Kamal Ataturk in the Kazakh capital, the city administration’s press service reported. 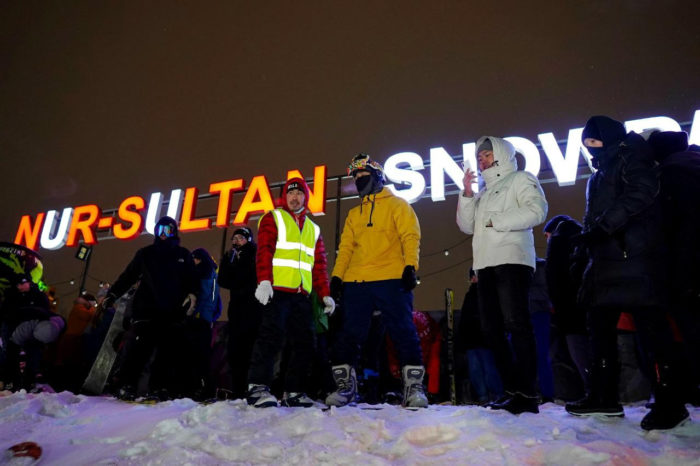 Kazakhstan’s first artificial slope for snowboarders is also suitable for one of a special form of freestyle skiing – jibbing. The Nur-Sultan snowpark ski surface has an area of more than 720 square meters and the length of the slope is 40 meters.

“This area was made specially to support snowboarders. We’ve got many requests from enthusiasts who needed an area where they could ski. In summer they mostly ride a skateboard. The snowpark is expected to organize snowboard classes for children. This active winter sport is in demand among city residents,” head of the urban center Elnar Baziken said at the opening ceremony.

The equipment will be available for rent as well as ski classes with instructors for beginners. Organizers are planning not only day, but also night skiing for extreme sports professionals.

“New public spaces will be created to popularize winter and summer sports according to the Nur-Sultan – A Comfortable City master plan. Urbanists are developing these projects in cooperation with the local administration. We plan to open such centers all around the city,” said Nurlan Urankhaev, head of City Department of Architecture, Urban Development and Land Relations.

An ice-skating rink, open slopes, Santa-Claus-themed house with animators and cafes will also be opened at the park.