NUR-SULTAN – Abai’s works are important not only for Kazakh people but for the whole Turkic world, said poet, writer, and vice-president of the Turkish Literature Foundation, Imdat Avshar, reported Kazinform. 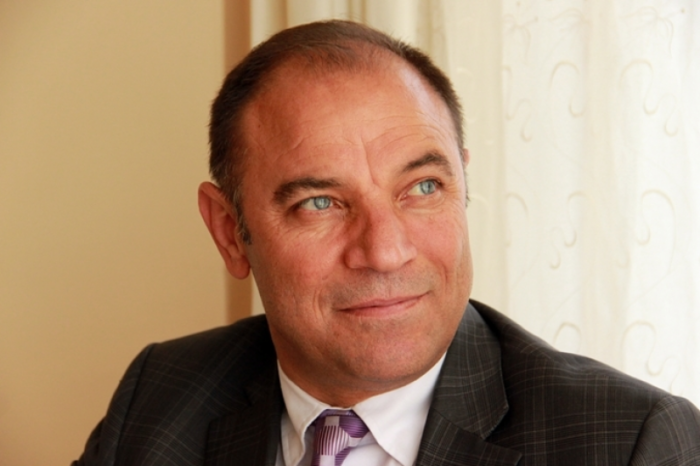 “Abai is like the sun that was born in the Kazakh steppes. His bright light has been illuminating not only the Kazakh state for 175 years, but the entire Turkic world. He is like the North Star, with its universal messages that have passed through the centuries, which always shows the way to people in the dark times. Accepting his ideas and spreading them around the world should be the main duty of the enlightened people of the Turkic world, ours and future generations. Abai is one of the common values ​​of the Turkic world, like Khodzha Akhmet Yassaui, Yusuf Has Hajib, Mevlana and Yunus Emre, who for centuries have called people to the light of knowledge, the right path, diligence, upholding the truth, honesty, and virtue – in a word, they were all called to be “holistically human,” said Avshar.

The writer noted that while translating Abai’s works into Turkish under the guidance of Professor Abdulvahab Kara, he faces some difficulties with the poetry. Interlinear translations were done by Dr. Ekrem Ayan and Zafer Kibar. 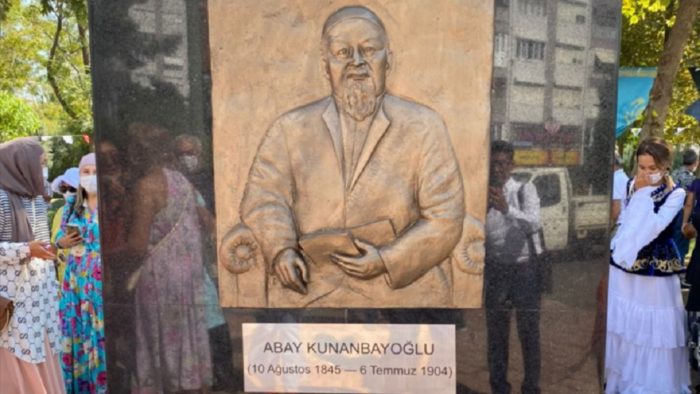 A park and a memorial plaque in honor of Abai Kunanbayev were opened in one of the largest cities in Turkey Antalya this September. The event was dedicated to the celebration of the 175th anniversary of Abai.

“I knew that I would need to work hard to understand the poetic language of Abai, to understand his thoughts and the poetic ways of expressing them. But, besides this, the thoughts and poetic approaches needed to be expressed in Turkish. I completed the literary translation, adhering to the format, shape, dimensions and rhymes that Abai used in his poems. When I began to translate his poems, I experienced great difficulties. But when I understood his poetics, it became easier for me to express his thoughts in Turkish. When the book was published, many scholars who knew Abai and his literary work well stated that these translations were the most beautiful translations ever made until today. It was a great source of joy for me,” said Avshar.

According to him, when translating Abai’s poems, one feels the bitterness and pain that filled the heart of the great poet. This is a consequence of the conflict between the thinker and modern society. Such conflicts happen in every nation, and the more enlightened people, like Abai, could simply better understand what was happening and better foresee the future.

“Thinkers want their people to live free and independently in the future, to prosper, be educated and advanced in science. This was the main concern for the great Abai. He could predict the life of the Kazakh people 150 years ahead, could see what awaited them in the future, felt what could happen to them, so there was bitterness and pain in his heart. Therefore, he called the Kazakh people to focus on hard work, honesty, righteousness, virtue, and mastery of science. This appeal of Abai to the Kazakh people, in fact, turned into an appeal to all humanity,” said Avshar.

The writer also reported on the similarity of his works with the work of the great Turkish poets Mehmet Akif Ersoy and Tevfik Fikret, which he discovered when translating Abai’s poems. Thinking about the future of the people, they presented their sons as role models. Likewise, Abai raised his son Abdrakhman so that he could become an example for Kazakh youth. The untimely death of his son left a deep wound in the heart of the great Abai.

“They say that Abai in his works sharply criticized his people, but I think that this is wrong, because poetry has a symbolic, metaphorical language. In fact, Abai is a thinker who loved his people, language and religion very much, and he was not indifferent to the pain of the Kazakhs. Abai criticizes not the Kazakh people with the symbolic language of poetry, but the people’s ignorance, from which the Kazakhs had to work hard to rid themselves of! That is why Abai encourages the Kazakh people to work harder, read, study science and crafts, improve their culture and, thus, get rid of their collective ignorance,” said the translator.

The writer recalled that the ties between the Anatolian Turks and the fraternal peoples of Central Asia were broken by coincidence of historical circumstances. Until the 1990s, little was known in Turkey about the life of the Turks of Central Asia and the great personalities of these peoples. The restoration of ties began after the collapse of the Soviet Union and Kazakhstan’s independence. The Turks began to study Kazakh literature, including the works of Abai, Magzhan Zhumabaev, and Mukhtar Auezov.

“I am very sorry that before I was not familiar with the literary and philosophical heritage of Abai. I believe that Abai, who grew up in Greater Turkestan, is the follower of the traditions of Khodzha Akhmet Yassaui. Because he also calls on his people to honesty, kindness, beauty, morality, education and, most importantly, to unity. Abai is one of the greatest scientists, outstanding personalities and common values ​​of the Turkic world,” said Avshar.