Kazakhstan’s Eco-Measures: Current Status and Prospects For the Future

As a freshly minted graduate of the Moscow-based MGIMO University and having written my thesis on the international effort to address global climate change, I have the honor of sharing my personal views on the environmental situation in Kazakhstan. 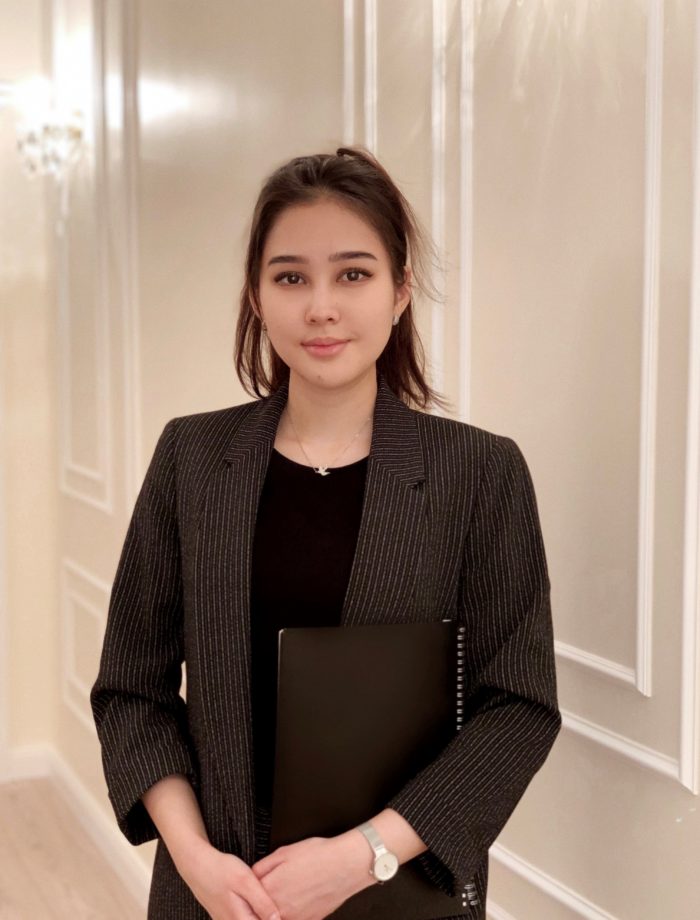 The problem of climate change is one of the main challenges of our time and requires not only coordinated international efforts, but, above all, the effective domestic actions of governments and active participation of civil society. The expected global increase of average annual temperatures by 1.5°C will lead to extreme weather conditions (floods, hurricanes, droughts), land degradation (desertification, waterlogging, soil erosion), the annual sea level rise of 3.2-3.4 mm, the potential for the appearance of previously unknown viruses that threaten humans, and other devastating consequences that require timely responses and significant economic resources.

A major achievement in the international arena in terms of mitigating climate change is the adoption of the Paris Agreement in December 2015, which recognized the international community’s commitment to curb the growth of the average global temperature to ensure climate-sustainable low-carbon development, by imposing obligations on national governments to reduce greenhouse gas emissions. The implementation of this document, signed by 197 countries and ratified by 189 countries to date, will not only protect the planet against global warming, but also open up new prospects for governments, to build research capacity and promote the use of green technologies.

Kazakhstan signed and ratified the Paris agreement in 2016, committing the country to reducing greenhouse gas emissions by 15% by 2030 by mobilizing innovative solutions involving the private sector. In his latest State-of-the-Nation address last September, President of Kazakhstan Kassym-Jomart Tokayev pointed out the importance of building a new «green belt» in the country, ordering the planting of more than two billion trees in the forest fund and 15 million in localities for large-scale «greening» of the country over the next five years.

The Ministry of Ecology, Geology and Natural Resources, in collaboration with the UNDP and Bitfury, a leading multi – profile international company in the field of new technologies, are developing a project to reduce greenhouse gas emissions by increasing the total acreage of forests – the most important natural carbon sinks. According to the Association of Environmental Organizations, total greenhouse gas emissions in Kazakhstan amounted to 346.15 million tons of CO2. Such indicators show that the situation is not critical in comparison with China, the United States or India – leaders in carbon dioxide emissions, but at the same time, it is necessary to adjust to the effective course of the “green” economy before the country faces problems from intensive environmental pollution.

Within the framework of implementing the President’s instructions on greening up society and reducing the emission of pollutants, the Ministry has developed a draft of a new Environmental Code, as well as amendments to draft laws that are currently undergoing essential constructive additions in the Parliament to comply with global best “green” practices.

In comparison with the current edition, adopted in 2007, the new draft code provides for the following improvements: the “polluter pays” principle, i.e. the obligation to restore the environment to its original state, the requirement to pass an EIA (Environmental Impact Assessment) evaluation, the necessity of minimizing waste generation, recycling and disposal, as well as the adoption of a comprehensive environmental permit (CER) system with an emphasis on implementing Best Available Technologies (BAT), borrowed from the practices of European States that have proven to be an effective mechanism for curbing pollution.

Among the amendments to the draft laws, changes were proposed to the Tax Code. In particular, incentive measures for operators of new facilities that have received CER through the introduction of BAT, which are exempt from payments for emissions, were proposed. An additional measure for objects of the first category that have not received a CER is to increase the coefficient by 2, 4 and 8 times to the amount of the fee to account for environmental pollution. Today, it is more profitable for users of natural resources to pay a fine than to eliminate violations all together. In view of such circumstances, amendments to the Code on Administrative Offences were presented: the penalty fees for excess and unauthorized emissions into the environment will increase tenfold, and twofold for other related offences.

The proposed measures fully meet the requirements of the Concept for the Transition of the Republic of Kazakhstan to the Green Economy, approved in 2013 by the decree of the nation’s First President Nursultan Nazarbayev. The transition to a green economy will contribute to achieving the strategic goals of Kazakhstan’s entry into the top 30 developed countries by 2050, in particular, by diversifying the economy, expanding international cooperation, using renewable energy sources and providing additional employment.

Kazakhstan has previously initiated a number of international green projects, including the Green Bridge initiative – a platform for the dissemination of green technologies between Asia Pacific and European regions, as well as the successful international specialized exhibition EXPO “Future Energy” in 2017 on alternative energy sources and “green” technologies, attended by 115 States and 22 international organizations.

The global transition to RES (renewable energy sources) and energy efficiency continues to gain momentum in the world. Germany, Denmark, Portugal, Sweden are confidently moving along this course, but more importantly, China, India, and other countries with dynamically developing economies are taking it. According to some expert estimates, the active spread of RES will lead to an increase in Kazakhstan’s GDP by 3% by 2050 as part of the transformation of the green economy. In this regard, taking into account the long payback period, state support is needed to encourage private sector investing in renewable energy, the main advantage of which is non-depletability and environmental friendliness.

The potential of solar energy in Kazakhstan is quite large – about 1500-1600 kWh/m² per year, and the number of sunny days is on average 2500 hours per year. Solar energy is already being collected and used, for example, last summer, the Nura solar power plant was launched 36 km from Nur-Sultan, built by the Russian company Hevel. The same company launched the construction of solar power plants in Kentau and Shymkent in the south of the country.

The vast steppe territory of Kazakhstan is open to strong winds from the West and North, which allows for the use of wind power stations. Last summer in the Almaty and Akmola regions, the government-owned Samruk-Energy JSC holding started their construction. While wind farms produce indirect CO₂ emissions, they are only 11 g/kWh. For comparison, gas-fired power plants are 490 g/kWh, and coal-fired power plants – 820 g/kWH.

Coal consumption and its environmental impact can be reduced by building nuclear power plants, to fill in the expected shortage of electricity, taking into account the country’s huge uranium resources (more than 800 thousand tons). The introduction of nuclear power in Kazakhstan is of fundamental economic importance and will strengthen its position in the international arena. At the same time, it is extremely important, from an environmental point of view, to pay maximum attention to the development of a system for storing and disposing of waste from nuclear power plants, as well as to conduct a full assessment of the risks.

The development of a green economy requires investment not only in innovative projects, but also in specialized education programs for the population, especially the younger generation: environmental education programs, attracting foreign experts to exchange experience not only with representatives of state structures and organizations, but also with civil society’s environmental associations. The introduction of eco-disciplines will help not only to «green» the minds of young people, but also to make a huge contribution to their environmental literacy.

In this regard, the activities of the Association of Environmental Organizations of Kazakhstan, established in December 2017, are extremely relevant, as they allow for the consolidation of the country’s environmental community, and generate and promote systemic environmental initiatives. In the run-up to the parliamentary elections in Kazakhstan scheduled for January 10, it is worthwhile to mention the green political organizations that emerged in various countries in the early 1970s, which today form the Global Green international network of green parties and political movements, founded in 2001 in Canberra at the First Green World Congress, where the Global Greens Charter was adopted. According to the results of the European Parliament elections in 2019, the Greens moved from sixth to fourth place in the list of its strongest parties, gaining 69 seats. They made emphasis on the fact that most other political parties have failed to offer the younger generation hope for the future.

In this regard, the constructive participation of Greens delegates in the political life of the state will favorably affect the development of the green economy, and strengthening the environmental component within the framework of the integration of the EAEU will accelerate the process of “going green” on a larger scale with the gathering of financial resources, energy modernization of participating countries and the passing of regional environmental regulations. Already existing Eurasian technology platforms, for example, “Technologies for environmental development” and “EurasiaBio” will allow the country to take the first steps in this direction.

The author is Assem Assaniyaz, a graduate of the MGIMO University, currently based in Nur-Sultan, Kazakhstan.