NUR-SULTAN – The International Turkic Academy and the Kazakh government signed an agreement on the terms and procedures for the status of the Turkic Academy, reported Kazakh Foreign Ministry’s press service. Kazakh Minister of Foreign Affairs Mukhtar Tileuberdi and President of the Turkic Academy Darkhan Kydyrali participated in the signing ceremony Nov. 16. 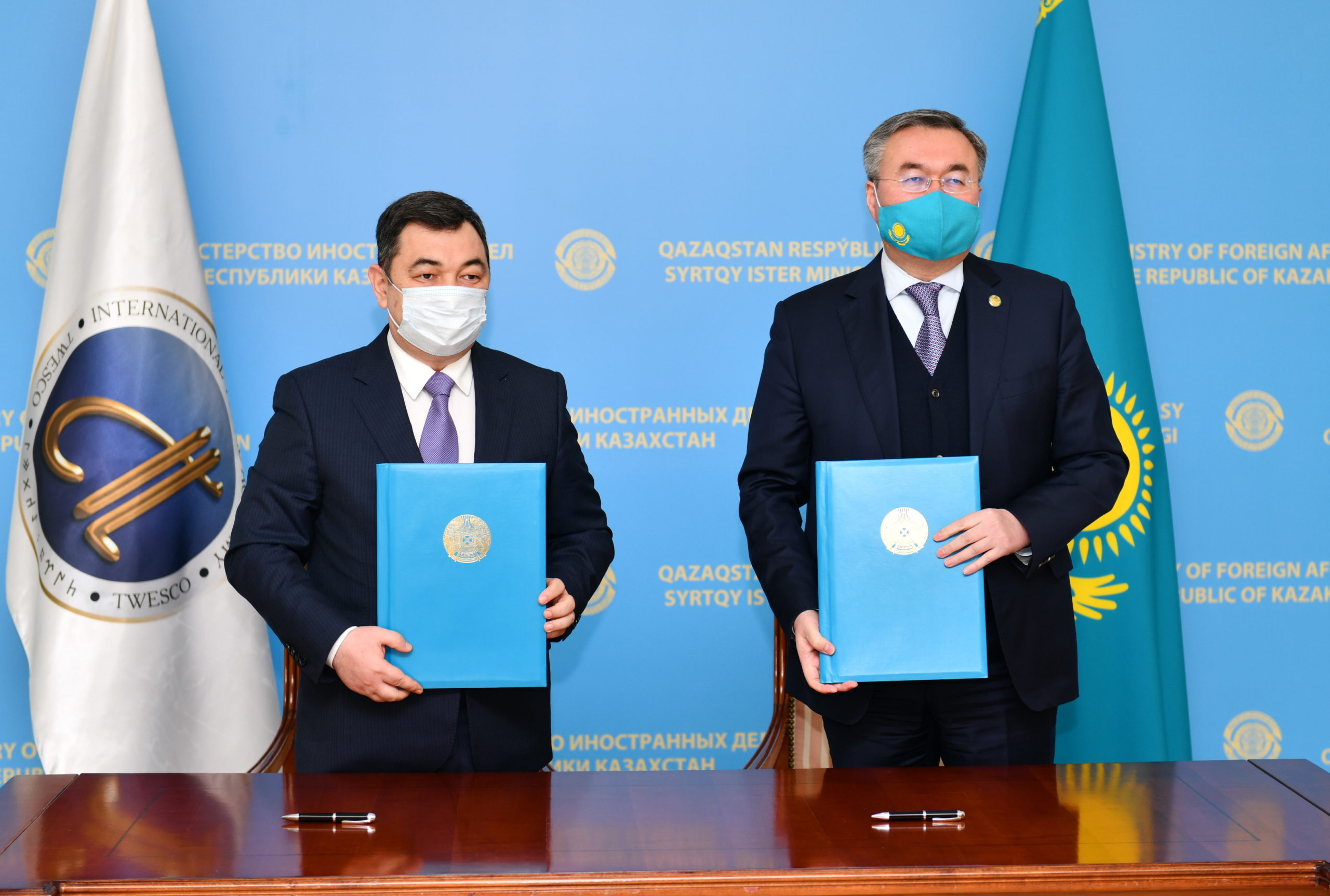 The agreement defines the status, privileges and immunity of the academy and issues related to its property.

The Turkic Academy has four members – Azerbaijan, Kazakhstan, Kyrgyzstan and Turkey, and Hungary as an observer state. Its work focuses on studying the language, literature, culture, and history of Turkic people from ancient times to the present.

The academy also serves as a bridge to connect scholars from Turkic-speaking states.

This year the institution celebrates its tenth anniversary. The idea to create the institution that will be tasked with conducting research on the Turkic world was voiced by Kazakhstan’s First President Nursultan Nazarbayev at the ninth summit of the Heads of the Turkic Speaking States in Nakhchivan, Azerbaijan, in October, 2009.

The academy opened its doors in May 2010 in Nur-Sultan. Nazarbayev and then Turkish President Abdullah Gul took part in the opening ceremony. In 2012, the academy acquired the status of an international organization.

The academy also includes a Turkic library with a book collection of over 32,000 printed publications.