Food is Where Human Stories Lie, British Author Caroline Eden on Her Journey Across Central Asia

NUR-SULTAN – Imagine a country you love traveling to. What is the first thing that comes to mind? For many people, it will be food, because traveling goes hand in hand with exploring the cuisine. 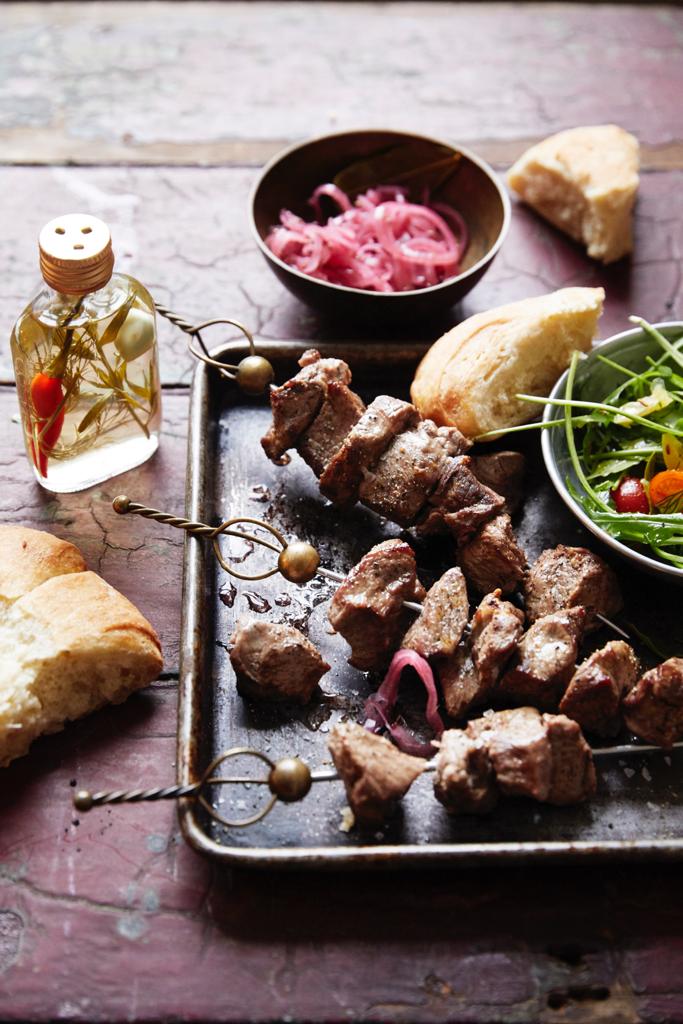 Shashlik with bottled tarragon vinegar Eden and her team tried on the way to Aralsk from the southern Kazakh city of Kyzylorda. Photo credit: Caroline Eden

For Caroline Eden, culinary travel is a passion in life, and she is an experienced traveler focusing on the region of Central Asia and the Caucasus. In her recently published book called “Red Sands: Reportage and Recipes through Central Asia, from Hinterland to Heartland,” she takes a trip from the coast of the Caspian Sea to the Ferghana Valley to explore the region, its history, environment and local culture that go beyond taste.

“In the book, I visit ginormous shipping container bazaars in Bishkek, mosque kitchens in western Kazakhstan, wedding halls in Uzbekistan, botanical gardens and sanatoriums in Tajikistan – to name just a few settings. Along the way, food acted as my anchor and a tool for the journey, a means to explore the universal themes of faith, sharing, love, loss, memory, famine, exile, alienation and healing,” Eden said in an interview for this story. 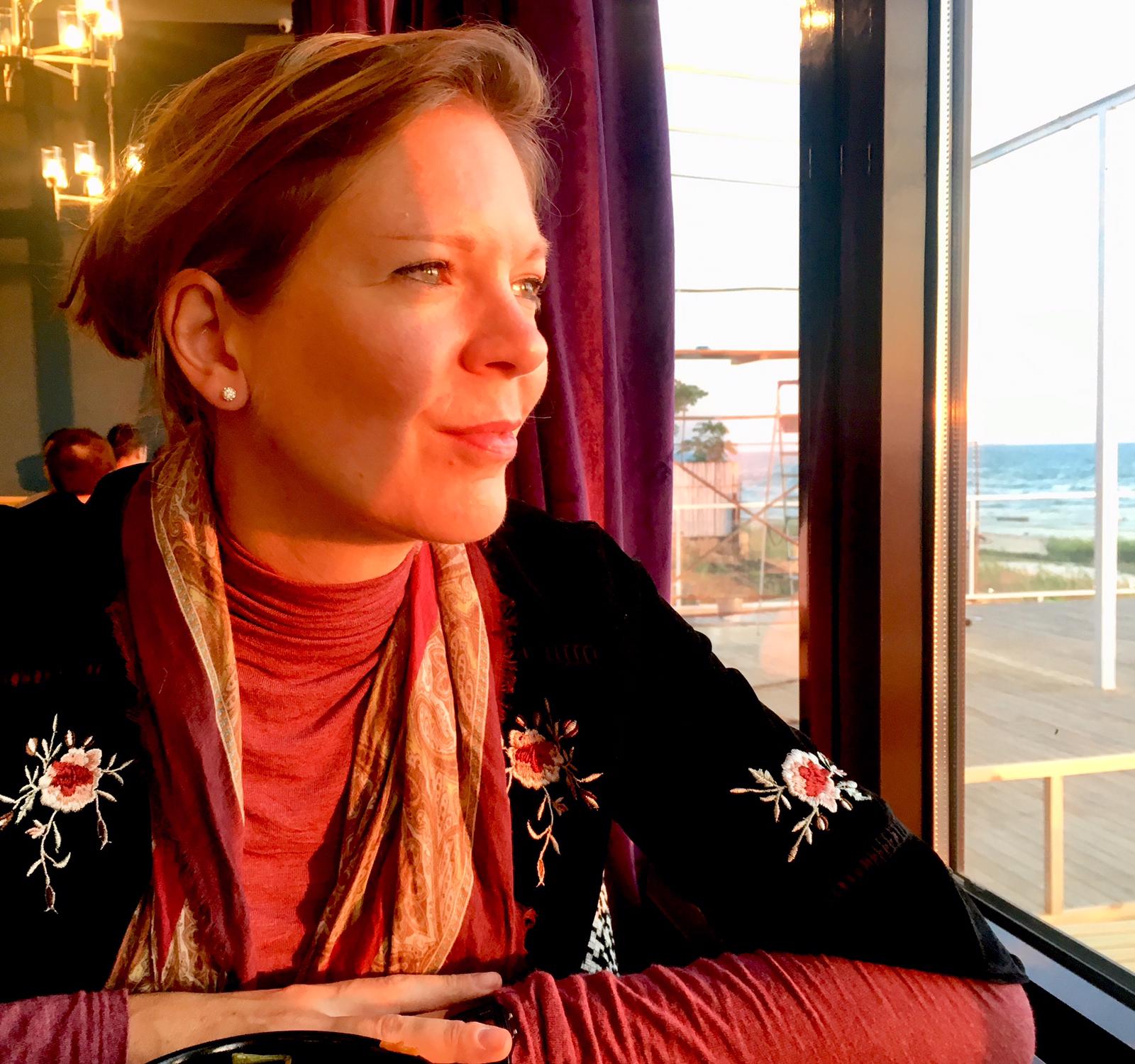 For Eden, food is an instrument to tell human stories.

“Food – whether a particular dish (such as laghman or plov) or a market, ingredient or café – is the starting point, and the endpoint of my writing, but in between is where the

human stories exist. So, we meet walnut harvesters, botanists, pilgrims and bakers, for example, and maybe we eat with them, listen, or travel together and that way, learn a little of their lives. Food is a way and means for me as a writer to open up this region to my readers who may not be familiar with these cities and environments. Food, recipes and ‘the art of eating’ offer a bridge and at the same time it mirrors the landscape, as well as shaping it,” she said. 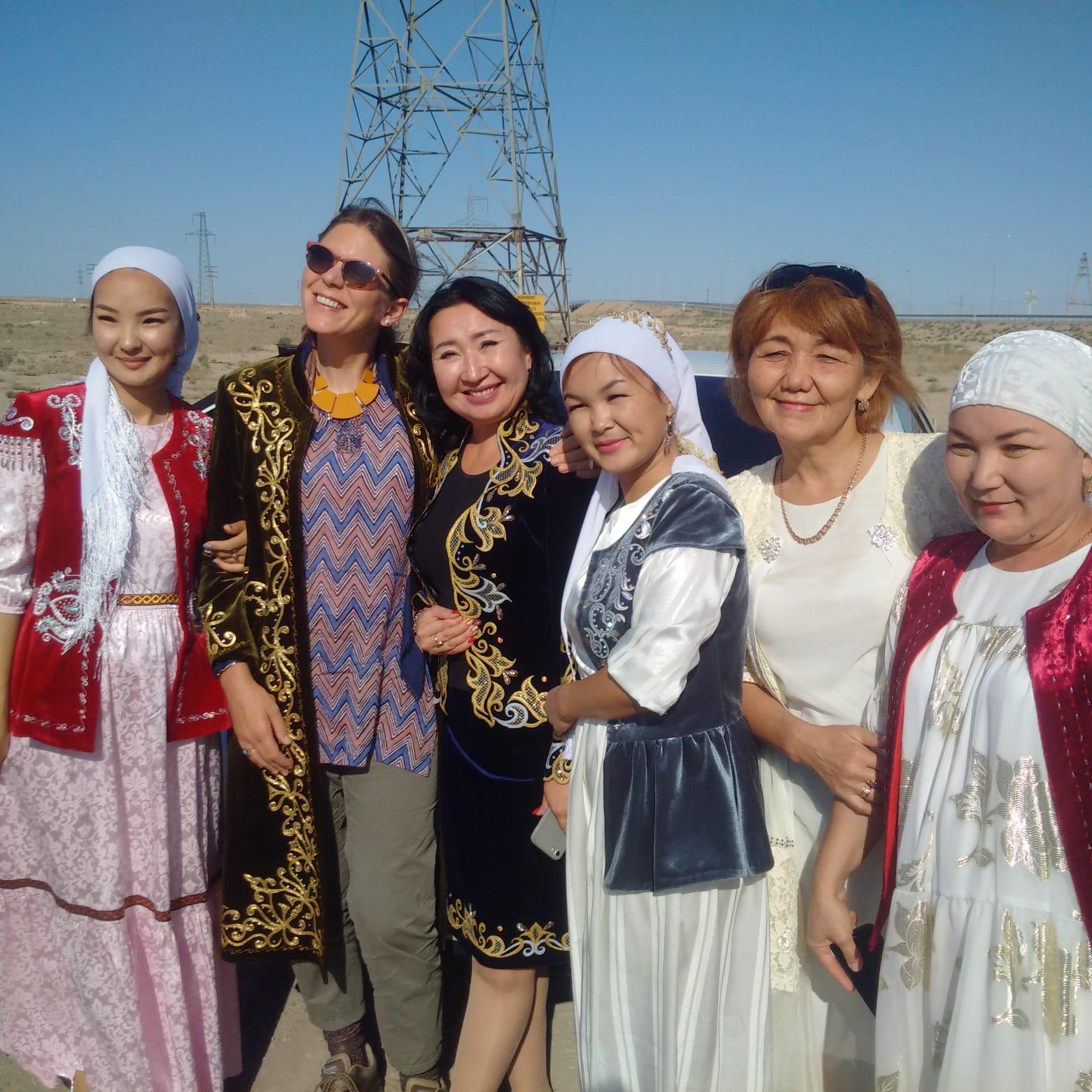 Born in southern England and living in Edinburgh for the past seven years, Eden has been writing about Central Asia for ten years. 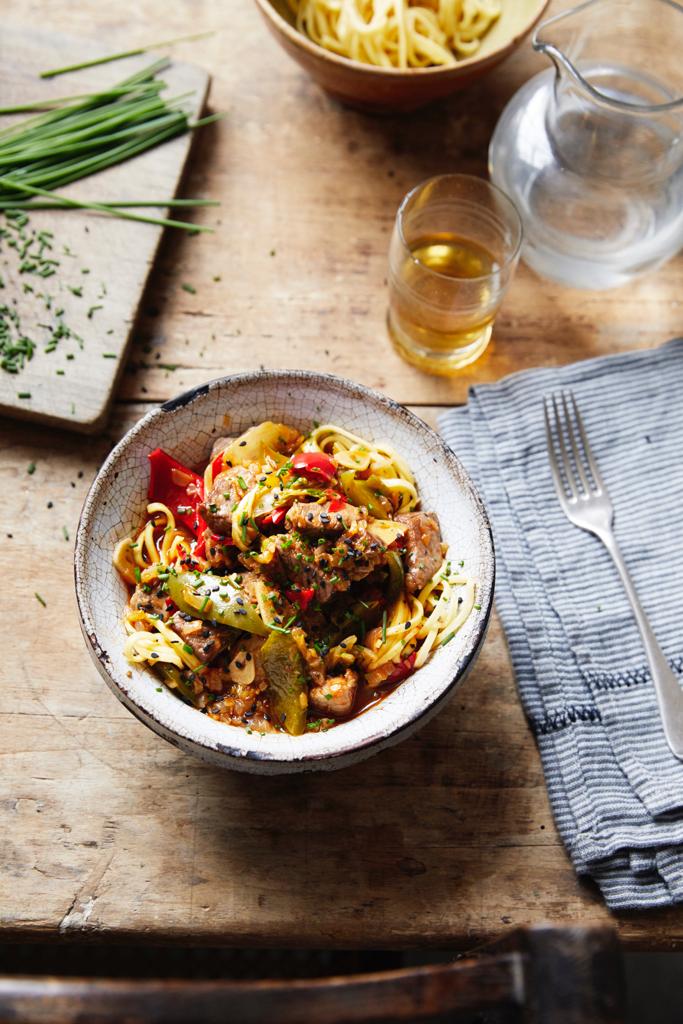 Laghman is an Uyghur noodle dish topped with a mild stew of meat and vegetables. Photo credit: Caroline Eden

The book provides a deeper grasp and a more expanded understanding of the region. She sought to present a more honest vision of the region and by doing so, changing the stereotypical perceptions of Central Asia.

“A lot of ‘Silk Road’ blogs and travel books exist, but there is less ‘honest’ writing on the market in the UK and US. What we do have is often out-dated or else it leans towards romantic writing and orientalism, what I want are stories of what everyday life is like. So, for this book, I wanted to partake of the everyday, the domestic spaces so far largely unseen by western eyes,” said Eden explaining her initial motivation to write about the region.

In Kazakhstan, Eden visited Aktau and Mangistau, which she describes as “a desert region of labyrinths, mountain plateaus, necropolises and hideouts” in western Kazakhstan, Pavlodar in northern Kazakhstan, the capital of Nur-Sultan, Karaganda, and Shymkent.

“Put simply, I love Kazakhstan. My husband lived in Almaty for a few years and he inspired me to get out into the lesser visited cities. What Kazakhstan – perhaps more than Kyrgyzstan and Tajikistan (countries I also love) – offers is a lot of very different and interesting cities of considerable size to explore. So as well as Almaty and Nur-Sultan, I spent time in Karaganda, Pavlodar, Aktau and Turkestan. The trains are a great way to explore and meet local people. I think western Kazakhstan is utterly mind-blowing and beautiful, the Mangystau region is photogenic and offers a very rare opportunity to have a genuine adventure completely untouched by mass tourism,” she said describing her trip to Kazakhstan. 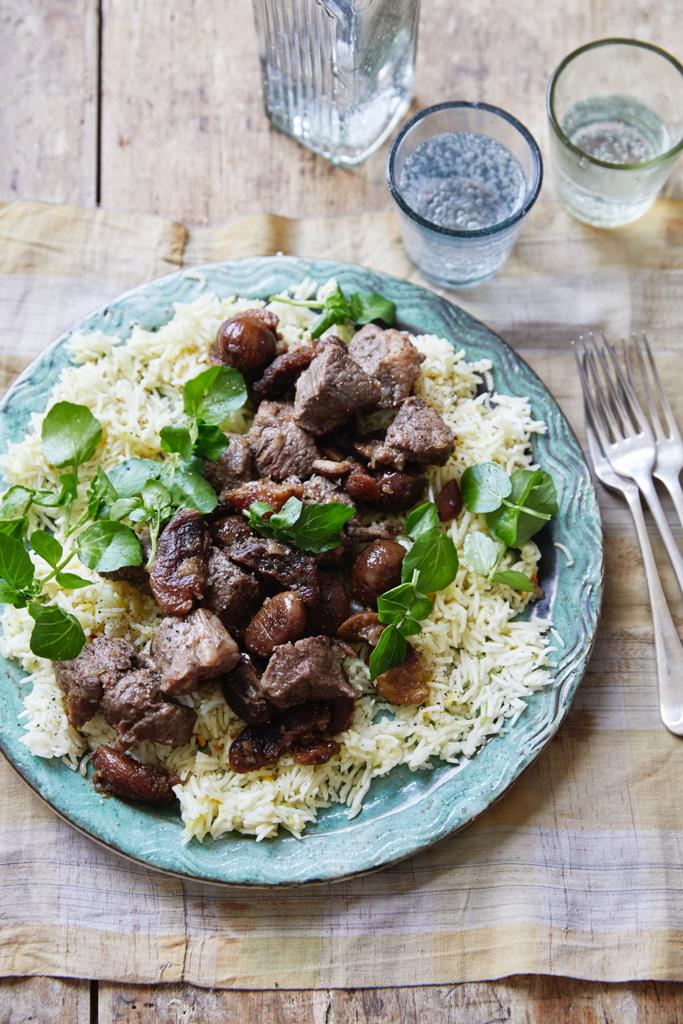 Recalling her most fascinating memories from the trip, she said there were many.

“Visiting a hushed mosque kitchen in Kokand, and meeting its talented halva cooks and apprentices, was a highlight. As was traveling on a train going for hundreds of miles through poppy-strewn fields across the springtime southern Kazakh steppe and seeing a Soviet-built grain silo with giant letters painted on its façade declaring “bread for the people!” in the north,” she recalled.

Eden also advises travelers to go see the region as the pace of change is fast, particularly in big cities like Almaty, Tashkent and Bishkek.

“For the past few years, I have been spending increasingly large chunks of time – many months – in Central Asia, reporting and researching and also seeing colleagues and friends. In a funny way, I feel quite at home in cities such as Almaty, Tashkent and Bishkek. I love mountains and wild landscapes and Central Asia certainly has that in common with Scotland,” she said.