By Zhanna Shayakhmetova in Business on 18 October 2020

NUR-SULTAN – The Rakhat Confectionery launched the Qazaqstan oneri (The Art of Kazakhstan) project in cooperation with the Art Future creative platform, reported Rakhat Chairperson of the Board Konstantin Fedorets at the Oct. 8 press briefing. 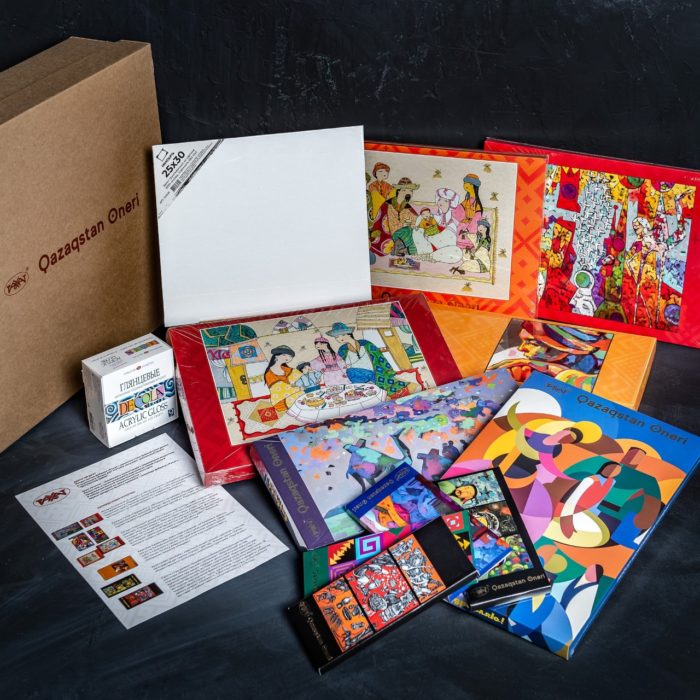 The goal of the project is to introduce the customers to the rich contemporary culinary culture of Kazakhstan and inspire them to study Kazakh culture in general.

The chocolate products’ design will feature paintings created by well-known Kazakh artists. The list of artists includes Askar Esdaulet, Kazakhbay Azhibekuly, Erzhan Tanay, Galiya and the Bota Kussainov sisters, Orazbek Yesenbayev and Arystanbek Shalbayev. Each author has his own unique style, vision and aesthetics. They are united by a common goal – the search for harmony, forms of expression, the history and culture of Kazakhstan presenter with a modern interpretation.

“The mission of the company includes values ​​such as the cultural development and study of our country’s traditions. At the same time, the company tries to be innovative by studying and understanding customers’ needs. We pursue a human-centered model for our projects and the Rakhat company’s business model as well. The project aims to raise awareness and attract more attention to the contemporary art of our country, in particular the domestic authors and their work,” said founder of the Art Future project and director of Esentai Gallery Togzhan Sakbayeva.

Fedorets also spoke about the company’s growing markets at the event. The sales of biscuits showed growth from the beginning of the state of emergency in Kazakhstan. The average sales of cookies and waffles increased by 12 percent compared to last year. The sales of chocolate grew by 4 percent. 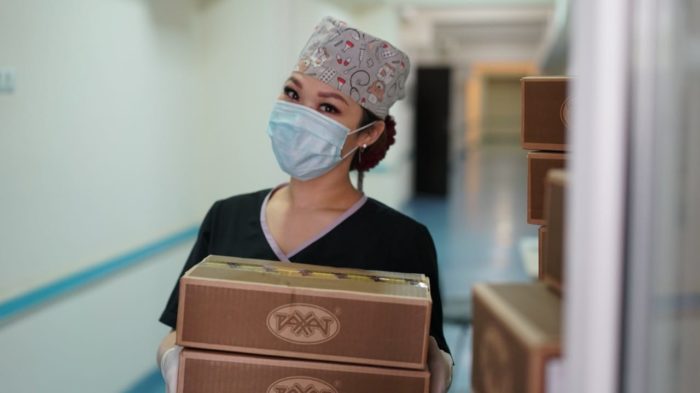 Rakhat Confectionery provided its products to Almaty’s city hospitals to support doctors during the state of emergency in April.

Rakhat Confectionery also focuses on the production of marmalade and launched the line of biscuit and chocolate bars in 2020.

“The crisis forced us to regroup and accelerate many projects to make the Rakhat Confectionery more competitive. Despite lockdown, we launched the production of marmalade and cookies in Shymkent. We will produce new biscuits, which have no analogues in the local market over the next two months. We plan to make the products more accessible for customers considering new financial realities in the country,” said Fedorets.

The company observed a decrease in export sales due to the lockdown and restrictions on the activities of shopping malls and distribution companies. Due to border shutdowns, exports to China and Turkmenistan were suspended. The company will resume supplies when the restrictions will be eased.

Rakhat Confectionery boasts a 75-year history and is one of Kazakhstan’s largest manufacturers of confectionery products. The company has production facilities in Almaty and Shymkent and employs 4,500 people. Its portfolio includes more than 400 confectionery products of 14 categories. Rakhat also manufactures diabetes-sensitive products including chocolate, candy, cookies and waffles with reduced caloric content and sugar subsitutes.