By Zhanna Shayakhmetova in International on 26 October 2020

NUR-SULTAN – Kazakhstan joined the Shaping Our Future Together global campaign to commemorate the 75th anniversary of the United Nations (UN), the press service of the UN in Kazakhstan reported Oct. 23. 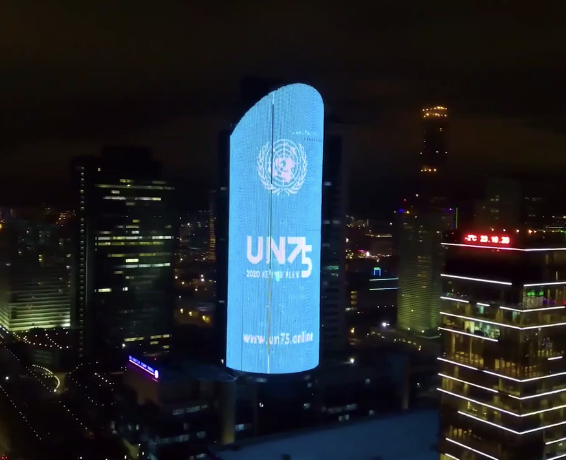 October 24 has been celebrated as UN Day since 1948. This year, meetings, round tables and exhibitions are held virtually to attract global attention to the missions of the organization and its activities.

In his address on UN Day, Secretary-General António Guterres noted that the UN’s founding mission is more critical in the present world than ever. He called on the world community to promote human dignity, protect human rights, respect international law and save humanity from war.

“We face colossal challenges. With global solidarity and cooperation, we can overcome them. That’s what the United Nations is all about. On this anniversary, I ask people everywhere to join together. The United Nations not only stands with you…The United Nations belongs to you and is you: ‘we the peoples,’” said Guterres.

During the online celebration of UN Day, UN Resident Coordinator a.i. for Kazakhstan Yakup Beris noted that Kazakhstan was one of the most active participants of the UN75 global survey on what kind of future people want by 2045. More than 35,000 Kazakh people took part in the survey. Most of the respondents noted the need to strengthen international cooperation, attention to healthcare, migration, and climate change.

“We see our new UN Sustainable Development Cooperation Framework as a mechanism to further advance the 2030 Agenda in Kazakhstan. To do so, it consolidates key resources of strategic partners, including the government, civil society, academia, private sector, media, international community and the UN itself,” said Beris.

Kazakh Foreign Minister Mukhtar Tileuberdi said that Kazakhstan joins the UN efforts to establish multilateral cooperation and coordination in the fight against the COVID-19 pandemic. “We remain committed to nuclear disarmament and non-proliferation of weapons. Kazakhstan is an active participant in international efforts to combat security threats, and also continues to play a mediating role in complex, international negotiations,” added Tileuberdi.

The UN in Kazakhstan also premiered a music video dedicated to the 75th anniversary of the UN. Famous Kazakh musician and conductor of the Nur-Sultan Philharmonic Symphony Orchestra Yernar Nurtazin performed the piano version of the “Nazqonyr-Balbyrauyn” (A Sweet Voice and Honey Mood) composition. The composition calls for peace, development and prosperity for all people.

As part of the UN75 global campaign, more than 200 buildings and bridges worldwide were lit up in the characteristic UN blue. Kazakhstan also joined the campaign with the Baiterek monument, Kazakhstan Temir Zholy building in Nur-Sultan and the Kazakhstan hotel in Almaty being bathed in UN blue.