in International on 30 September 2020 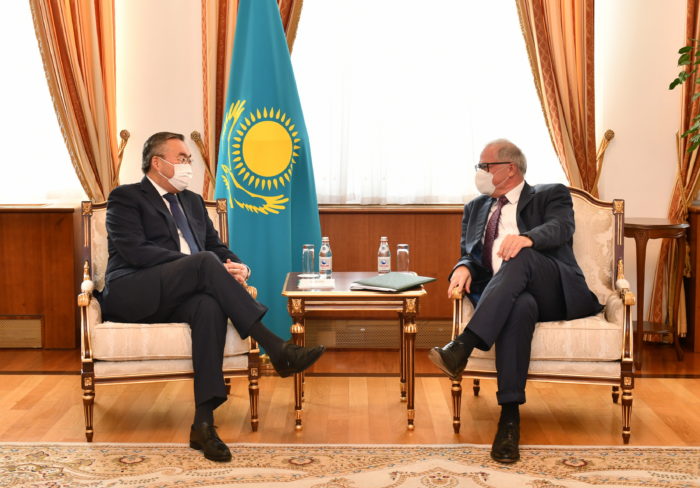 Tileuberdi and Klinner spoke about the meeting as part of the Organization for Security and Cooperation in Europe (OSCE) and the United Nations, and discussed potential bilateral political and investment cooperation. They noted that the Intergovernmental Working Group on Trade and Economic Cooperation, the Kazakh-German Business Council for Strategic Cooperation and the Berlin Eurasian Club play an important role in strengthening cooperation.

German language programs in secondary schools will be expanded as well as the network of language centers available to students. The German diaspora in Kazakhstan, represented by 200,000 people and about 900,000 Germans from Kazakhstan, who have returned to Germany, serve as a “living bridge” between the two countries.

Germany is one of the largest trade partners and investors in Kazakhstan. As of 2019, trade turnover between Kazakhstan and Germany was $1.8 billion. The direct investments from Germany to Kazakhstan reached approximately $5 billion in the past 15 years. Ninety percent of German investments go to the non-resource sector including to the support of small and medium-sized companies.