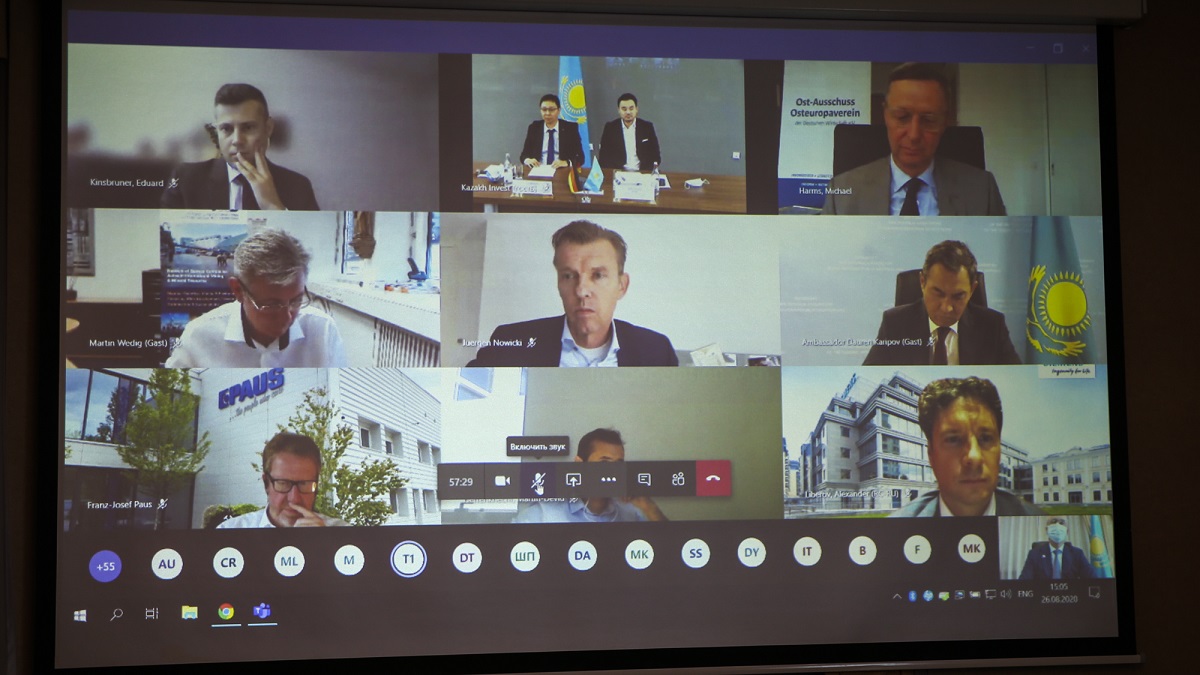 The meeting was also attended by Kazakh Minister of Industry and Infrastructure Development Beibit Atamkulov, Kazakh Minister of Ecology, Geology and Natural Resources Magzum Mirzagaliyev, heads of the investment committee of the Kazakh Foreign Ministry, and the Kazakh Invest national company.

In his remarks, Sklyar told the German partners about the reforms the Kazakh government is undertaking in geology and subsoil use to boost competitiveness, create market conditions for investors, and enhance the professional and technological level of the industry.

While the country is trying to weather the consequences of the pandemic, Sklyar said more attention will be given to diversifying the economy and creating new sectors of the economy dedicated to industrial production.

“The active work in this area is carried out as part of an intergovernmental agreement on partnership in raw materials, industrial and technological areas between Kazakhstan and Germany signed Feb. 8, 2012, as part of the visit of Kazakhstan’s First President Nursultan Nazarbayev to Germany,” said the press release.

Managing Director of the Eastern Committee of the German Economy Michael Harms noted the importance of strengthening bilateral economic cooperation in the commodities sector and implementing joint projects in the production and processing industry.

Head of Department Security and Raw Materials at the Federation of German Industries (BDI) Matthias Wachter, Managing Director at Hermann Paus Maschinenfabrik Franz-Josef Paus and EBRD (European Bank for Reconstruction and Development) Director for Kazakhstan Agris Preimanis also explored prospects for their organizations’  involvement in the development of mining and metallurgy in Kazakhstan.