The Blue Dot Network (BDN) is an international effort Australia, Japan, and the United States launched in 2019 to mobilize funds for needed investments worldwide.  Given the great need for infrastructure and other investments in the arc of countries running across the Greater Caspian Region from Turkey through Afghanistan, the Blue Dot Network can be a way to attract financial capital, especially important given the dislocations the COVID19 pandemic has wrecked upon national economies, investment plans, and capital flows.  With its vast territorial expanse, prime geographic location, and significant research deposits, Kazakhstan in particular stands to benefit greatly from the Blue Dot Network. 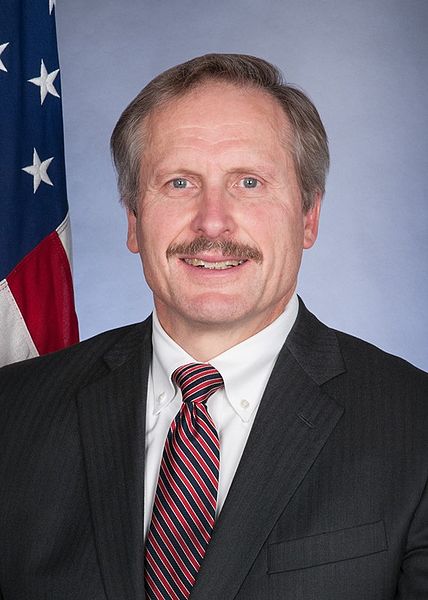 Hundreds of billions of dollars are currently held in funds that are reluctant to invest in infrastructure projects.  As J. Steven Dowd, the new U.S. Executive Director at the European Bank for Reconstruction and Development (EBRD) told participants in an event USAID and Caspian Policy Center (CPC) held on September 9, a goal is to capture and mobilize some of the estimated $14 trillion in managed funds world-wide.  By establishing a common standard of project excellence, including in transparency, positive social impact, and attention to the environment, the BDN can give the private sector — and especially institutional investors — the confidence they require for investing in infrastructure in the Greater Caspian Region and world-wide.

However, it is not just emerging market economies that face significant gaps between expected needs and expected available funds.  The Global Infrastructure Hub forecasts that the United States will face a $3.8 trillion gap between projected available funds and the costs of meeting expected pressing infrastructure needs.  Emerging markets will therefore need to compete with mature economies, as well as with headliners such as China and India, for essential funding.  How governments, state-owned corporations, and private sector companies in the Greater Caspian Region position themselves to address this competition is critical.

In Kazakhstan, securing funds for future infrastructure investment is essential to continued economic growth.  Projects like the much needed $140 million expansion of the Almaty International Airport will need international financial support.  In the three decades since independence, Kazakhstan has achieved a great deal in improving its infrastructure and building bonds with international companies and organizations.  Over the next decades, Kazakhstan must continue to raise its profile for outside investors if it is to build the ports, railroads, highways, and bridges it needs to fully meet its potential as a vital link connecting Europe, Asia, and the Middle East.

The Blue Dot Network’s international standards are in line with what international financial institutions, such as the World Bank and EBRD, already require and so should not be seen as some new, burdensome set of requirements.  An open and inclusive framework, with projects reviewed and certified on a project-by-project basis, the BDN does not exclude any country from supporting the Blue Dot Network’s mission of promoting quality, market-driven, and private sector investment.

In developing, financing, and building infrastructure projects, governments and companies – whether in the Greater Caspian Region or elsewhere in the world – are making decisions on projects that will serve people and economies for decades, if not generations.  It will be important for government agencies, companies, and entities that might provide financing, and companies planning, executing, and running the infrastructure projects to engage with Blue Dot Network partners in the United States and elsewhere to examine specific questions, pick apart details, and together identify the best ways forward.  Doing so will avoid the mistakes some governments have made with infrastructure projects in the past as well as ensure the BDN’s goals are achieved.  Robust, resilient infrastructure is essential to a country’s strength and its people’s well-being, and sustainable, high-quality infrastructure requires a potent framework for attracting sustainable, high-quality financing.

The author is Robert Cekuta, an advisory board member of Caspian Policy Center, former US ambassador to Azerbaijan.