By Staff Report in International on 27 August 2020

NUR-SULTAN – The President of the United Nations General Assembly (UNGA) Tijjani Muhammad Bande recognized the role of Kazakhstan “in championing the cause to ban nuclear test explosions and indeed all other nuclear explosions” at the 74th Session of the UNGA on Aug. 26. 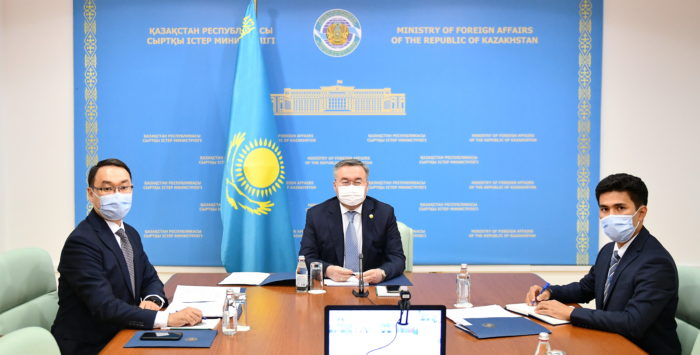 The virtual event was held to commemorate the International Day against Nuclear Tests which is observed globally on Aug. 29. The date 29 August marks the anniversary of the 1991 closure of the Semipalatinsk test site in Kazakhstan, the largest nuclear test site in the former Soviet Union.

First President of Kazakhstan Nursultan Nazarbayev expressed gratitude for the new unique status of CTBT Champion that was presented by CTBTO Executive Secretary Lassina Zerbo in his address to the Kazakh Minister of Foreign Affairs Mukhtar Tileuberdi.

The First President of Kazakhstan devoted a significant part of his foreign policy to “the idea of achieving a world free of nuclear weapons.” As a result, Kazakhstan became a party to all international treaties on nuclear disarmament and non-proliferation.

For 40 years, 456 explosions were carried out in Kazakhstan and as a consequence of which, 1.5 million of people were severely impacted.

“It is important to work out an initiative for the states on whose territory the test sites are located, to eliminate the infrastructure of these facilities. Kazakhstan has all the necessary practical experience and is ready to share it,” says the address.

A Special report on the GA Assembly from New York will soon be published on The Astana Times website.