First participants of the presidential youth reserve at a meeting with Kazakh President Kassym-Jomart Tokayev in Akorda in January, 2020. Photo credit: akorda.kz

During a meeting with the head of the Kazakh Civil Service Affairs Agency Anar Zhailganova, Tokayev noted the importance of continuing to work on the youth reserve.

The idea to provide a social elevator to young ambitious citizens who want to get involved in the government was part of Tokayev’s election campaign in 2019.

In 2020, 300 people were selected for the presidential youth reserve out of 13,000 applications and half of them have been appointed to new positions. Tokayev said that next year the number of open places would be decreased taking into account the needs of the state bodies.

The competition is open to young citizens under 35 years old with an academic degree and at least five years of work experience. 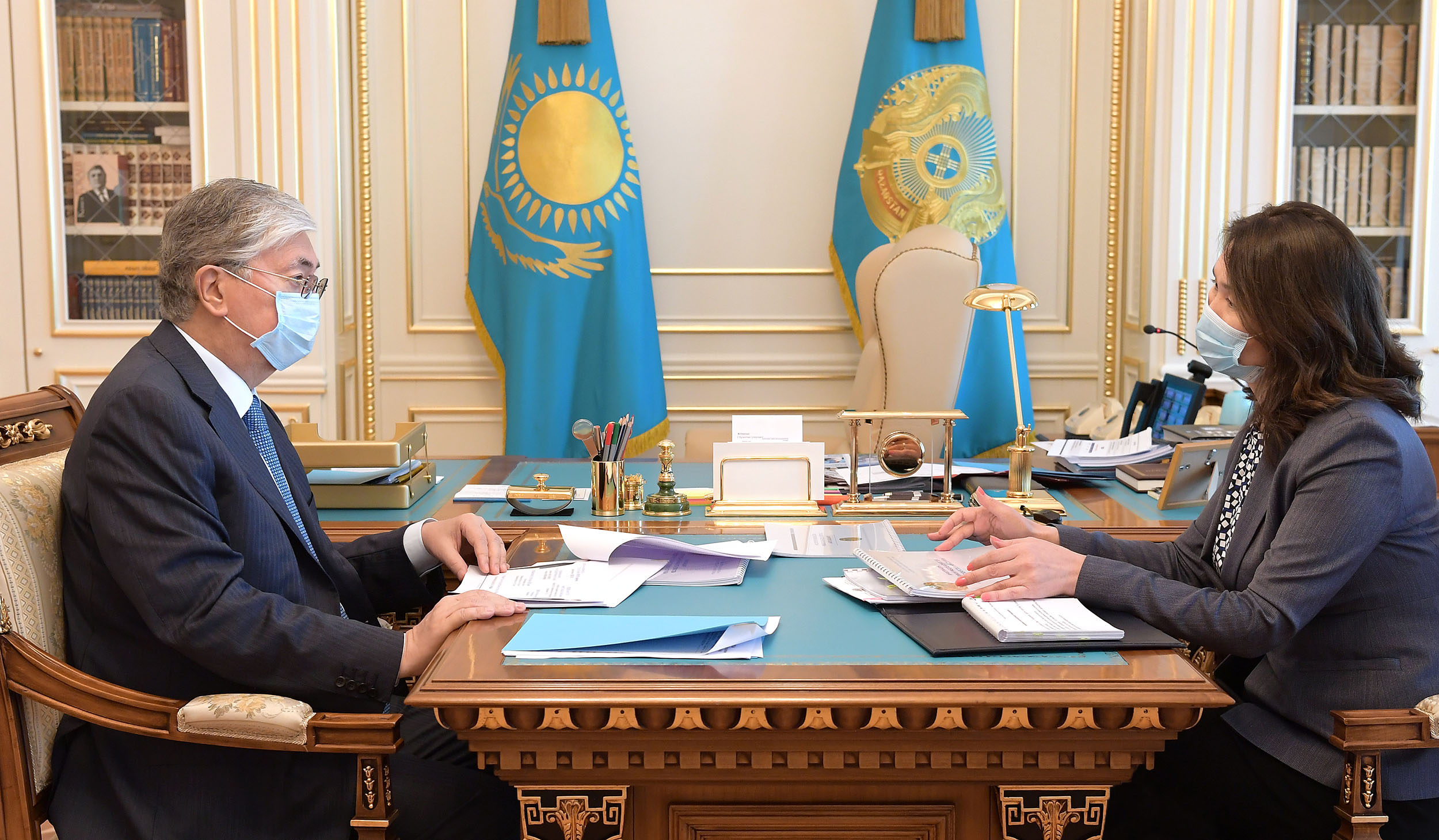 Kassym-Jomart Tokayev and Anar Zhailganova during their meeting in Akorda. Photo credit: akorda.kz

Young people who excel in innovative technologies, engineering, business, medicine, economics, and culture have the opportunity to be selected and eventually appointed to top government and management positions in the country.

Participation in the reserve, however, does not guarantee an appointment.

“I consider you, members of the reserve, as patriots who will bring our country to greater heights. You should understand that the biggest transformations in the country start from tiny changes in a specific area, region, city or village. Every citizen regardless of their position should strive to contribute to the uplifting of their country. This will begin your own story of success that together will open a new chapter for our country,” said Tokayev addressing the first participants of the reserve in January.

To be selected to the reserve, applicants must pass several stages, including aptitude tests evaluating candidate’s analytical and critical thinking skills, writing essays, presentation on candidate’s socially significant projects in his or her area of expertise, competency tests and an interview with an expert commission that will decide on whether to consider the candidate or not.