In the last 10 years, there have been significant developments in Kazakhstan’s manufacturing industry. The main objective of the industrial renewal program was to develop the non-extractive sector of the economy. 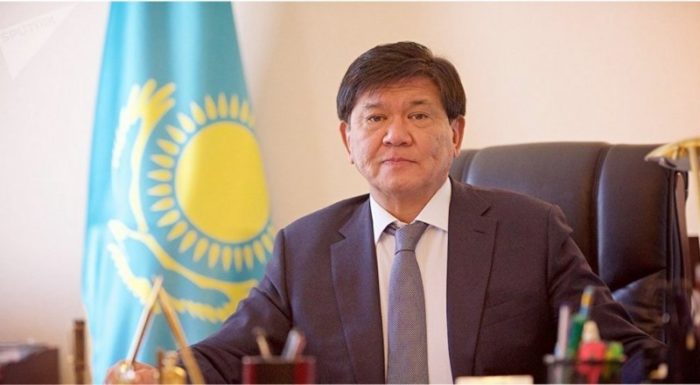 The national program on the accelerated industrial and innovative development was launched in 2010. The implementation of the first five-year industrialization plan started despite the ongoing global economic crisis, and it was decided to existing initiatives and projects in the country had to be supported. The industrialization program has supported almost all key sectors of the economy.

Therefore, in the period from 2010 to 2014, large funds were allocated for the development of prerequisite infrastructure. As a result, massive road projects were built (including the international project “Western Europe – Western China”) and railways were launched (Zhetygen – Korgas, Uzen – the state border with Turkmenistan). 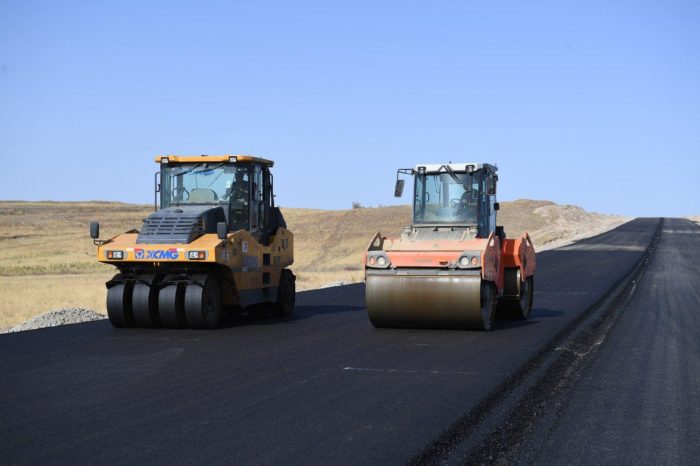 The issue of power shortages was resolved by building the Moinak Hydro Power Plant (HPP), the Ural Gas Turbine Power Plant (GSPP), the Kordai wind power plant as well as the restoration of Unit No.2 of the Aksu State District Power Plant. Solar, wind and gas turbine power plants and substations were all either rebuilt or built from scratch. In total, more than 30 power facilities have been constructed and renovated. Engineering infrastructure was brought to special economic zones. Logistic centers were created throughout the country. And all this was all part of just the first stage of the industrial program.

The program has also been seen as a signal for businesses to start investing into the country as the necessary legislative and institutional framework has been created. Measures of state support have been tested and found to be functioning.

All this made it possible to launch 1,300 projects worth more than 8 trillion tenge (US$19 billion). Some 200,000 jobs were created. Critics may point out that these are all state-supported projects, but the facts do not bear out this assumption. While the state implemented infrastructure projects including the construction of roads, bridges, industrial and engineering communications and provided a legislative basis for the development of industry, which did not exist before, 99 percent of enterprises were financed by private funds, investors, banks or funds from development institutions. 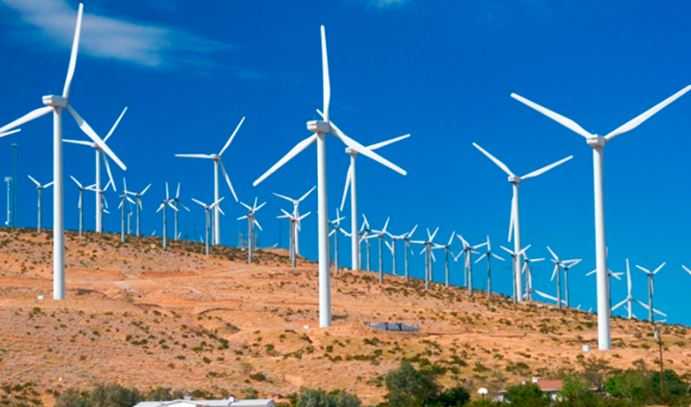 Now this investment is gradually starting to pay for itself. While, in 2010, the tax revenue in the processing sectors was inferior to those in the service sector (+ HoReCa), in 2019, the amount of taxes coming from the processing industry (1.4 trillion tenge (US$3 billion)) became almost the same as in as agriculture, transport, warehousing and trade (+ HoReCa) in the aggregate. It is also important to remember that the energy diversification process is already underway. Certainly, it is not possible to stop being dependent on oil in such a short time, because markets and industries take years to build.

Over 70 percent of production capacity in the manufacturing sectors has been created in just the past 10 years. Soon, almost all parts of the industry will be modernized or created in the process of the new industrialization (over the past 15-20 years).

At the same time, the pace of globalization is also higher (a trend which will no doubt continue despite the pandemic).

There have been failures in some projects, but neither private nor state initiative is 100 percent secured against market risks. The main challenges are changes in the conjuncture and sales markets, insufficient level of risk management, and so on.

In the United States, according to statistics, about 60 percent of small and medium-sized enterprises fail in the first five years. A similar situation was observed in China, where more than 60 percent of non-state enterprises go bankrupt within five years. In an open competitive environment, the closure of production is also a part of development. 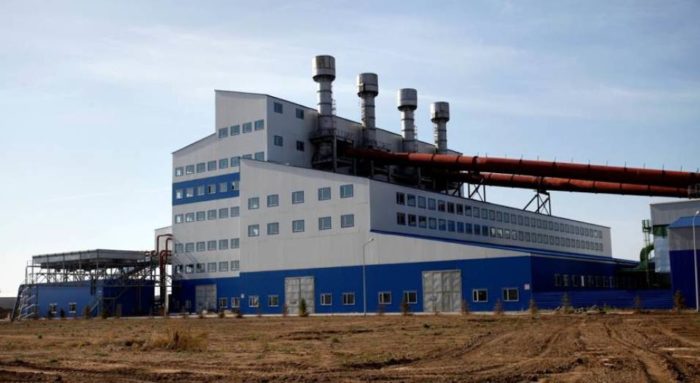 Almost 99 percent of industrial projects were implemented by private businesses. And any private initiative is associated with natural market risks, testing the strength of both the competitiveness of products and the quality of enterprise management. However, of the more than 1,300 projects introduced today, the number of failed ones stands at a meager one to two percent.

At the same time, some of the idle enterprises were reanimated (to a greater extent with the participation of development institutions, the state and local executive bodies) and re-started their activities. For example, Biochem (Bio Operations LLP), Silicium Kazakhstan (Tau-Ken Temir), Asia Ceramic (Zerde-Ceramic), and Utex (Alliance).

Nevertheless, there are positive results in various areas. Gradually, the manufacturing industry begins to show profits. Now that trade and many types of services are suspended and oil prices are volatile, industrialization has every chance of becoming a lifeline for the economy. We need a new locomotive that will pull other sectors along, because both the trade and services sector will be tied to it.

For example, a full cycle for gold has been achieved – from mining to smelting ingots, and our gold replenishes the gold and foreign exchange reserves of Kazakhstan. It should be noted that in 2020, for the first time in history, gold prices exceeded $2,000 per ounce.

The industrialization drive gave a start to the production of titanium ingots for world aviation. Key chemical and petrochemical plants have been created and modernized. Again, industrialization has made it possible to modernize all refineries, replenishing fuel shortages and improving product quality.

The food industry has received a new impetus to develop as well. Over 30 poultry farms have been built and modernized throughout the country. Also, large oil complexes and confectionary factories in several regions have been modernized.

The benefits of manufacturing can be seen especially on the backdrop of the pandemic, when countries began to act on the principle “it’s every man for himself.” We all remember the moments when, for example, the United States intercepted cargo with medicines, masks and ventilators bound for other countries and outbid them. 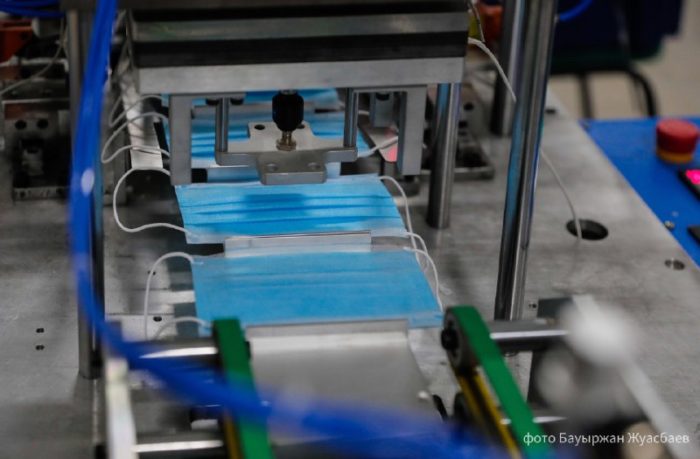 But in Kazakhstan, more than 90 percent of the drugs produced over the past 10-15 years have been released over the past five years. This means that domestic pharmaceuticals are actively developing and gaining momentum. There were problems with a shortage of drugs, however, domestic drug factories have the capacity to supply the domestic market. As soon as the problem of the market regulations and the shortage of raw materials purchased from abroad is solved, pharmaceuticals will develop even more rapidly.

Domestic factories (chemical, textile, medical products) quickly reacted to the pandemic. The bulk of these enterprises appeared just during industrialization. Now the production of medical and gauze masks, antiseptics, and personal protective equipment is under way. We produce not only simple things, but also tomographs, X-ray machines, express tests and reagents for them as well as emergency vehicles.

More than 10 enterprises produce three- and four-layer masks. 70 sewing companies produce fabric masks, medical gloves, and protective kits. The deficit we faced in March has been overcome. Masks are even being handed out for free to the public. Likewise, we gradually stopped feeling the lack of medicines. There are no queues at pharmacies that were seen even two weeks ago, which means that both production and delivery of medicines have improved.

In such a crisis, one wants to find and punish the guilty. We must admit that serious managerial mistakes were made in the early stages of the fight against the pandemic, but they do not concern our factories. We built new sectors of the economy with great efforts and were able to provide people with jobs that were not available in Kazakhstan before. I have already said that industrialization is changing the thinking of our fellow citizens. It is not a quick process, but we are already seeing that processing is feeding the country, providing jobs and basic necessities in these challenging times.

The industrialization program is one of the few sectoral programs that has been implemented consistently for 10 years and will continue for the period from 2020 to 2025 on the principles of continuity, consistency, and preservation of institutional memory and experience.

The author is Former Ambassador Extraordinary and Plenipotentiary of Kazakhstan to Belarus.