Hudyakov started his swim Aug. 5 at 5.15 a.m. from Cholpon-Ata, a summer resort town on the northern shore of Lake Issyk-Kul finishing at Kaji Say beach.

“I am glad I achieved this result. My efforts were not for nothing. I hope I can surprise my supporters with good results at the Tokyo Olympics next year,” said Hudyakov.

The water temperature was between 18 to 19 Celsius degrees, while the maximum depth reached 523 metres. Issyk-Kul Lake is the world’s seventh deepest lake.

Hudyakov’s father, who also happens to be his coach, Evgeniy Hudyakov said the swim was dedicated to the Tokyo Olympics and to support frontline medical workers fighting coronavirus.

“Last year, Vitaly and I managed to win a license for the Olympic Games in Tokyo. Vitaly and I wanted to make a special event dedicated to the Olympics and decided to organize this swim. The Olympics itself was supposed to kick off on Aug. 5. Honestly, I was thinking about jumping in about four times, because I was worried about Vitaly, but he managed to achieve this incredible feat,” said his father.

Previous results reached only 36 kilometres across the lake.

The final distance of 56 kilometres, instead of the expected 54 kilometres, taking into account the lake’s location in the mountain area at an altitude of 1600 meters above sea level and temperatures below 20 degrees of Celsius were among some of the biggest challenges for the athlete. 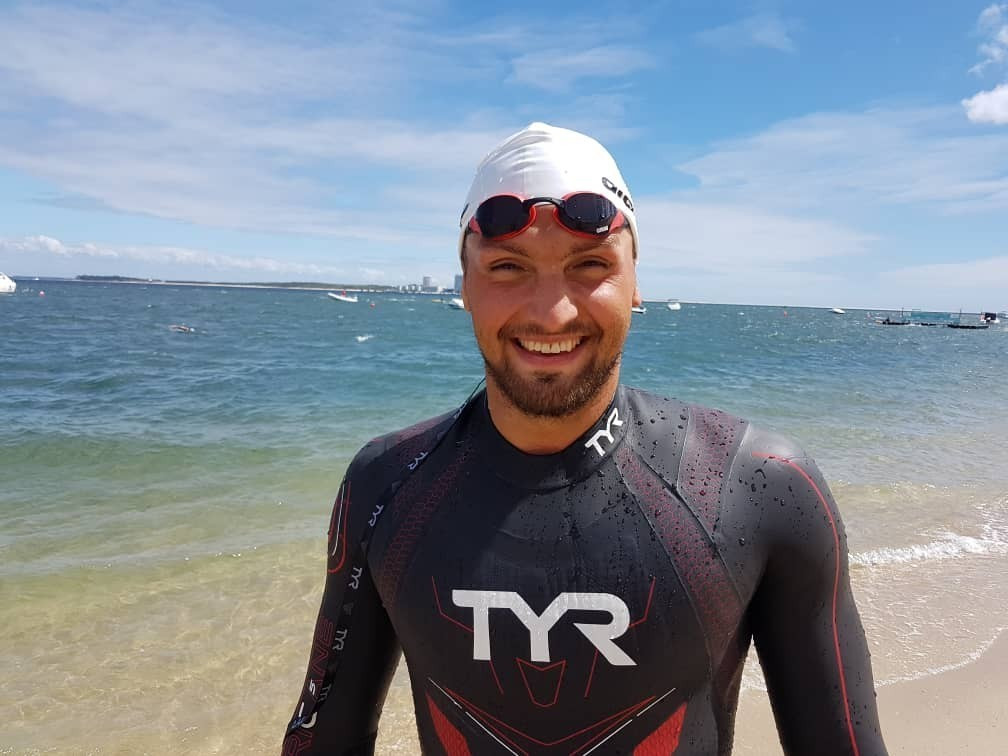 Hudyakov has been preparing for the swim since April. He started with small distances of 17, 25.5 and 35 kilometres. In June, he swam a total of 200 kilometres and nearly 300 kilometres in July.

As part of the training, he also ran marathon distances and went on long mountain hiking to strengthen his endurance.

“After the swim yesterday, he felt a bit sick. A big wave hit him on the way back and he probably got seasick. But today he feels well. He is satisfied with the work he has done. Swimming in open water is a strictly individual sport, which requires overcoming numerous difficulties, such as waves and the water temperature, so an athlete’s endurance plays a huge role,” said Hudyakov’s coach.