NUR-SULTAN – Adilkhan Yerzhanov’s “Yellow Cat” will compete at the 77th Venice International Film Festival, reported Kazakh Film Studio press service. The festival, which will kick off Sept. 2 and last through Sept. 12, will be the first major international film festival to not be held virtually after the COVID-19 outbreak – although with some safety restrictions still in place.

Announcing the lineup July 28, the festival’s Artistic Director Alberto Barbera said this year’s selection of featured films from all around the world was keeping in line with the festival’s mission to be a “window shop view of the best cinema production in the world.” 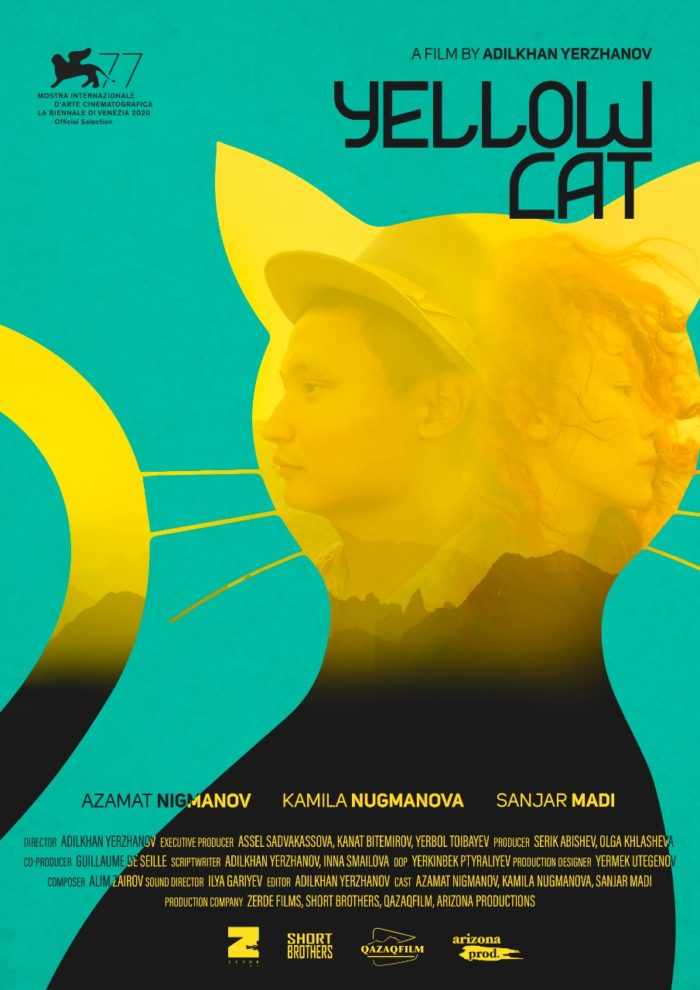 It tells the story of a young man named Kermek who returns to his hometown after serving a prison sentence. But his hometown is not the same as when Kermek last saw it. It is now ruled by a criminal gang and Kermek’s girlfriend Eva ends up under the gang’s influence.

Kermek finds himself involved in a life of crime, but with the goal of breaking free eventually with his girlfriend.

“For me, Kermek is the kindest character of those that we have created and it is interesting that it debuted in such a difficult time. Of course, I am happy with the Orizzonti. I think that today the live format of Venice is the best format for any film, in general. I am thankful to the team and jury for this opportunity,” said Yerzhanov, a two-times Cannes participant and winner of multiple international awards, including the latest Asia Pacific Screen Awards 2019, often referred to as Asian Oscars for his “A Dark, Dark Man” feature.

This year, the Toronto, New York, Telluride and Venice film festivals, some of the world’s major film festivals, made a decision to move away from their long-time competition model to a cooperation one amid the pandemic that has decimated the global film industry.

“We are sharing ideas and information. We are offering our festivals as a united platform for the best cinema we can find. We’re here to serve the filmmakers, audiences, journalists and industry members who keep the film ecosystem thriving. We need to do that together. We believe cinema has a unique power to illuminate both the world around us and our innermost perceptions. In a crisis, films can transport us. They can enchant, inform, provoke and heal. As we work through challenging circumstances this summer to prepare our festivals, we will work together, in support of the film,” read the joint statement.