By Aidana Yergaliyeva in Nation on 1 July 2020

NUR-SULTAN – Kazakhstan celebrated its Diplomatic Service Day on July 2nd. Kazakh Ambassador-at-Large Bulat Sarsenbayev spoke to The Astana Times about the history of the diplomatic service, the people who helped forge Kazakh diplomacy and the role of women in diplomacy. 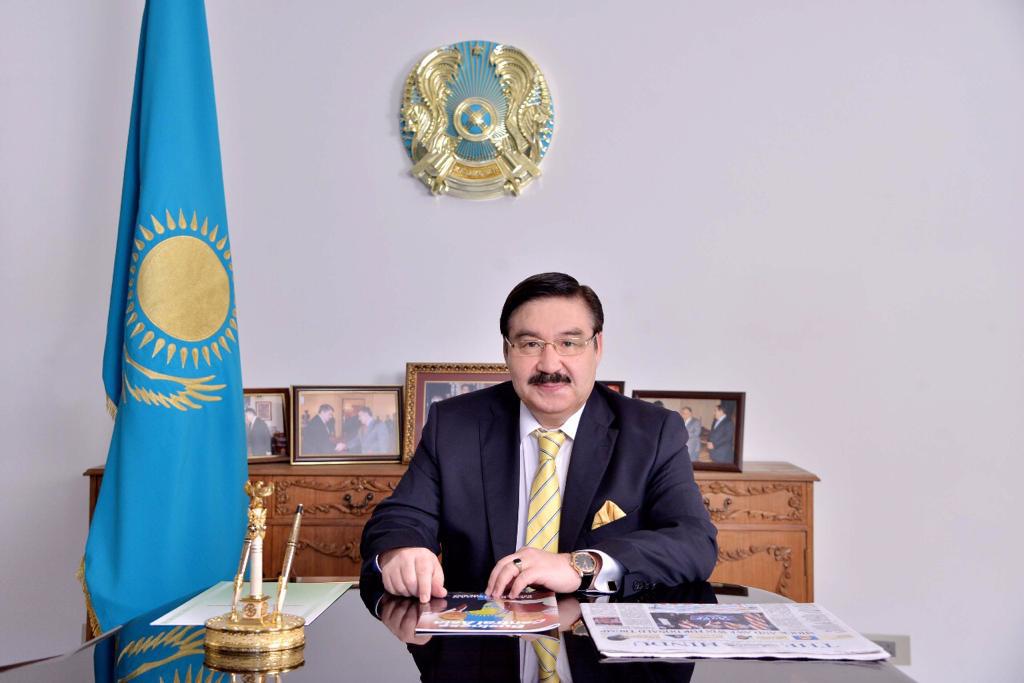 Sarsenbayev has himself been a pillar of Kazakh diplomacy for the past 23 years. He opened several embassies and played a role in the deciding debates over the demarcation and the delimitation of Kazakhstan’s borders, including the status of the Caspian Sea.

The diplomatic service professional holiday is a tribute to the day in 1992 when Kazakhstan’s First President Nursultan Nazarbayev signed a decree approving the regulations On the Ministry of Foreign Affairs, On the Embassy, and On the Basic Duties and Rights of the Ambassador Extraordinary and Plenipotentiary. 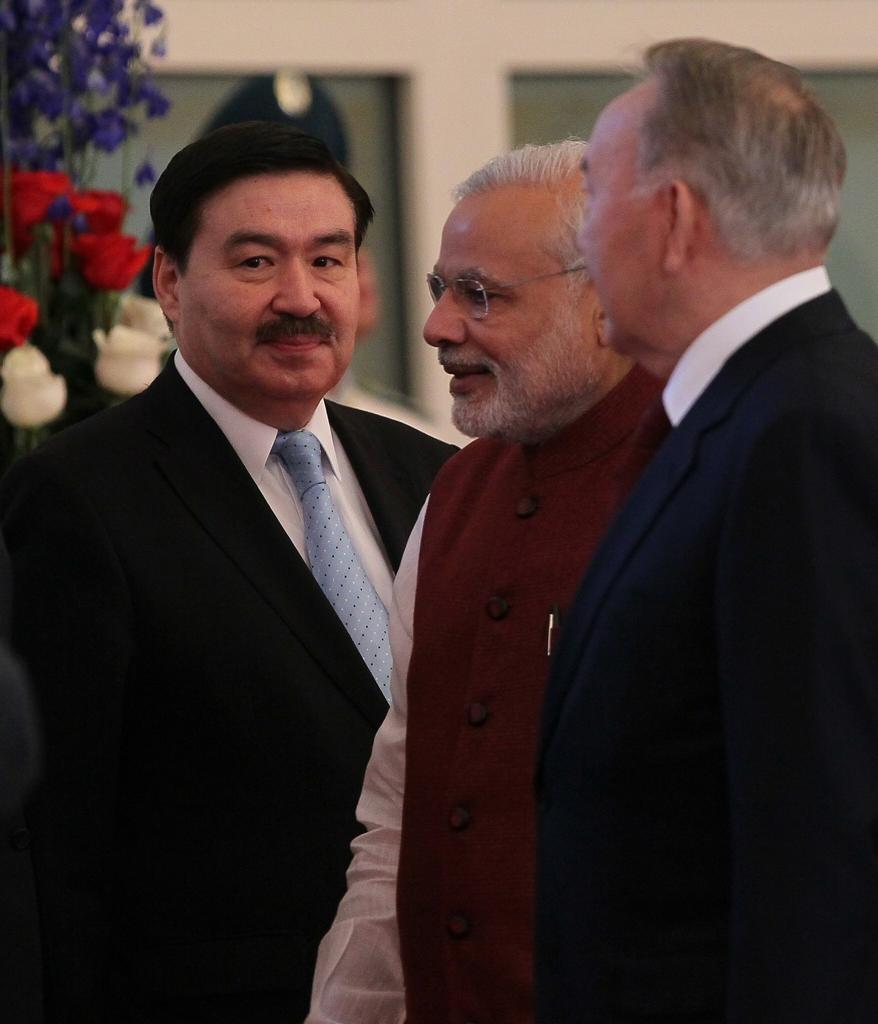 The Kazakh Ministry of Foreign Affairs (the MFA) has been Kazakhstan’s main instrument for the establishment and development of the country’s international image. Over the last 28 years, Kazakh diplomats maintained Kazakhstan as a sovereign, peaceful and open country. The Kazakh diplomacy has consolidated Kazakhstan as a leader in nuclear disarmament and non-proliferation, gave the country an international mediator role in the Astana Process talks to resolve the Syrian Civil War, as well as in the Congress of World Leaders promoting peace between different religions, cultures, and civilizations.

According to Sarsenbayev, the Kazakh MFA has existed since 1944, but was consigned to the limited duties around  “protocol-consular issues” before 1992. Closer to the end of Soviet Union, the Soviet government established the Ministry of Foreign Economic Relations, another institution with some influence in foreign affairs.

“It (the MFA) was small with just 15-20 staff in a cottage on Mira [Street in Almaty]. The Ministry of Foreign Economic Relation was a large administration with a lot of staff members with high qualifications. I worked in the legal department. We had been preparing agreements and were meeting foreign investors. But we only had a narrow directive of economic cooperation,” he said.

The new regulations in 1992 allowed the metamorphosis of the MFA from a small office with 20 people to the main institution promoting Kazakhstan’s interest abroad. During the first five years of its establishment the MFA’s main challenge was the shortage of professional diplomats because “during Soviet times, there were only a few Kazakh diplomats (in the country),” Sarsenbayev said. 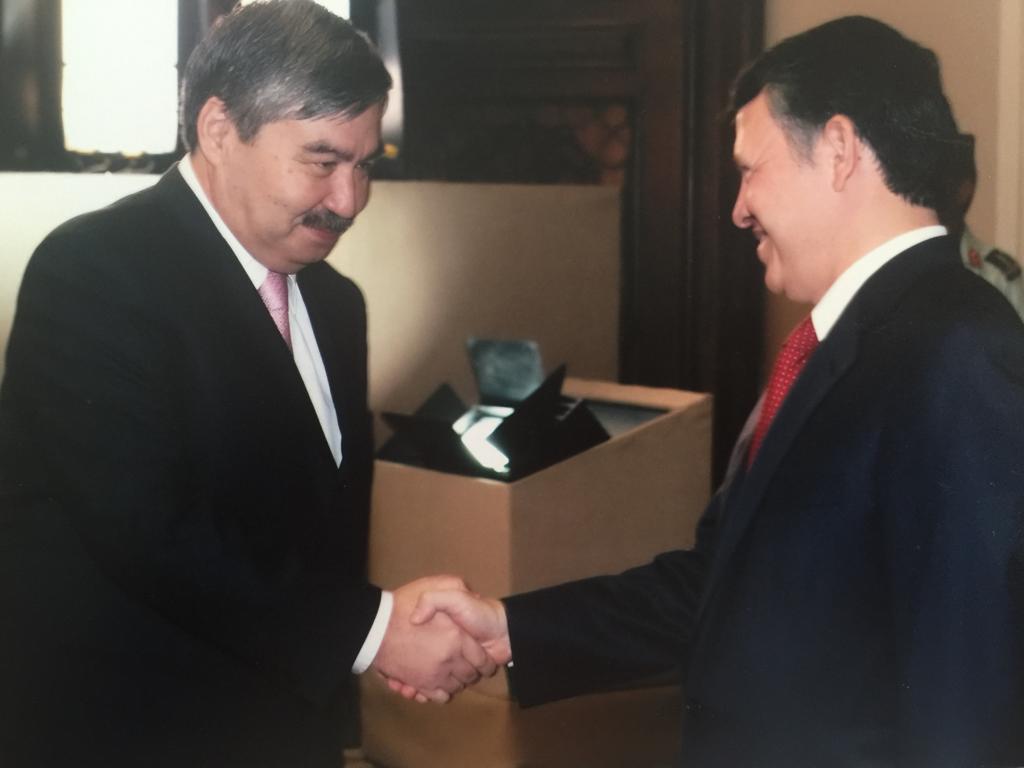 “1992 was an interesting period when Nursultan Abishevich Nazarbayev invited a group of diplomats from Moscow. These were our Kazakh professional diplomats who had previously worked in the central (Russian) MFA apparatus or in embassies of Soviet Union. They had the necessary professional experience,” he said.

There was the First Kazakh Foreign Minister Tileutai Suleimenov and now-current Kazakh President Kassym-Jomart Tokayev who came from the Moscow group. They are the people who “made up the core of the organization and began to build up the MFA,” Sarsenbayev stressed.

President Tokayev started as the first deputy foreign minister and had a long and significant contribution as a diplomat over the years. He served as a Kazakh foreign minister between 1994-1999 and 2002-2007. He played a crucial role in Kazakhstan’s agenda on non-proliferation of nuclear weapons. He was the one who signed the Comprehensive Nuclear-Test-Ban Treaty (CTBT) in New York in 1996, and the Treaty on the Establishment of a Nuclear-Weapon-Free Zone in Central Asia in Semipalatinsk in 2005.

By the time of Tokayev’s first term as a Kazakh foreign minister, the MFA had many professional diplomats who substituted “many akims (city mayor or regional governors) and other former ministers serving as ambassadors.”

According to the envoy, many Kazakh women also had equally important roles in building up the institutions and the Kazakh international image. The former Foreign Minister of Kazakh Soviet Socialist Republic Akmaral Arystanbekova, for example, represented Kazakhstan in the United Nations (the UN). In 1992, she became the first Kazakh representative in the UN and the fourth woman ambassador among 176 member states.

“It is believed that the UN representative is the No. 1 ambassador because [he or she deals with] all the most national questions all-together… And we had three women UN ambassadors in total,” he said.

In fact, Sarsenbayev began his diplomatic career as a counselor in the Kazakh embassy in Israel headed by the first female Kazakh envoy Byrganym Aitimova in March, 1997. She also served as the Kazakh ambassador in the United Nations between 2007 and 2013.

As of today, the MFA has a service consisting of approximately 20 percent female diplomats but according to Sarsenbayev: “there are still, of course, not enough women in leadership positions.” The low numbers seem to have a connection with the tendency among women to be less attracted to a position in diplomatic service because of strong gender roles in Kazakh society.

The stakes on the road to become a successful envoy today skyrocketed, going hand in hand with the economic progress in Kazakhstan. A contemporary diplomat speaks at least Kazakh and two foreign languages, has a broad knowledge in every aspect of the economy, but according to Sarsenbayev the most important qualification is that he loves Kazakhstan.

“You should always understand that you represent a country. All of Kazakhstan will be judged solely according to how you [as a person] behave. You are a visiting card of our country,” Sarsenbayev added.

By the age of 40, Sarsenbayev had established his authority in the highly reputable Cameron McKenna British law firm. But upon receiving the invitation, he left behind his career in law to pursue his childhood dream to become a diplomat.