Kazakhstan and Russia have signed July 21 an intergovernmental agreement on the implementation of a joint mineral fertilizer plant, primeminister.kz reported. Ambassador of Kazakhstan to Russia Yermek Kosherbayev and Russian Minister of Industry and Trade Denis Manturov signed an agreement on the implementation of the EuroChem Mineral and Chemical Company for the construction and operation of a plant for the production of mineral fertilizers in the Zhambyl Region. The deal was put inked and signed in Moscow. 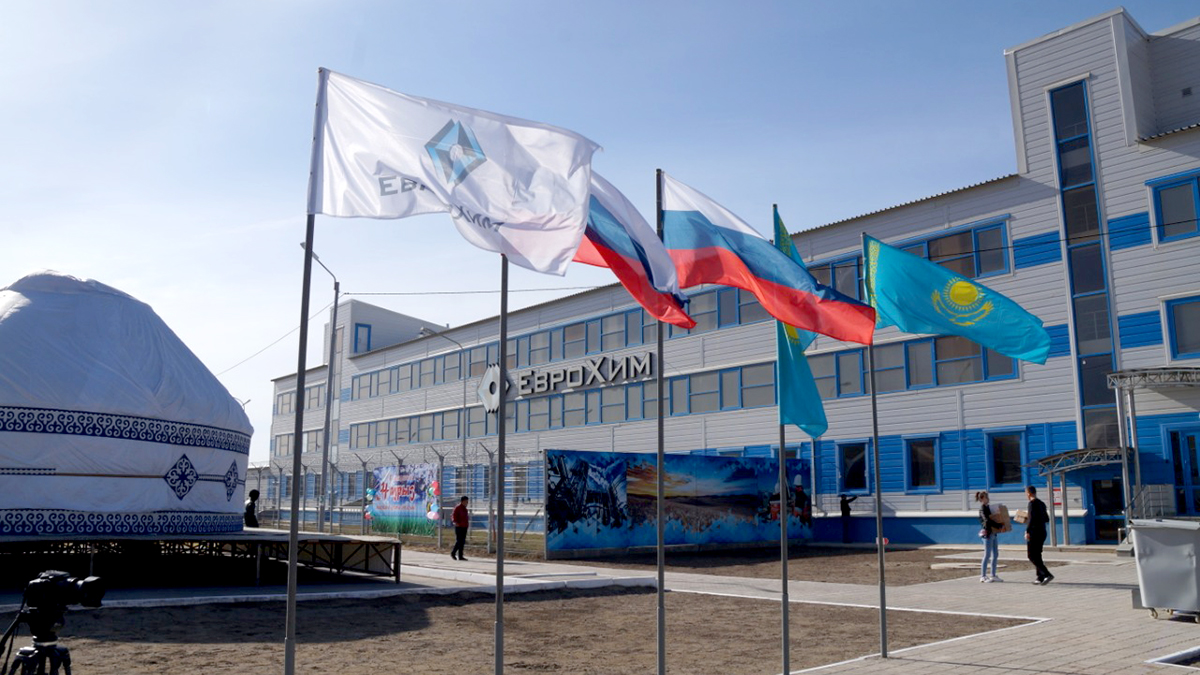 The project involves the development of deposits of the Karatau phosphorite basin in the south of Kazakhstan and the construction of a new plant for the production of mineral fertilizers and industrial products with a production capacity of up to 1 million tons.

“The new chemical factory will create at least 1,200 new jobs in the Zhambyl Region, and will also give a tangible impetus to the development of the manufacturing industry and agriculture and will contribute to improving food security, and the socio-economic development of the Zhambyl Region, increase the export potential of the Republic of Kazakhstan and significantly strengthen integration business ties between Kazakhstan and Russia,” said Yermek Kosherbayev.

The Russian EuroChem company has already completed the first stage of the project, which includes the exploration work and working to develop the deposit and the commissioning of a mining complex with a production capacity of 640,000 tons of phosphate rock per year. The newly signed agreement will open a new stage in the implementation of the investment project, which will allow the company to expand production and start the construction of a new plant for the production of at least one million tons of mineral fertilizers and industrial products annually. The completion of the construction of the plant is scheduled for 2025.

“The final products will be supplied to the domestic market in Kazakhstan, as well as for export – to China, the countries of Central and Southeast Asia and the Middle East,” said Denis Manturov.

EuroChem is one of the world’s leading producers of nitrogen, phosphorus and potash fertilizers. Among the company’s major investment projects are potash production at the Usolskiy Potash Plant in the Perm Territory, at the EuroChem-VolgaKaliy plant in the Volgograd Region and ammonia production at the EuroChem-North-West plant in the Leningrad Region. Last spring, the company’s management presented an investment project for the development of the Karatau phosphorite basin, where a new plant for the production of mineral fertilizers will grow. By that time, the company had already developed the commissioned production facilities and was preparing for the construction of innovative production using the best technologies of the chemical industry.

Russia is also the largest investor in the economy of Kazakhstan, Russian President Vladimir Putin stressed this at the end of 2019 at the Forum for Interregional Cooperation between Russia and Kazakhstan in Omsk, in which Kassym-Jomart Tokayev first took part as the president of Kazakhstan. Putin pointed out that Russian investments in Kazakhstan totalled $13 billion, while the accumulated Kazakh capital investments in Russia was almost $4 billion.

“More than 6,500 joint ventures have been created, which operate in various regions of our countries,” the Russian president noted.

Putin stressed that Russia is interested in deepening industrial cooperation and the creation of joint ventures with Kazakhstan along the border zone. According to him, there are already positive examples of such interaction, in particular, the construction of an oil refinery in the Orenburg Region, which will operate on raw materials coming from one of the Kazakh oil fields.