By Aidana Yergaliyeva in Society on 19 July 2020

NUR-SULTAN –  The Kazakh Research Institute of Culture recently found 150-year-old jewelry tools, one of the rarest categories of finds, during a dig at the Kultobe settlement in Turkestan, reported inform.kz. 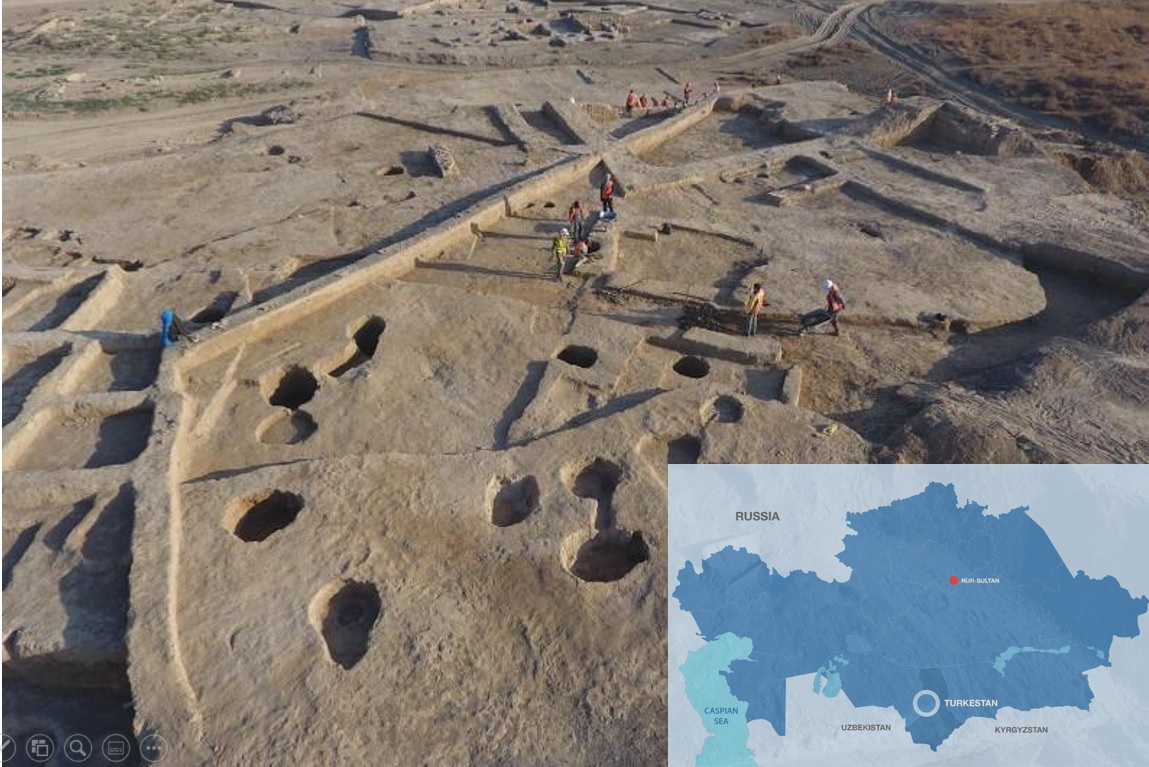 Kultobe is one of the oldest settlements in Turkestan, located 700 meters from the Yassawi mausoleum. Before Kultobe became the capital of the Kazakh Khanate, it was home to the Kangyuis, the Turks, later – the Arabs, among others more ancient tribes. 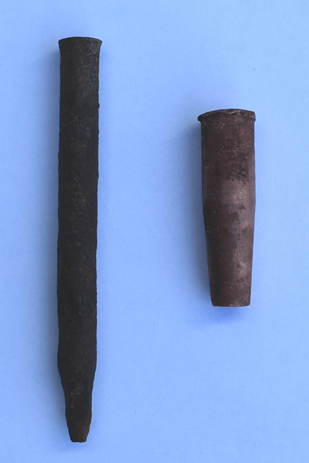 Engraving tools for applying ornaments and decor elements on the jewelry found in the Kultobe settlement. Photo credit: inform.kz.

The institute began archaeological research at the settlement in 2019. It is a three-year Eurasian Resource Group’s (ERG’s) project named Restoration of Historical Objects of the Kultobe Settlement. As the name suggests, the project aims to restore the pieces of the history of Kultobe, create an open-air Kultobe archaeological park, and reintroduce it as the crossroad of civilisations and the four historical eras.

“The archaeological artifacts found at the Kultobe settlement are more indisputable proof of the professionalized nature of the traditional jewelry culture in the region, the history of which goes back centuries,” said Aisulu Yerzhigitova, an ethnographer, archeologist, and the lead researcher of the ERG’s project.

The archeologists found two types of engraving tools for applying ornaments and decor elements on the jewelry.

“One of them is made of iron and is rather massive. Its length is 12 centimeters and one end is pointed. The second one is made of copper and is hollow inside… A Turkestan jeweler used them for quite a long time,” said Ruslan Sherbaev, a research associate, archaeologist, and restorer.

The researchers also found a copper casting mold. It is a tool that is mainly used in nonferrous metallurgy, which indicates the presence of this craft in the Kultobe settlement. The archaeologists suppose that it was used for casting female earrings. 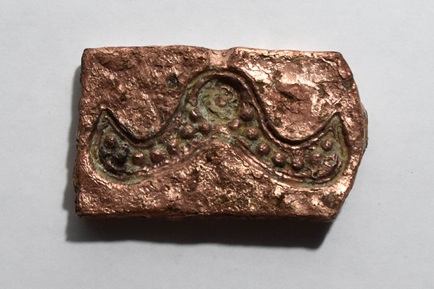 There are many samples of jewelry art of the early and late Middle Ages among the findings.

“The jewelry collection of the Kultobe settlement is quite unique. It contains samples of the early polychrome style dating back to the Kangyu era,” said Yerzhigitova.

In addition to jewelry and craft tools, the findings include alabaster idols, religious objects, coins from the Turgesh and the Russian Empire, glazed and non-glazed ceramics.

“On the whole, the Kultobe finds clearly demonstrate the role of Kultobe as a kind of crossroads of cultures where representatives of various ethnic communities and religious confessions peacefully coexisted,” said Andrey Khazbulatov, the general director of the Kazakh Research Institute of Culture.

One can find more details about these and other archeological finds at kultobe.com.