By Aidana Yergaliyeva in Astana on 11 June 2020

NUR-SULTAN – The Kazakh government has broken with the International Air Transport Association (IATA) unwritten rule of one three-letter geocode identifier per airport for eternity. Kazakhstan changed Nursultan Nazarbayev International Airport’s location identifier from TSE to NQZ on June 8. This new tag has already appeared in all reservation systems, boarding passes, luggage tags and information boards at the airport. 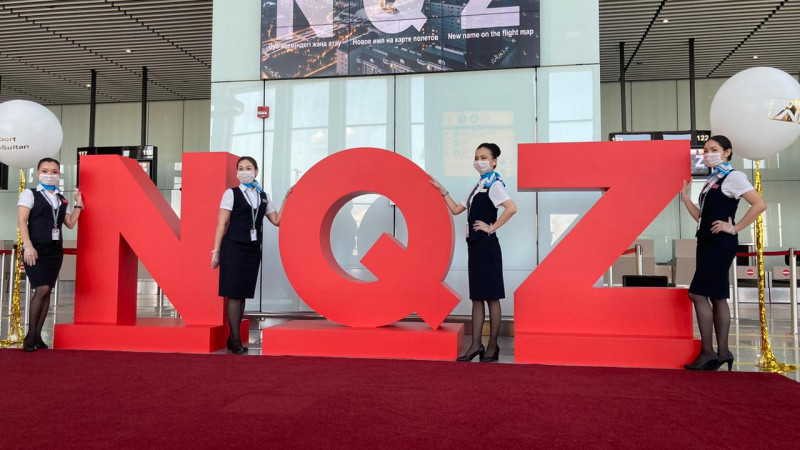 The Kazakh government had been negotiating this request with the IATA for the last six years. This is a big amendment as it opened the way for other airports to do the same.

“There are countries in the world that could not change their code for a long time. We came up with the initiative to change the resolution of the IATA,” Kazakhstan’s Civil Aviation Committee Chairperson Talgat Lastaev said at the June 8 press press briefing. “Now, according to the updated IATA resolution, there are now clear requirements for which instances you can change the code of an airport.”

NQZ is more representative of what the city has grown into from the original TSE for Tselinograd, the city’s name between 1961 and 1992. N stands for both Nursultan Nazarbayev airport and Nur-Sultan. QZ is an abbreviation for Kazakhstan spelled as “Qazaqstan” in the new latin alphabet.

Tselinograd also marked a new stage of development in the life of its 100,000 residents in the early 1960s. It became the development center of northern Kazakhstan and South Siberian tselina, which is a collective name for virgin lands with fertile-rich land resources.

Tselinograd’s legacy is still present on the right bank of Nur-Sultan: the Youth House renamed as the Zhastar Palace, Ishim Hotel – Grand Park Esil, as well as the Virgin Gardens that was later rebuilt into the Congress Hall.

The Kazakh capital has changed its name at least four times since the early 19th century. The chronology starts with the Akmola village growing into the Akmolinsk town, then Tselinograd, Akmola, Astana, and then, finally, Nur-Sultan. Kazakhstan’s First President Nursultan Nazarbayev renamed Astana in March of 2019.

In addition to these, Nazarbayev in his book “In the Heart of Eurasia” tells the story that the Kazakh capital’s territory dates back to ancient times, which is confirmed by the recent discovery of the Bozok medieval settlement, located five kilometers from Nur-Sultan. For several centuries, it was the political and spiritual center of the Sary-Arka great steppes.